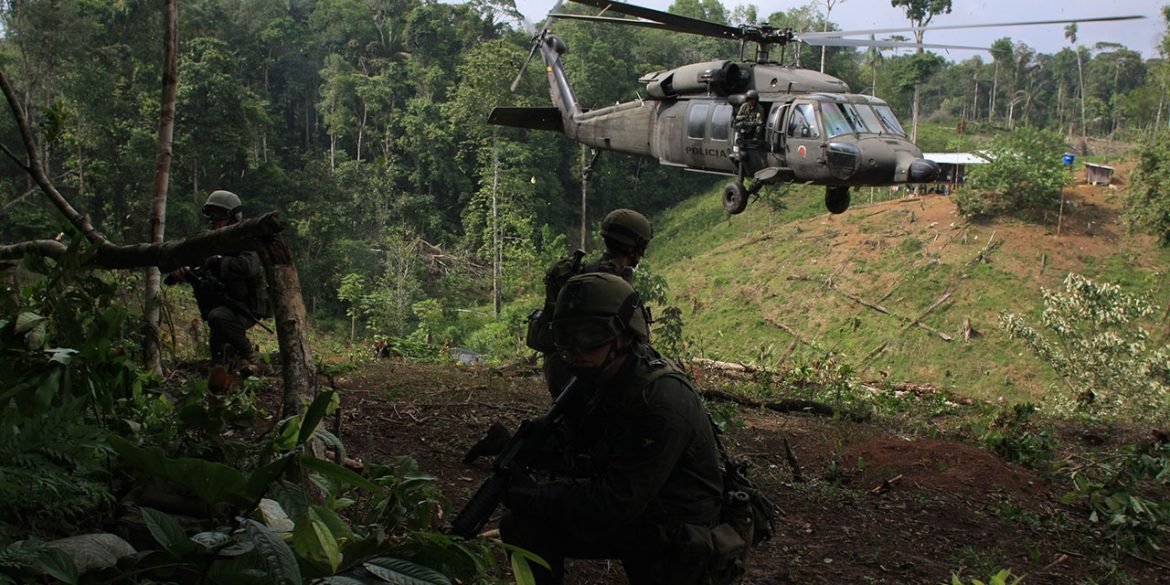 Colombia’s renewed war on drugs could get ugly, and solve nothing

The war on drugs could get ugly in Colombia after the country’s new government said it would ignore crop substitution agreements made with 75,000 coca-growing families and send in the military.

Two days after taking office, Defense Minister Guillermo Botero said that the government would withdraw from the agreements made between the previous administration, the United Nations and the farmers in May last year.

Botero bluntly said that “voluntary substitution is over” and that he would return to forcible eradication and aerial fumigation, breaking yet another state promise made in a peace agreement with the FARC.

The new policy ignores the advice of the UN and local experts who have warned that the government again breaking its word could result in increased violence, without providing long-term solutions to a decades-old problem.

“I believe the government has rushed for political reasons to ingratiate itself with the United States rather than for real efficiency” in reducing cocaine production, Camilo Gonzalez, director of think tank Indepaz, told television network NTN24.

Why things could get even more violent

Coca growers are mourning the death of more than 37 community leaders who were assassinated by drug traffickers since May last year for promoting the crop substitution program of former President Juan Manuel Santos.

These same communities now heard that the new government will now send in the security forces to attack their crops, ignoring all made agreements made between communities, the state and the United Nations.

Forced eradication is a military operation. This means the use of force, the use of helicopters, battalions on the ground, the illegal detention of peasants who are in the fields; in other words, there is a direct impact on human beings.

The security forces have the capacity to do hit and run operations in remote areas, but have failed to assume control over former FARC territories. This has created a power vacuum that has since been filled by guerrillas, paramilitaries and drug traffickers.

Now that the government is not just failing to provide security to the farmers, but sending in the military to confront the farmers, experts warn that the rural communities could seek protection with the illegal armed groups and the drug traffickers.

This could further weaken state authority in the coca-growing regions that have suffered state neglect and abandonment for centuries, and lack the infrastructure to take part in Colombia’s legal economy.

It is disconcerting that some community leaders who are participants in the voluntary program have been killed or subjected to threats from drug traffickers. Families have also complained of a lack of resources dedicated to the program and delays in the provision of complementary community and regional investments intended to improve infrastructure and address rural poverty. These challenges weaken the sustainability of the substitution agreements reached with local communities.

When states and drug wars fail

The UN has long rejected forced eradication and aerial fumigation, claiming that in 80% of the cases coca is replanted once an eradication or fumigation operation is over.

Furthermore, forced eradication and aerial fumigation have always produced curious results; between 2002 and 2012 the Colombian and US governments reported the destruction of more coca than existed according to the UN.

In 2006, for example, the US and Colombian governments claimed to have destroyed three times as much coca as the UN said existed. Despite the claimed successes, coca cultivation went up again the year after.

Coca cultivation vs eradication and fumigation

Billions of US tax payers’ dollars have gone down the drain because of the Colombian state’s chronic failures and corruption, and the violent resistance from illegal armed groups and organized crime.

Some of Colombia’s top drug traffickers have been in the drug trade since when George Bush Sr. was president and expect to still be in business when President Donald Trump steps down.

Cocaine production in 2016 was seven times higher than in 1993, the year in which Pablo Escobar was killed.

In order to seek a long-term solution to Colombia’s cocaine problem, former President Juan Manuel Santos committed to rural development and a crop substitution program that would allow the farmers to take part in the country’s legal economy.

The US, however, has refused to support this program because former FARC guerrillas are mediating between the state and the communities to take part in the now-abandoned program.

Colombia’s new President, Ivan Duque, has consistently opposed his country’s peace process and has shown no interest in complying with state commitments made to the guerrillas and society.

Ignoring the UN’s experience in other countries and local warnings about a further increase in violence, Trump and Duque are now returning to a policy that never worked before without any indication that the policy will work this time.