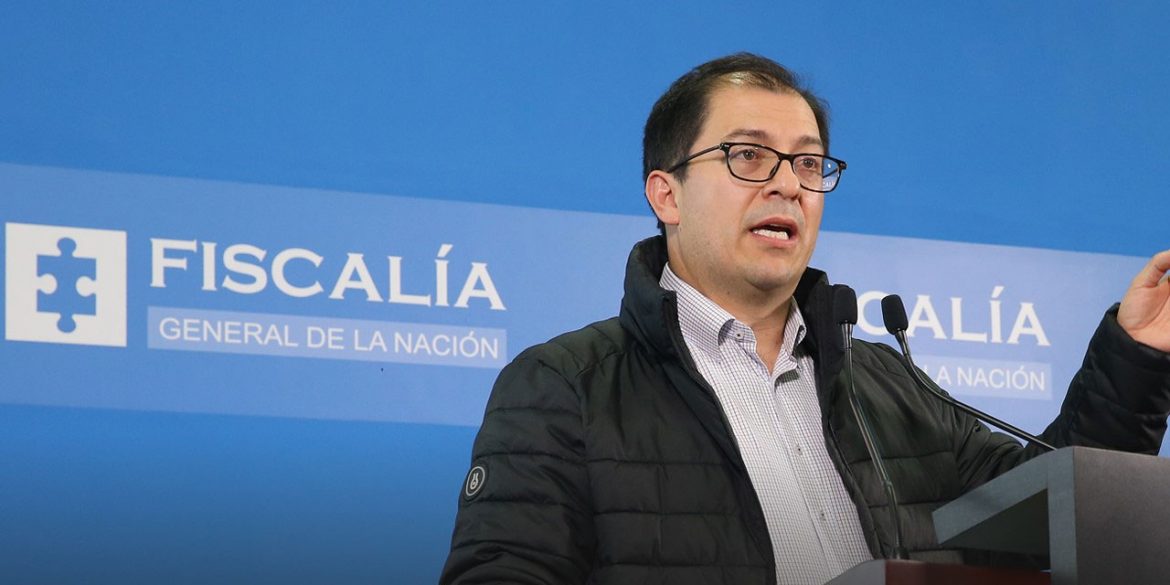 Colombia’s chief prosecutor hasn’t been in office for a month and is already neck-deep in trouble over organized crime and corrupt interests eroding his credibility.

On Wednesday alone, Prosecutor General Francisco Barbosa was forced to announce steps against his personal friend, President Ivan Duque, and was accused of obstructing investigations into the president’s political and financial patrons. 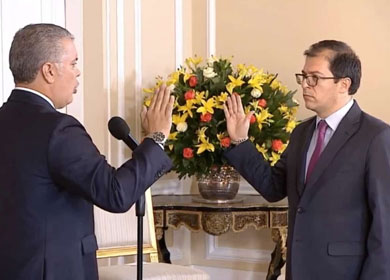 After the publication of wiretap transcripts in which a late mafia associate of President Ivan Duque said he was helping Duque rig the 2018 elections, Barbosa said he would forward this evidence to “the competent authorities.”

The Prosecutor General’s Office is the competent authority had the chief prosecutor’s decades-long friendship with the president not created a major conflict of interest.

The publication of a letter in which the former lead investigator of the Odebrecht bribery scandal implied Barbosa’s decision to sack her was impeding investigations into Duque’s political patrons, former Presidents Alvaro Uribe and Andres Pastrana, and the president’s financial patron, business mogul Luis Carlos Sarmiento, made things even worse. 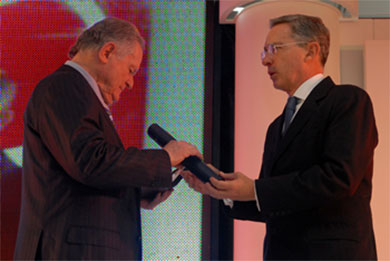 Mounting evidence that mafias helped Duque win the 2018 elections through vote-buying has put Barbosa in a corner only the Supreme Court can get him out of by appointing a special prosecutor.

The chief prosecutor is finding himself in a similar position with the Odebrecht bribery investigation in which Duque is implicated as much as his bosses.

The Supreme Court appointed a special prosecutor because of the evident attempt to cover up the Bribery of Odebrecht and its Colombian partner, Sarmiento’s Grupo Aval, by former Prosecutor General Nestor Humberto Martinez.

An independent investigation of both the Odebrecht scandal and the election fraud scandal is almost impossible because they both implicate Colombia’s most powerful people in politics and the private sector.

Conflict of interest 1: the 2018 election rigging

While promising to forward evidence of Duque’s involvement in the rigging of the 2018 presidential election, Barbosa was quick to  claim that the decision not to investigate this was made in August last year under the watch of his predecessor.

Although this situation occurred during the administration of Mr. Fabio Espitia, the Prosecutor General in charge, this office will send copies to the competent authorities for the appropriate purposes.

The chief prosecutor left in the dark who “the competent authorities” and what the “appropriate purposes” are as the investigation of Duque’s alleged involvement in criminal activity is the responsibility of Barbosa.

Journalist Gonzalo Guillen filed election fraud charges against Uribe before the Supreme Court, forcing Barbosa to announce anything to avoid a court order and possible charges for criminal neglect.

The senior journalist left the wiretap transcripts of Hernandez’s claim he was managing Duque’s wiretapping operation in the Caribbean region with the court.

The Prosecutor General reluctantly agreed to investigate claims by a fugitive politician over Duque’s alleged election rigging, but only after a meeting with the Supreme Court that is investigating the same allegations last month.

Barbosa hadn’t even wiped the sweat off his forehead over the election fraud scandal when he was confronted with the Odebrecht scandal.

The chief prosecutor on Tuesday sacked Amparo Ceron, the lead investigator into the bribery practices of the Brazilians and the corporation of Duque’s financial patron on Monday, which evidently pissed her off.

In a letter that was leaked to the media, Ceron wrote “I hope that your decision did not originate from the… summonses to force former presidents Andres Pastrana and Alvaro Uribe to testify under oath.”

According to the prosecutor, she was fired hours after she informed Barbosa’s deputy “about the decision to summon Mr. Luis Carlos Sarmiento to testify under oath, since his companies are partners in the Ruta del Sol Phase II road infrastructure project” implicated in the bribery scandal.

Barbosa responded he was forced to “reorganize, unify and strengthen” the investigation that has been marred by irregularities.