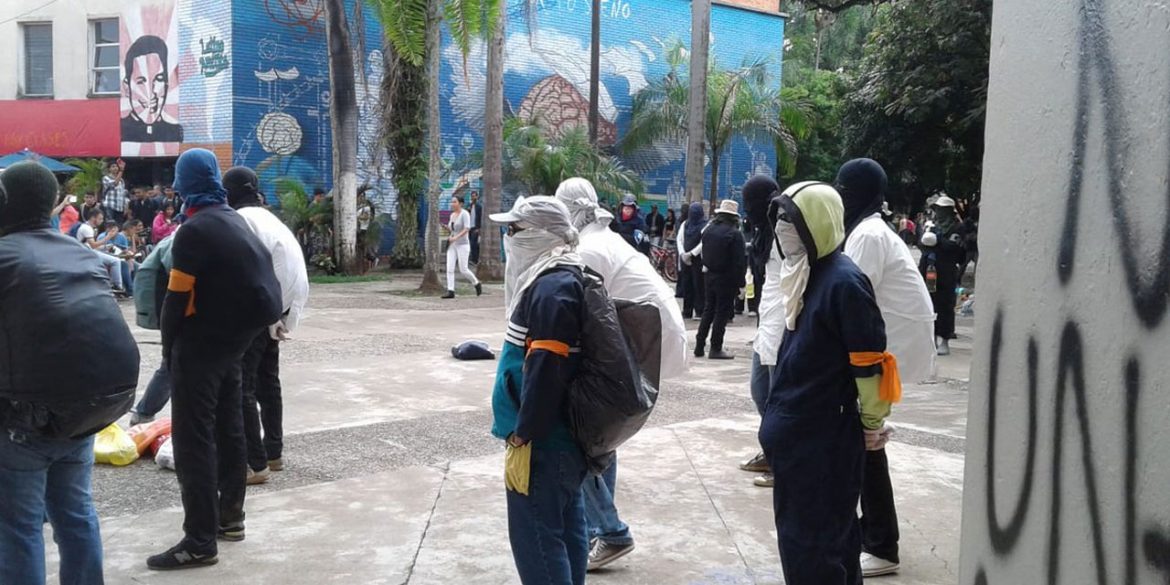 Students told local newspaper El Pais that the protest sought to reject the death of a fellow-student in an explosion that killed nine in the Dagua municipality where thousands of native Colombians have gathered in protest.

The government official rejected the riots that also damaged buildings inside the Univalle campus and several buses.

“Protesting is one thing, but the acts of terror we have seen are an entirely different thing,” Villamizar said.

The riots in Cali come less than a week after similar violence broke out at the University of Antioquia in Medellin, Colombia’s second largest city.

Also the protests organized by indigenous nations have been marred by unrest, but this violence has mainly been attributed to police and guerrilla groups.

The native Colombians, who also receive the support of black minority and peasant organizations, have been protesting for weeks in an attempt to force the government to respect their rights and comply with agreements made in the past.