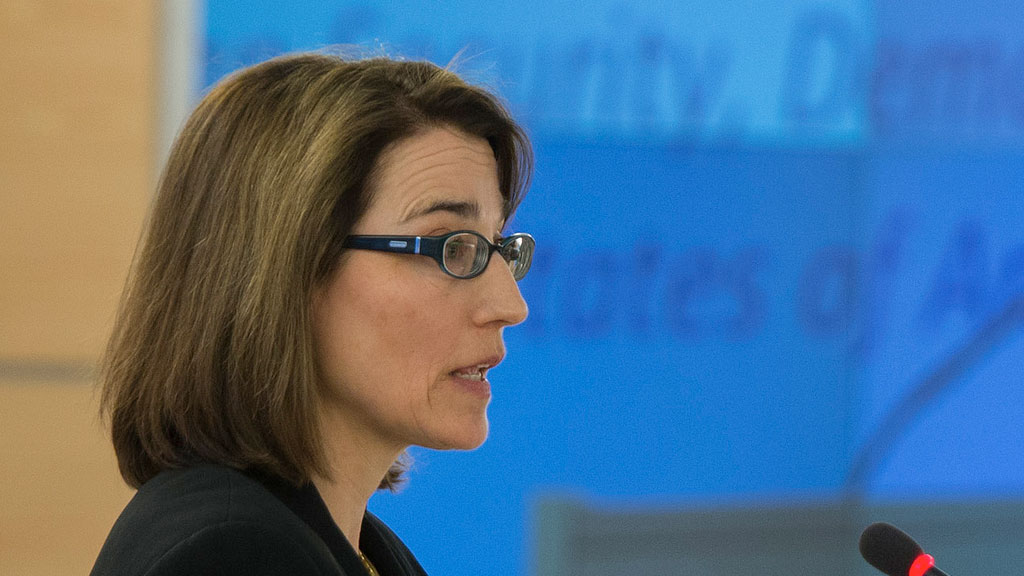 US President Barack Obama has sent a second top official to attend Colombia’s peace talks, while Republicans stress a peace deal must not harm US interests in the region.

Under Secretary of State for Civilian Security, Democracy and Human Rights, Sarah Sewall, arrived in Colombia on Wednesday, and will stay until Saturday to meet with a range of Colombian government officials and non-governmental representatives.

This reinforcement of US support in the peace process adds to the appointment of Special Envoy Bernard Aronson, who last week was sent by President Obama to monitor the ongoing negotiations.

Sewall’s arrival underscores a continued US presence in the complex peace process, which aims to put an end to the half-century long attempt of rebel group FARC to overthrow the Colombian government.

While US support has been consistent since talks between the FARC guerrillas and the Colombian government began in 2012, it has been distant. The sending of these US officials will provide direct engagement on a full-time basis.

However, Republicans have urged the US representatives to consider the impact of a peace deal on the interests of the United States.

In a letter directed at Aronson, Senator Marco Rubio (R-FL) warned of the potential for a “serious and long lasting effect on the national security interest of the United States.”

Rubio, nicknamed the “crown prince” of the conservative Tea Party movement, requested that “any potential outcomes do not weaken the integrity of our bilateral security efforts.”

The conservative senator has previously met with former Colombian President Alvaro Uribe who has opposed the peace talks. Rubio is also a member of the Subcommittee on Western Hemisphere and Global Narcotics Affairs, which has dealt with the FARC’s drug trafficking activities.

The extradition of notorious Colombian drug traffickers and terrorists, including members of the FARC, to the United States to be held and convicted has been a long-standing component of US involvement in the peace process.

The role expected by the US Administration of Special Envoy Aronson includes protecting US interests in preserving these extradition policies.

However, according to the Congressional Research Service, “Conceivably, the United States may be asked to consider new policies derived from proposals made at the negotiating table, which might include limiting extradition to the United States of FARC members associated with drug trafficking, or possibly reviewing the FARC’s designation as an FTO.”

This potential for change fuels Republicans’ fear that the US national interest will slip from priority.

An long-discussed example is the extradition case of “Simon Trinidad”, a FARC leader currently serving a 60-year prison sentence in the US.

Leftist guerrilla group FARC has asked for their fellow-rebel’s release since before the peace talks began in November 2012, claiming Trinidad’s release would be an “immense contribution to peace in Colombia.”

Simon Trinidad was convicted in 2007 of conspiring to kidnap three US military contractors, who were held by the FARC between 2003 and 2008.

However, Colombian president Juan Manuel Santos told Spanish newspaper El Pais that he would be asking the United States to remove FARC members from the extradition list. “It is my responsibility to use the relationship with the United States for the seeking of a solution to this,” Santos explained.

Rubio explicitly urged the Special Envoy to oppose this.

FARC leaders are hugely encouraged by the increased US presence. In a statement from Havana, they vocalized that a more direct US involvement is “a necessity, given the permanent presence and impact that the United States has in Colombia’s political, economic, and social life.”

“Peace can only be made by Colombians themselves,” Aronson stated last month. “We have no blueprint made in Washington to offer. We will not take a place at the negotiating table, but we can push, prod, cajole and clarify, and help wherever we can.”

UNDER SECRETARY OF STATE SENT TO COLOMBIA, US Department of State

Rubio Urges New U.S. Envoy To The Negotiations With The FARC To Reject FARC’s Demands For U.S. To Release Narco-Terrorists, Marco Rubio

What Does the New U.S. Special Envoy Mean for Colombia’s Peace Process?, WOLA