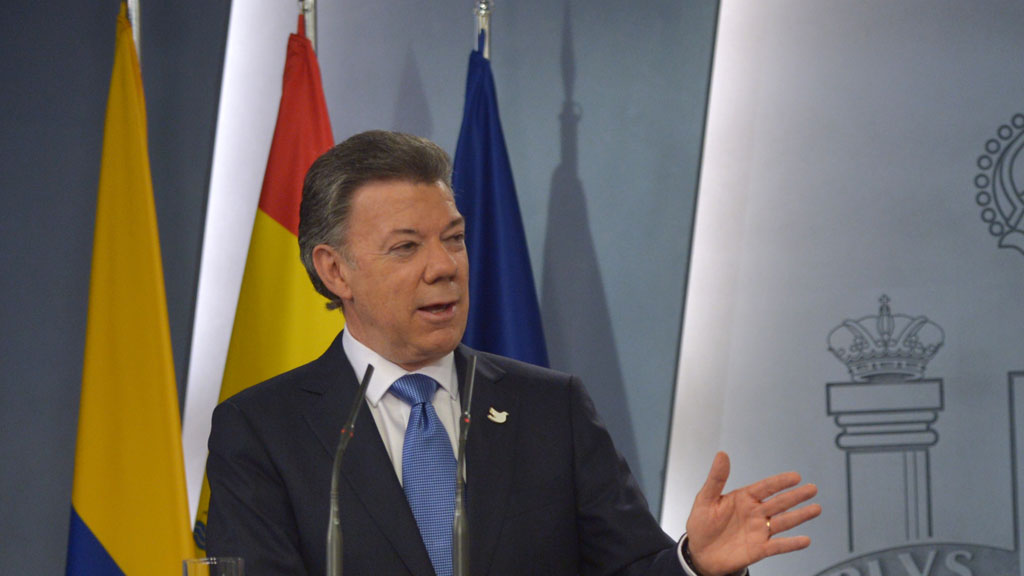 Colombian President Juan Manuel Santos has denied claims that he has asked the United States to repatriate “Simon Trinidad,” a FARC leader who is currently serving a 60-year prison sentence in a US prison.

Former Israeli Foreign Minister Shlomo Ben-Ami stated over the weekend that Santos had asked the US Vice President, Joe Biden, to review Trinidad’s legal situation in order that the guerrilla leader could participate in the ongoing peace talks.

However, Santos in turn denied approaching the United States with such a request.

At a press conference in Madrid, the Colombian president was asked if his administration had indeed proposed Trinidad’s repatriation to Washington. He responded that the issue had not been raised.

“What Shlomo Ben-Ami told me is that he assumed I had broached the subject with Vice President Biden,” Santos explained.

At the end of the process the Colombian president will raise the issue of extradition with US authorities, he said, insisting that so far it has not been discussed.

He described the matter as an “issue that is complex, that is difficult, but that must be resolved.”

Simon Trinidad was convicted in 2007 of conspiring to kidnap three US military contractors, who were held by the FARC between 2003 and 2008.

The Colombian president previously told Spanish newspaper El Pais that he would ask the United States to remove FARC members from the extradition list, explaining that “nobody is going to surrender their weapons to go and die in an American prison.”

The FARC have been fighting the Colombian state since 1964.

The United States has long played an active part in the conflict and spent billions of dollars in the first decade of this century to support the Colombian state’s military offensive that pushed the rebels to the periphery of the country.

Since the peace talks in Havana began, the warring parties have agreed to a rural reform, political participation for the rebels, and the FARC’s abandoning of drug trafficking.

If the negotiators can come to consensus on transitional justice, victim reparation and a truce, the 50-year-old conflict will come to a formal end.