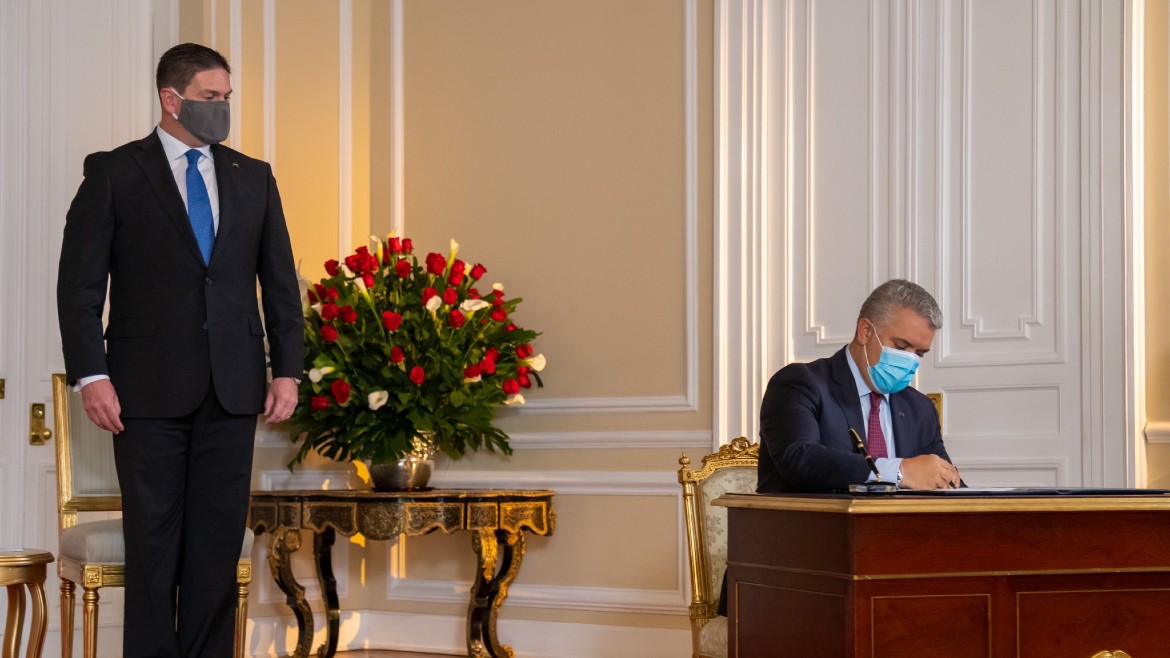 Colombia’s far-right President Ivan Duque swore the nephew of a convicted drug trafficker in as his new ambassador in the United States on Monday.

Pinzon was a defense minister of former President Juan Manuel Santos and is the nephew of convicted drug trafficker Jorge Bueno sought to run in the 2018 presidential election.

A Florida court sentenced the new ambassador’s uncle to life in prison in 1995 when Pinzon was no older than 23.

The Duque administration has become characterized over its members’ proven and alleged ties to the mafia, and drug traffickers in particular.

The president’s far-right party and political patron, former President Alvaro Uribe, are being investigated for allegedly conspiring with a money launderer to rig the 2018 elections.

Uribe in 2002 admitted to being a former associate of the Ochoa crime family, which founded the Medellin Cartel with late drug lord Pablo Escobar.

The fugitive niece of the former president is wanted in the US for allegedly laundering money for her family whose drug trafficking activities also go back to the Medellin Cartel days.

Escobar’s cousin, Senator Jose Obdulio Gaviria, is a leading lawmaker of Uribe’s Democratic Center party as well as the daughter and niece of two of the late drug lord’s former frontmen.

The brother of Vice-President Marta Lucia Ramirez is a convicted drug trafficker and the VP’s husband is being investigated for his role in the alleged money laundering activities of alleged kingpin “Memo Fantasma.”

Colombia’s former ambassador to Uruguay was forced to resign last year after American authorities traced cocaine found on US airports to three cocaine labs found on the family estate of the former diplomat.

US Congress has shown no concern about Duque’s murky political allies and plans to continue sending counternarcotics aid to Bogota in 2022.