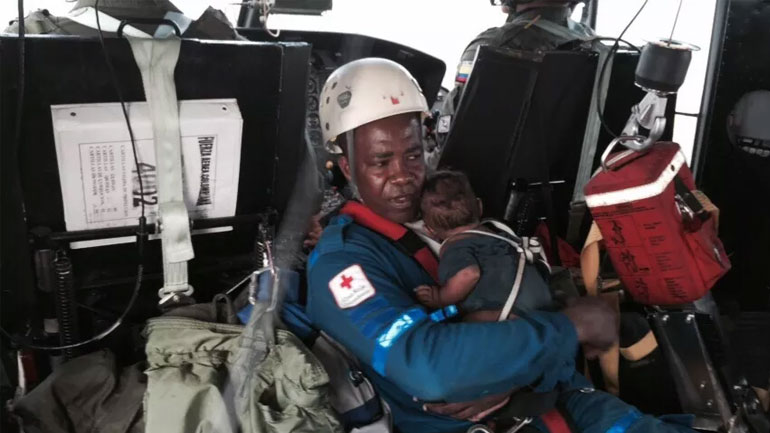 A mother and baby were miraculously found alive five days after the airplane they were traveling in crashed in the jungles of west Colombia, killing the pilot.

The 18-year-old mother, Maria Nelly Murillo, and her five-month old baby Yudier were found at 400 meters from the crash site on Wednesday by rescue workers who had suspected the two had survived the initial crash.

The baby showed signs of dehydration while the mother had suffered severe burns in the crash and was close to succumbing to her injuries.

After surviving the crash, the mother and baby survived drinking water from local jungle streams and eating coconuts.

Rescue teams had to move into the area with great care as the region is considered a red zone because of the presence of two guerrilla groups, the FARC and ELN, and armed drug-trafficking group the Urabeños.

When members of the air force were able to reach the aircraft, they found the door had been opened from the inside and a search bloc was formed.

“We began to worry because we had no idea what would have happened to them It was possible they were lost in the jungle finding ways to survive, or had died,” colonel Luis Carrascal of the Air Force told weekly Semana.

Red Cross workers and military personnel began combing the area by foot and by air, calling the mother’s name, hoping to find the two survivors of the crash alive.

Red Cross workers finally found her on Wednesday at 400 meters of the crash site.

“This is a miracle,” Carrascal said, explaining it is virtually impossible to survive five days in a jungle that is not just home to illegal armed groups, but snakes, mosquitoes and crocodiles.

The mother and baby were immediately transported to a hospital in Quibdo, the capital of the Choco province where the plane had crashed.

The mother reportedly told rescue workers that immediately after the crash she had been able to kick open the door and leave the airplane. However, when it caught fire, she moved back and rescued her baby through the flames.

Both mother and baby are recovering in the hospital.