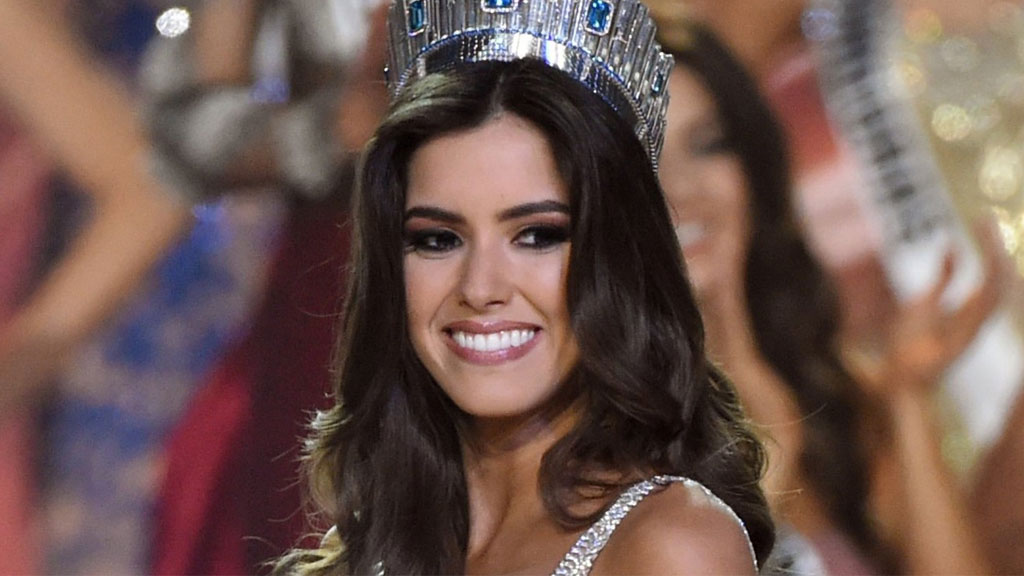 Miss Universe, Colombia’s Paulina Vega has rejected the invitation of her country’s largest rebel group the FARC to visit the ongoing peace talks with the government in Cuba.

Visiting her native Colombia for the first time since she was elected Miss Universe, Paulina Vega said on Monday that the guerrilla’s invitation was not “relevant.”

“I have not met with the FARC,” stated the beauty queen in a press interview in Bogota.

“If it would have been useful, I would have gone, but if it is just to talk with them for them to tell me how things are going, I don’t think that it is relevant,” Vega explained.

After her coronation in January – which aroused great pride in Colombia – Vega told a Colombian newspaper that she was “willing to go to Havana so that peace is signed.”

She was subsequently invited by the FARC to meet at the peace negotiations that have been ongoing between the rebel group and the government since November 2012.

In a direct letter, the rebels invited Vega to take the trip to Cuba, “to show her the progress made in the process of talks.”

According to the guerrillas they were keen to “hear her opinions as a valuable contribution to peace.”

However, Vega believes that the trip would not have served any purpose.

“We have taken the most intelligent decision: to leave the matter to the president and the government,” said Vega, who is on a week-long tour of Colombia.

The internationally acclaimed beauty will meet with Santos as well as visit the Caribbean region, from where she originates.

Discussions between the guerrillas and the administration of Colombian President Juan Manuel Santos intend to end the more than 50-year-long conflict that has killed more than 7 million.

Since 2012, partial agreements have been reached on rural reform, the FARC’s move from war to politics, and the rebels’ abandoning of drug trafficking, one of the guerrillas’ main sources of income to fund their war.

Though there has been growing optimism for a successful conclusion, a FARC attack earlier this month killed 11 soldiers in a breach of the unilateral ceasefire that the rebels agreed to in December last year. The two warring parties still have to find agreement on the final end to the conflict.