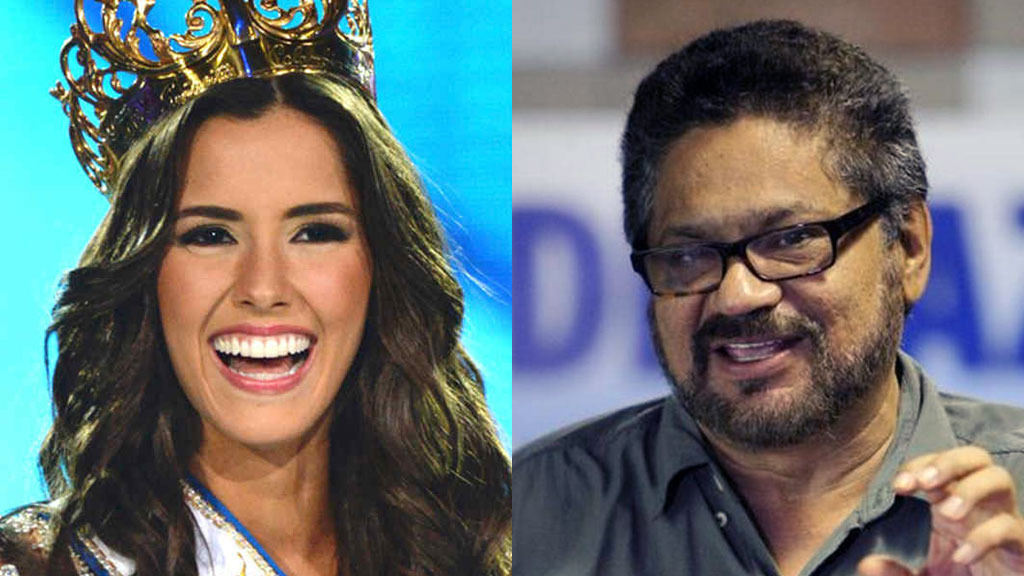 The FARC responded positively to recent remarks from the newly crowned beauty queen, who had shown interest in supporting the talks.

“I am willing to go to Cuba so that they sign peace,” Vega told a Colombian newspaper earlier in the week.

What a beauty queen could contribute to a peace process is unclear, but the FARC said that they ” have read with great interest about her desire to contribute with her activities to obtain peace and reconciliation between Colombians.”

The FARC invited Vega to take the trip to Cuba, “to show her the progress made in the process of talks.”

According to the rebels they are keen to “hear her opinions as a valuable contribution to peace. We hope she will confirm.”

The peace talks have been ongoing since November 2012 and have since resulted in agreement on three points of a five-point agenda.

The last two points, victims and the end of conflict, are currently being negotiated.

If successful, the negotiations will end 50 years of armed conflict between the state and the continent’s largest and oldest-living rebel group. 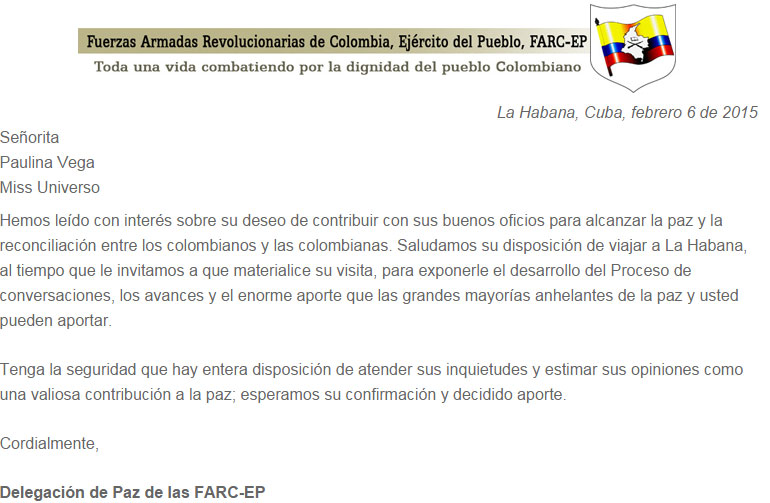