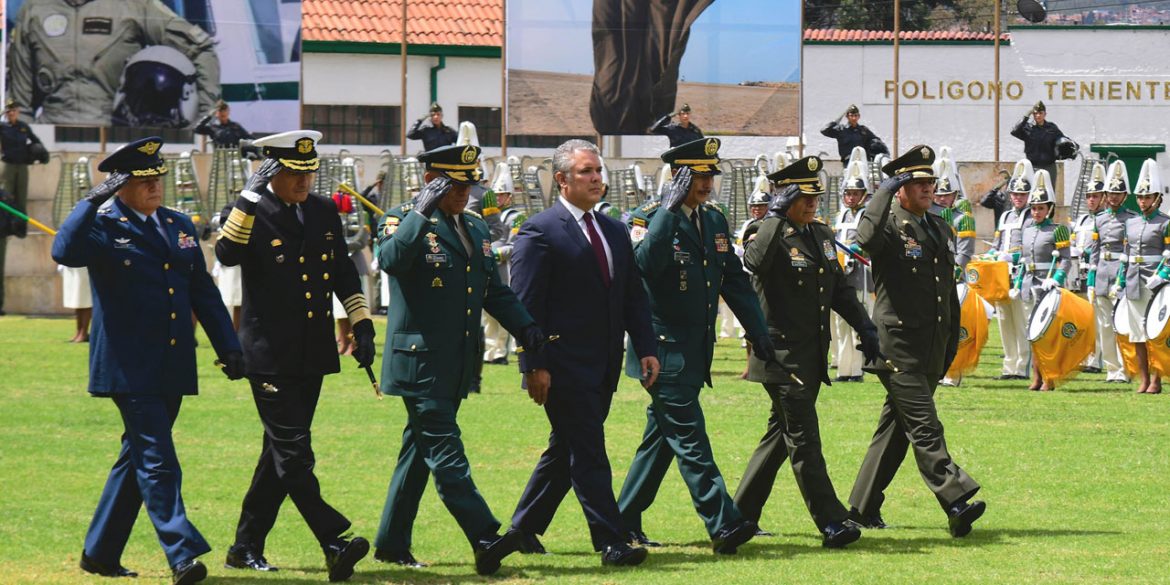 Colombia’s President Ivan Duque on Friday said the military defends national interests in response to revelations he authorized the bombing of a FARC dissident camp that killed at least eight children.

The August 29 bombing in reaction to the announced rearmament of the FARC’s former political chief, “Ivan Marquez” earlier that day appeared to be a deadly publicity stunt, but Duque denied this in an interview with newspaper El Heraldo.

After three days of avoiding the media like the plague, the president agreed to be interviewed by the newspaper whose reporter on Wednesday was beaten up after asking the president about the bombing.

“Military operations are and have been carried out in the national interest for many years when these criminal structures have been confronted, be it through bombings or confrontations,” the president told the newspaper.

Many times there have been situations where there are people who are under 18 who have been recruited and are exposed to such confrontations, this is something we all regret.

Criticism of resigned defense minister ‘of a political nature’

Despite congress seeking to remove Defense Minister Guillermo Botero from office over a multitude of scandals, Duque insisted that Botero’s resignation was an “act of patriotism.”

The president dismissed the mounting criticism of the defense minister who resigned on Wednesday as “attacks of a political nature.”

Botero had been the target of many attacks of a political nature and obviously I believe that, in the face of this wear and tear, he took a decision that, as I said, he made with a sense of patriotism.

The majority of parties in Congress, including members of Duque’s minority coalition, wanted the minister to resign over alleged failures to promote and defend both national and public security.

Having lost one of  the key members of his cabinet, Duque told Heraldo he has begun looking for a replacement who “like former Minister Botero has a patriotic disposition” despite the controversies and broad rejection of the former minister’s policies.

I’m looking for a person who, like former minister Botero, has a patriotic disposition, a person with great management skills, who also has knowledge of process management, and who has a firm commitment to be leading security [policies] with me.

This new minister will not just have to confront the ELN guerrillas and FARC dissident who have thrived over the Duque administration’s security policies.

The defense minister is responsible for the National Police, which is going to be confronted by mass demonstrations on November 21 demanding, among other things, Duque’s resignation.

Recent protests in Bolivia, Ecuador and Chile killed dozens of people of and have put the governments of those countries in the corner.

The president said that “pacific social protest is a constitutional right,” but warned that he would not tolerate acts of violence as have occurred in the wave of protests in other parts of South America.