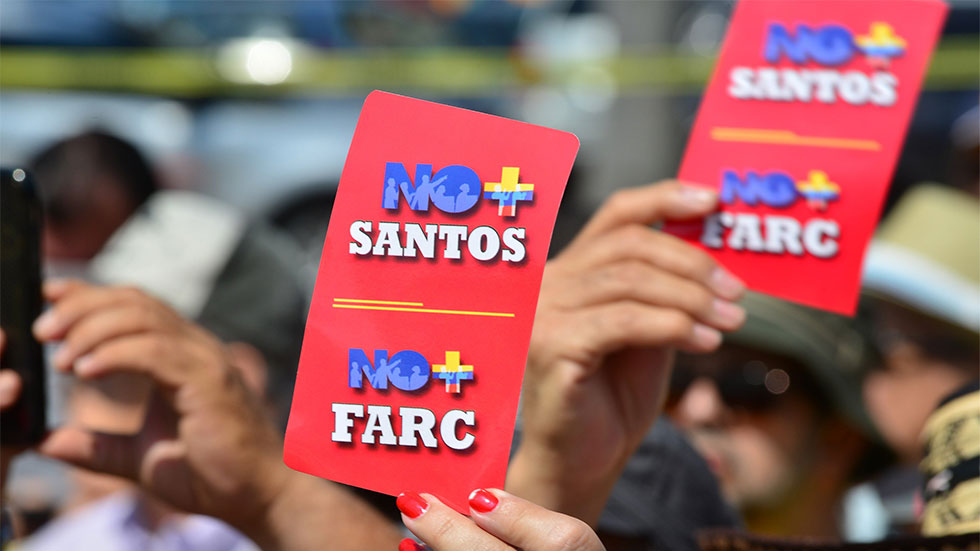 Many tens of thousands across Colombia took part in anti-government protests on Saturday in a show of force of the embattled hard-line former President Alvaro Uribe and his supporters.

In Bogota — not normally considered an Uribe stronghold — some 20,000 people showed up, significantly less than at a peace protest organized in October. However, the capital was an exception to this rule.

The participants took part in what had been promoted as an anti-corruption march, but in effect was mainly a protest against the administration of President Juan Manuel Santos and the peace process with Marxist FARC guerrillas. 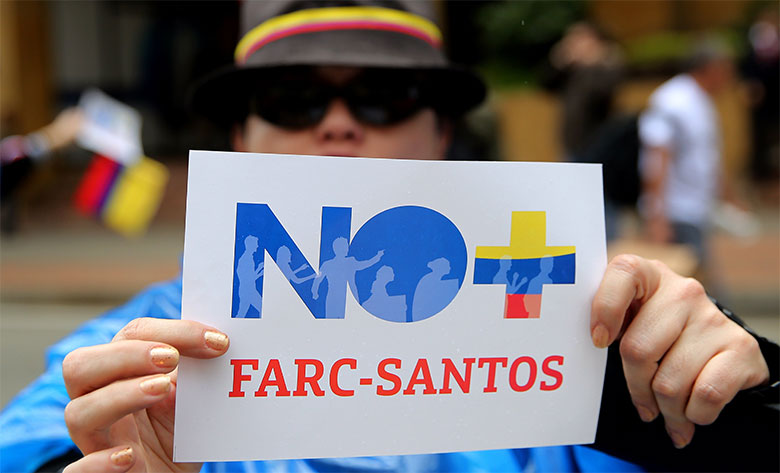 The mass mobilization had been organized by the country’s hard-right Democratic Center (CD) opposition party, the main opponent of an ongoing peace process with the FARC, which itself has been battered by corruption and war crime investigations committed during the armed conflict against the guerrillas.

Other political parties and many social organizations rejected the “March of the Cynics” as some critics called it.

Although the marches were for the most part peaceful, one video doing the rounds on social media shows apparent counter-demonstrators being violently removed from one of the marches.

In Medellin, Uribe’s stomping ground, people from all over the Antioquia province arrived in buses to perform the most Saturday’s impressive electoral show of force in the country. 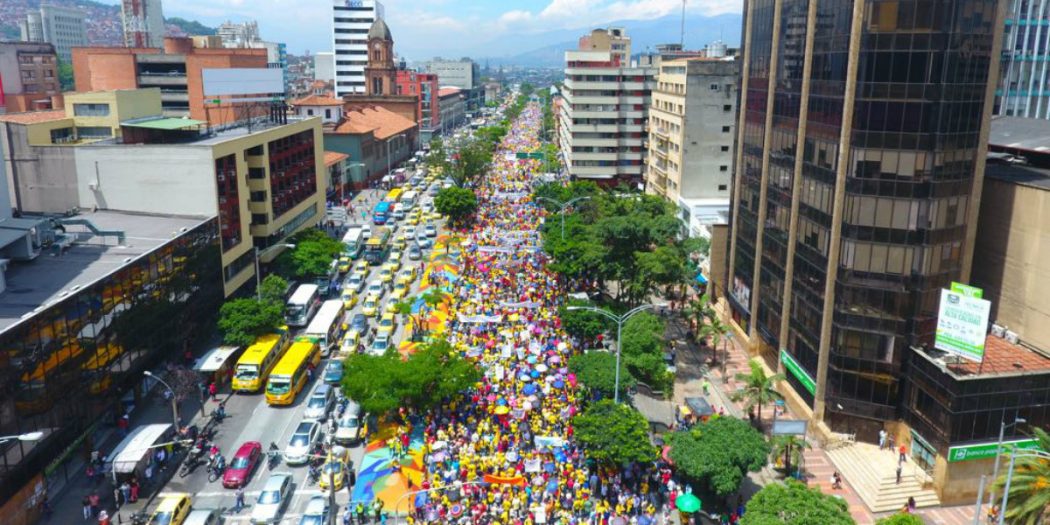 According to the local police, more than 50,000 people from all over Antioquia marched in their capital city, significantly more than the 30,000 taking part in pro-peace protests in October.

March of the ‘good people’

Slain drug lord Pablo Escobar’s former top assassin, “Popeye,” initially also took part in the march, but was expelled after other participants had rejected his presence, claiming the march was for “good people.” 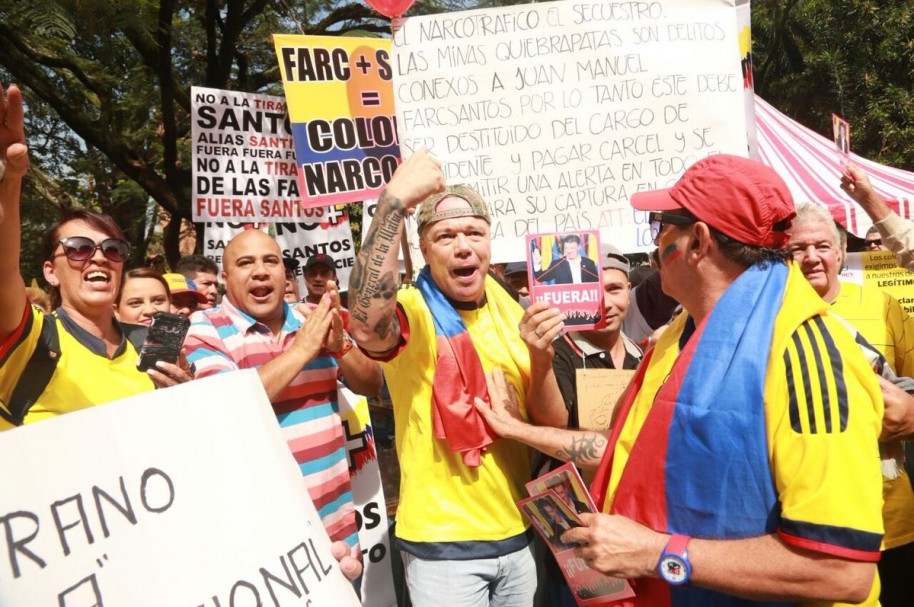 The marches served to make visible the large-scale discontent with the president and the peace process among many Colombians.

Similar marches were held in response to a demobilization and disarmament process with right-wing paramilitary groups that took place under the former president between 2003 and 2006.

Uribe was able to show his primary political opponent, his own successor, that he is still able to mobilize a considerable number of followers as he did in October last year when Colombia’s voters rejected an initial peace deal with the FARC.

Santos has been suffering dropping approval ratings ever since he succeeded Uribe in 2010 and his “national unity” policy and the controversial peace talks with the country’s oldest guerrilla group seems to have divided Colombia’s social classes even more.

At the same, time, Uribe has grown increasingly militant in opposition to peace as the recently approved justice system is likely to directly affect him and a number of other party members, mainly because of alleged ties to paramilitary death squads that ended up killing and displacing more civilians than the guerrillas.

Additionally, despite being commander in chief during the false positives scandal in which thousands of civilians were executed by the military, the former president has yet to effectively be held responsible.

Signs of a politicized class division

Curiously, both in Medellin and Bogota the march of the CD was carried out by a surprising portion of upper class citizens, contrary to marches organized by, for example, labor unions or social organizations that mainly voice support for issues facing Colombia’s lower classes.

This social divide was earlier felt in October with the rejection of the initial peace deal, also under Uribe’s leadership.

The vote effectively turned the guerrilla demobilization and disarmament timeline into chaos and spurred a turf war between other armed groups in abandoned FARC territory.

The polarized social divide could be explained as one between a poor liberal lower class against a more exclusive or conservative and religious elite, by some considered one of the causes of Colombia’s armed conflict that formally ended in November.

It’s more complicated than that, however.

Peace may have been signed, but truth and reconciliation are still far off. Many are simply not ready to forgive the FARC or grant them reduced sentences for the many atrocities the guerrillas have committed.

At the same time, the peace process will not just prosecute guerrilla war crimes, but also military and paramilitary war crimes, including citizens accused of sponsoring designated terrorist groups, which would primarily affect Colombia’s more fortunate classes where a lot of economic and political interests are at stake.

In Santos’ attempt to also address crimes committed by members of the military and civilians, he can count on severe opposition of a sector of society that doesn’t just march, but would also in next year’s elections.