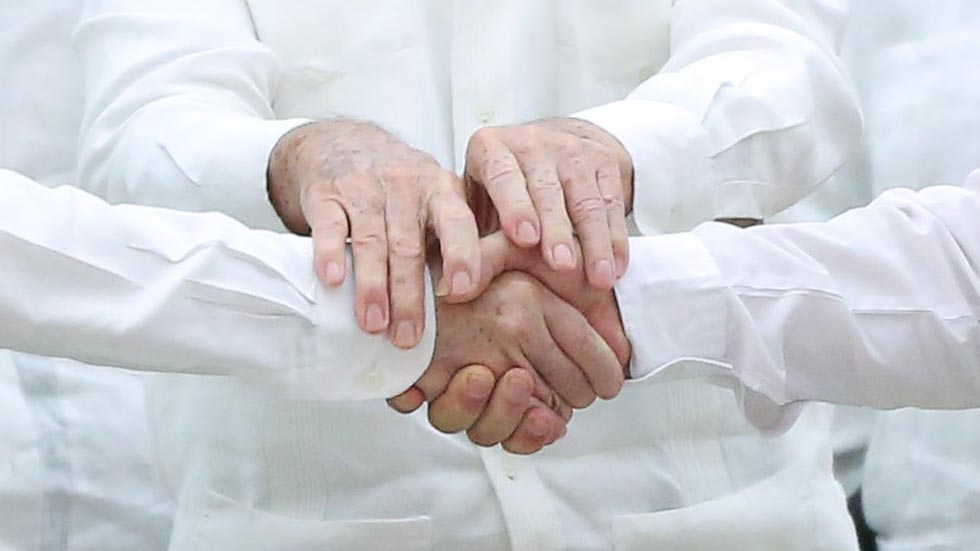 A comfortable majority of urban Colombians will vote in favor of a peace deal currently being negotiated with their country’s largest rebel group, the FARC, according to a poll.

Pollster Cifras & Conceptos asked almost 1,600 Colombians in the country’s five largest cities about their opinion on the peace talks that formally began in 2012 and are expected to finalize within weeks.

The Colombian people will be asked to ratify the deal through a mechanism that is currently being defined by the Constitutional Court.

According to Cifras & Conceptos, 74% of Colombians said to ratify the deal. A minority of 19% said to reject a deal with the FARC rebels and 7% has yet to make up his or her mind.

Support for the pending peace received a major boost by an agreement announced a week and a half ago in which the guerrillas committed to their demobilization and disarmament.

When Colombians were asked the same question in May, only 61% said to support a peace deal.

Support for a peace deal with FARC

The poll showed a major division between Colombian cities.

While 90% of polled inhabitants of the Caribbean city of Barranquilla said to support a deal with the FARC, inhabitants of inland cities like Bucaramanga and Medellin were significantly less enthusiastic.

In Medellin, Colombia’s second largest city, 68% said to support a peace agreement. In Bucaramanga support is 67%, according to Cifras & Conceptos.

The popular support is good news for President Juan Manuel Santos who has been promoting a “yes” vote.

At the same time it is bad news for former President Alvaro Uribe, whose party has been campaigning to reject the deal.

Colombia’s Constitutional Court is currently debating which mechanism to use for the public approval vote.

Both Santos and the FARC have committed to respect the decision of the court.

If approved by the Colombian people, a peace deal will come into effect and end an armed conflict of more than half a century.