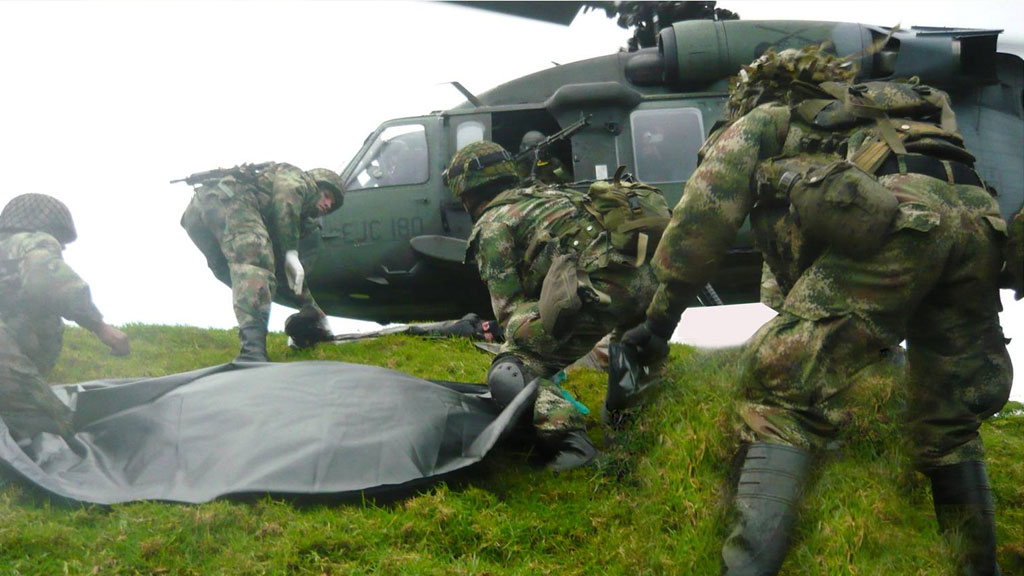 Leftist observers of the ceasefire declared by the FARC urged the Colombian government to end attacks on guerrilla units after a soldier was killed in combat with Colombia’s largest rebel group.

The FARC called the unilateral and indefinite ceasefire in December, but has since been engaged in fighting with government forces and on two occasions warned that ongoing military pressure could force the rebels to end the truce.

The 50-year-old rebel group — engaged in peace talks with the government since November 2012 — called the ceasefire to reduce pressure on the talks that were temporarily suspended in November after the capture of an army general in the west of Colombia.

The administration of President Juan Manuel Santos has refused to agree to a bilateral ceasefire amid fears that the FARC might use military leniency to reorganize its military forces.

A possible bilateral ceasefire is complicated by the ELN, Colombia’s second largest rebel group, which is still active in areas where the FARC also has a strong presence.

The government has insisted that it will continue military operations until there is agreement on a final peace deal.

Killed in spite of ceasefire

In spite of the FARC ceasefire, sources within Colombia’s military on Tuesday confirmed claims by conservative opposition party Democratic Center that the FARC had killed a soldier in combat in the southwest of the country.

While the death of soldier Edward Velasco is the first confirmed fatality after the ceasefire came into force on December 20, it might not be the first military loss in the past month.

Over the weekend, the rebels claimed to have killed six more soldiers in an attack on rebel forces on New Year’s Day. Additionally, Blu Radio cited anonymous military sources claiming that two more soldiers were killed in other military operations against the rebel group.

The Colombian military did not report or confirm these alleged deaths.

Amid the growing number of claims of military casualties, leftist groups united by controversial former Senator Piedad Cordoba to support the talks called on the government to cease hostilities.

According to Cordoba, reports about the military clashes during the unilateral truce are “very troubling.”

“We call on the national government to put an end to these actions,” the former senator said at a press conference in Bogota on Tuesday.

Cordoba and her “Broad Front For Peace” coalition was asked by the FARC to monitor the ceasefire after the government had refused to allow international observers.

While in Colombia pressure mounts over the ongoing military offensives, negotiators of the talks held in Cuba are on Christmas recess.

The two negotiating teams took a break from negotiations regarding victims and an eventual bilateral ceasefire in mid December and are not due to continue talks until January 26.