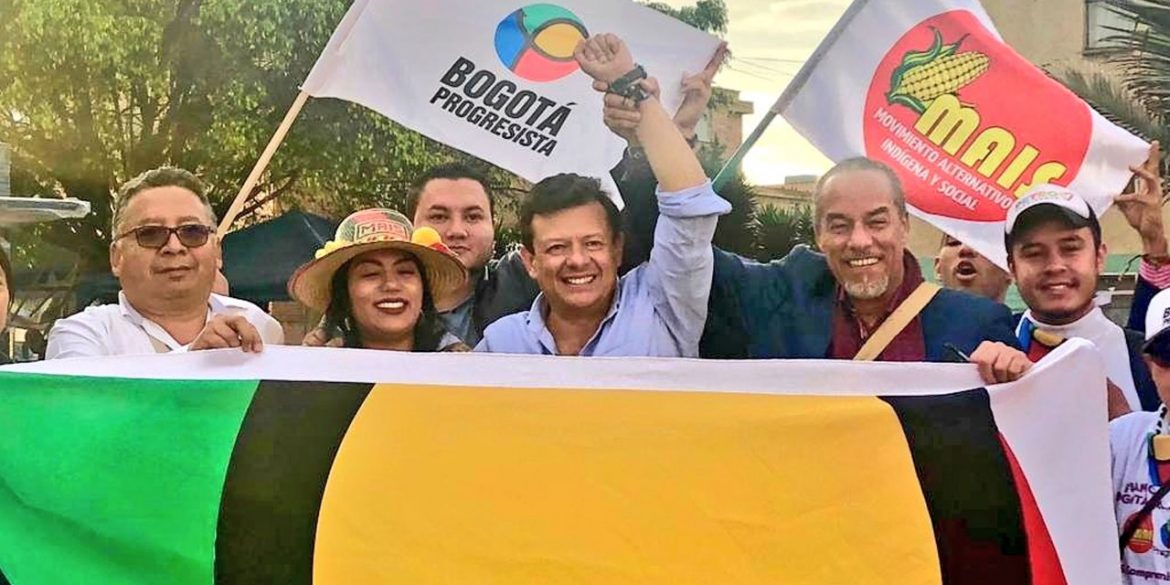 The wife of Bogota mayoral candidate Hollman Morris has accused one of the closest allies of leftist opposition leader Gustavo Petro on domestic violence charges, she said Tuesday.

In an interview with W Radio, Patricia Casas said that the journalist and Bogota council member both physically and mentally abused her, and has refused to pay child support in the two years they have lived apart.

Morris, who in December announced his intention to run for mayor in the October elections, has “behavioral and addiction problems,” said Casas.

The politician’s divorced partner denied that her decision sought to hurt the Morris’ political ambitions.

“I did not take this decision. I did not decide on the timing. Hollman decided on the judicial processes and I am simply responding with the right I have to defend myself,” said Casas.

I don’t understand how Hollman Morris can go out and march with students, but doesn’t provide for the school books and uniforms of his children.

Morris is only the latest of many prominent Colombians who have been accused of violence against women.

Former President Alvaro Uribe was publicly accused of sexual abuse during the #MeToo campaign last year after one of his former employees said in an editorial one of her former bosses raped her.

Journalist Claudia Morales at the time refused to reveal his name in defense of women who were too afraid to speak out because of the vulnerability of women who accuse men of violence.

Morales was viciously attacked on social media and accused of trying to stain the good name of her former employers, many of whom are powerful politicians and media moguls.

According to the country’s Medical Examiner’s Office, almost 12,500 cases of domestic violence were reported between January and August last year. More than half of these cases involved adult women.

Almost 800 women became victim of femicide between January and October.

The law faculty of the Free University revealed last year that 50 woman are physically abused every day in Colombia.