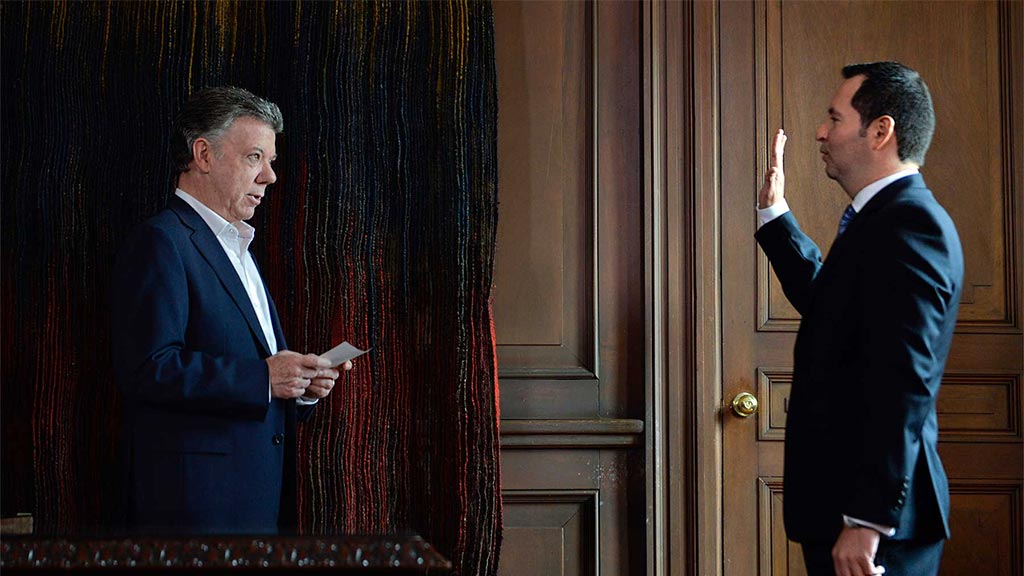 Colombia’s president, Juan Manuel Santos, successfully held off the Supreme Court’s election of a Prosecutor General until after appointing an impressive seven new members to the top court’s board of 23.

To have a loyal chief prosecutor in office when leaving office in 2018 is extremely important, knows Santos better than anyone, except for his predecessor.

Once Santos abandons his position of power, he will depend on a loyal chief prosecutor to prevent possible criminal cases.

When the current senator left office in 2010, the Supreme Court refused to accept the presidential shortlist from which the court chooses the incoming Prosecutor General.

Consequently, this shortlist was handed in by the incoming president, whose proposed candidate Viviane Morales (Liberal Party) was elected Prosecutor General.

The election of Morales was a major blow for Uribe and possibly marked the beginning of the end of the president who was once elected Greatest Colombian Of All Time.

Instead of filing ongoing investigations into the administration’s bribing of Congress, spying on the Supreme Court, ties to paramilitaries and the embezzlement of tens of millions of dollars, Morales and her successor Eduardo Montealegre (Liberal Party) went after allegedly corrupt members of the previous administration, securing prison sentences for at least four former ministers.

Being in Uribe’s shoes

Since Santos has been in office, hardly any major corruption cases involving senior members of his cabinet have emerged.

The only exception is this year’s sale of state shares of energy provider Isagen that has been reeking of corruption and, amid public outrage, spurred Montealegre to open a preliminary investigation into Finance Minister Mauricio Cardenas.

For undisclosed reasons, Santos failed to hand in his shortlist before the chief prosecutor’s departure.

Santos’ consideration list contains 133 candidates, three of whom will be considered by the court.

The only publicly known candidate on Santos’ list is Perdomo.

On Monday, Santos appointed seven new members to the Supreme Court, securing not just a favorable position of his allegedly favorite candidate, but also a favorable composition of the country’s highest court.