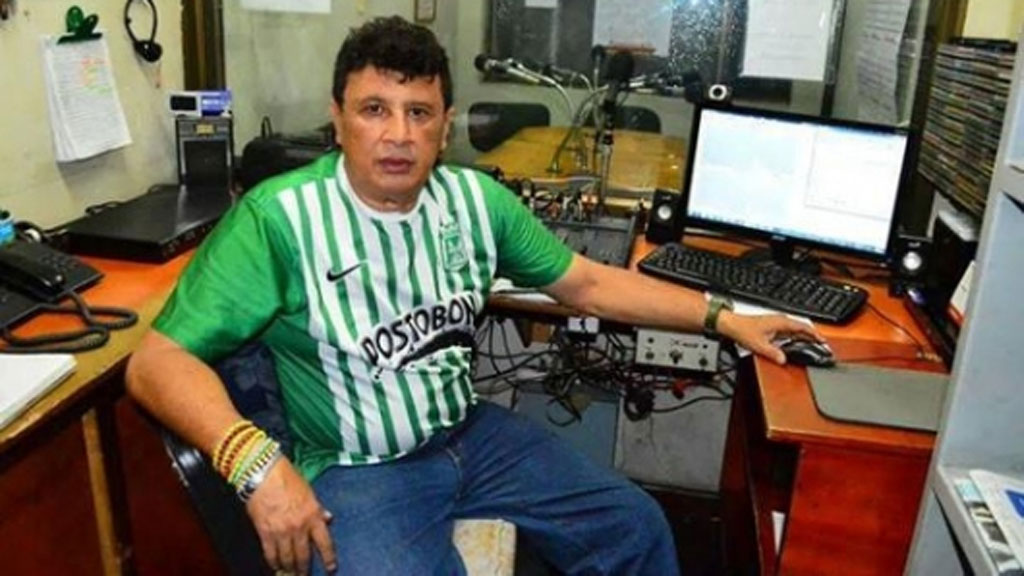 A journalist from the southwest of Colombia has been assassinated, local media reported on Tuesday.

Radio journalist Edgar Quintero was shot seven times while in a bakery near Radio Luna, the local radio station of Palmira where he worked.

Colleagues told newspaper El Tiempo that the journalist had met up with colleagues at the bakery just before his assassination.

According to witnesses, the assassin arrived on a motorbike, entered the bakery between 6:30PM and 7PM, shot Quintero and left.

The 57-year old journalist had been working in journalism in Palmira for 30 years. The past 20 years he did the local news for Radio Luna.

Police said to be investigating whether Quintero had been threatened or what the motive of his death could be.

“At the moment there is no hypothesis about the causes of the journalist’s death,” Palmira police chief Colonel William Lopez told news agency Colprensa.

“The owner of the radio station and the family say they do not know if Quintero had received death threats,” the official added.

According to Adolfo Lopez, the spokesperson of the Palmira journalist association, their assassinated colleague was outspoken and critical over situations in his municipality.

Quintero is the second journalist to have been killed in Colombia within a month.

In February, a journalist from the southern Caqueta state was assassinated.

Just before that assassination, press freedom association FLIP said that 70% of journalists in the country believe there are serious flaws in the mechanisms in place to protect them from violence and threats.

According to the report, the protection of journalists and the most vulnerable populations in the country is going through one of the most severe crisis’s since the FLIP’s creation 15 years ago.