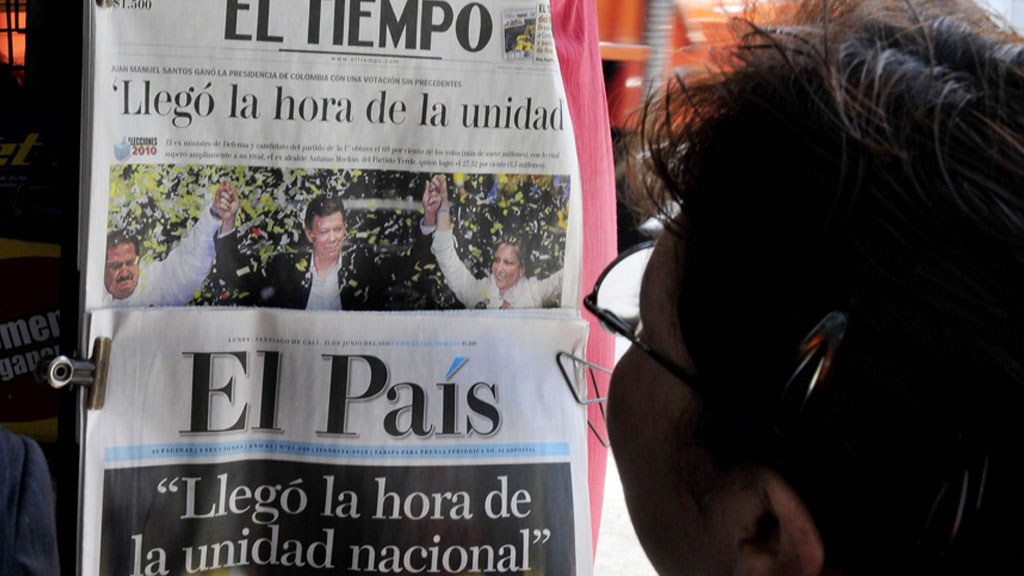 According to a report conducted by Colombia’s Foundation for the Freedom of Press (FLIP), over 70% of the country’s journalists believe there are serious flaws in the mechanisms in place to protect them from violence and threats.

According to the report, the protection of journalists and the most vulnerable populations in the country is going through one of the most severe crisis’s since the FLIP’s creation 15 years ago.

While Mexico tops the bill for the most dangerous place to be a journalist, Colombia comes in second with 56 having been killed since the year 2000.

According to the FLIP, journalists suffered 164 threats or physical attacks in 2014, a number that has gone virtually unchanged since 2006.

The organization responsible for the protection of journalists is the National Protection Unit (UNP), but this institution has experienced serious problems which has impaired their ability to ensure the safety and freedom of Colombia’s journalists.

The UNP’s most critical moment occurred in late 2014 when the then director Andres Villamizar threatened to lift the security measures of over 7,000 people who were at risk, including 114 journalists, because of a lack of economic resources.

Although this ultimatum never amounted to any action, many journalists have reported to FLIP that they do not feel protected by the institution.

However, the new director, Diego Fernando Mora, who began work in late January, has announced that he is seeking the solutions to address five major structural issue within the institution:

After three years of operation, 2014 was the second year in that the UNP exceeded their economic capacity and needed a budget increase. Their budget was empty six months before the year end.

Interestingly, this happened while the organization was receiving increased annual payments. However, the increase was not able to cover the rising costs of protection and the budget continued to be drained ahead to schedule.

During 2014, the organization received several complaints related to alleged irregularities in the UNP in relations to management, inventory, protection measures, parallel payroll, hiring and supervision, and payment of travel expenses, among other topics.

One of the main successes of the program has been its ability to meet journalists from all municipalities affected by violence.

However, a key problem with the current system is that not all journalists are being offered the same protection.

There is supposed to be a fair system to analyze the risk factors and implement reasonable measures of protection equally for all journalists in the country.

On the contrary, the report conducted by FLIP has found that the security measures for reporters are not being granted based on this equal system.

For example, journalists in some departments have only one security guard to look after them. Meanwhile, in others with the same risk factors, they are offered as many as 14 security guards, access to police protection and armored cars.

3. Make up for broken promises

There was an atmosphere of disbelief among journalists for the amount of flaws in the UNP program and for their inability to deliver on the promises they had made.

For example, in the wake of the assassination of a journalist who was part of the program, the director of the UNP held a series of meetings and pledged to implement two collective schemes for the safety of journalists. So far this promise has not been fulfilled.

4. Clarify uncertainties about the future

The resignation of the previous head of the UNP Andres Villamizar has left a panorama of uncertainty.

In the three years since the creation of the entity, Villamizar had been the key actor and protector of the journalists.

So far little is known about the new director and the fact that Mora has no previous experience in the public sector, security or human rights has raised questions about its suitability for this position.

It has been noted in the report that for a more successful protection system, the Prosecutor General and the UNP need to work more closely together to achieve results.

Despite a clear need the cooperation, the Prosecutor General has argued that it cannot share information about the cases of at-risk journalists because it could alter the judicial processes.