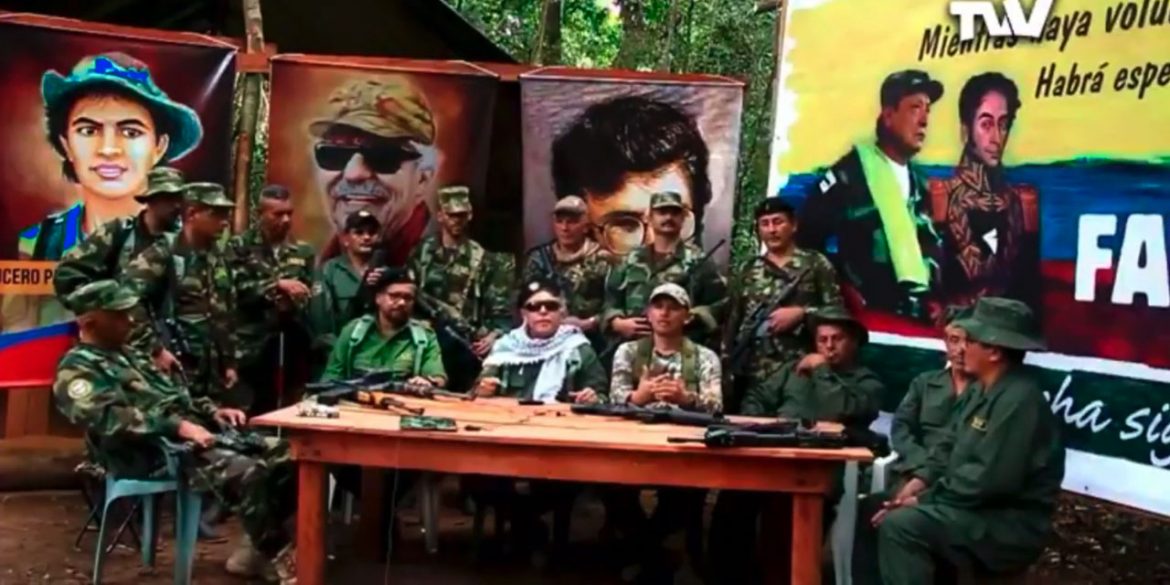 FARC dissident leader “Jesus Santrich” said Sunday that his group plans to form a “continental movement,” the political arm of his guerrilla group.

Santrich announced made the statement with the FARC’s former political leader, “Ivan Marquez,” and the same guerrilla commanders who announced their rearmament last month.

While calling for a continental movement, the goals of the CPB are entirely focused on Colombia.

“Let this be the social force for change” and overthrow “the capitalist order,” said the FARC dissident.

Santrich and his crew were not accompanied by any leaders of the ELN or rival FARC dissident groups.

Like in their first video, Marquez and Santrich expressed their intention to unite forces with the ELN and the two dozen dissident factions that either refused to take part in the peace process or rearmed during the process.

According to wiretaps obtained by weekly Semana, members of the First Front confirmed negotiations between their bosses, “Gentil Duarte” and “Ivan Mordizco,” but indicated there was no agreement to join forces.

According to Colombia’s Armed Forces commander General Luis Fernando Navarro, the FARC leaders have also been talking with the commander of the ELN’s Western War Front, “Pablito,” but the military has been making all kinds of contradictory claims.

So far, the efforts of Marquez and Santrich to team up with other different guerrilla groups seem fruitless.

The FARC’s political party and the government have embarked on intense campaigning in FARC reintegration site to maintain guerrillas’ confidence in the troubled peace process in an attempt to minimize the number of desertions.