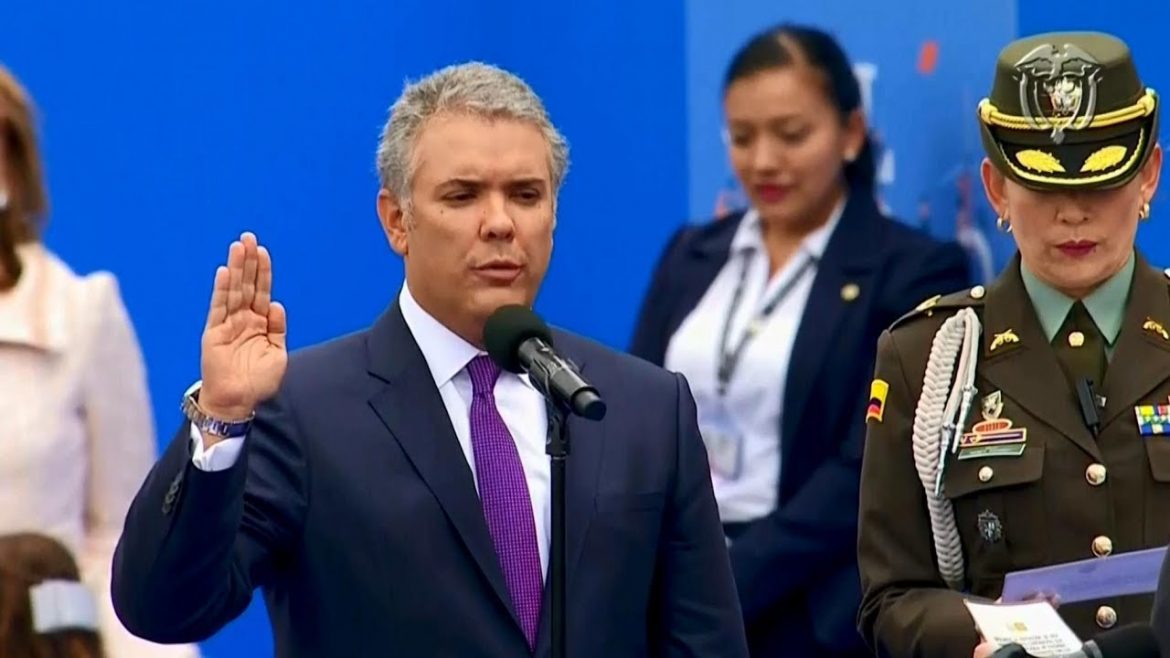 Right-winger Ivan Duque was inaugurated President of Colombia on Tuesday amid a wave of protests demanding an end to guerrilla and paramilitary violence.

In the presence of local politicians and representatives of 17 countries, Duque took oath at the Bolivar Square in central Bogota.

Meanwhile, thousands gathered elsewhere in Bogota and in other cities across Colombia to demand an end to violence that has killed on average one social leader per day since Duque’s election in June.

Duque, 42, is a neoconservative member of the country’s highly exclusive ruling class. The president is a protege of former Presidents Juan Manuel Santos and Alvaro Uribe.

As the country’s 48th head of state, Duque vowed to base his policy on “legality, entrepreneurship and equity” and has called in experienced executives, other dynasty politicians and personal friends of Uribe to run the country until 2022.

Duque’s formal swearing in was preceded by nationalistic homages to the military, the multiple peoples that make up Colombia and the country’s rich folkloric traditions.

Controversially, far-right Congress President Ernesto Macias paid a lengthy tribute to Uribe, who is investigated by the Supreme Court for his alleged involvement in the creation of a paramilitary death squad that left thousands of victims.

Macias, an ally of both Duque and Uribe, saved no superlatives to paint a bleak picture of the state of the country, and called on Duque to recover Uribe’s legacy. The congress president fiercely criticized Santos, who won a Nobel Peace Prize for his efforts to make peace after decades of internal armed conflict.

Following Macias’ vindictive speech, Duque said he would “govern without hatred” after decades of drug-fueled political violence that continues to bitterly divide Colombia as demonstrated by the protests and the speech of the president of Congress.

The president is expected to remain in office until 2022.