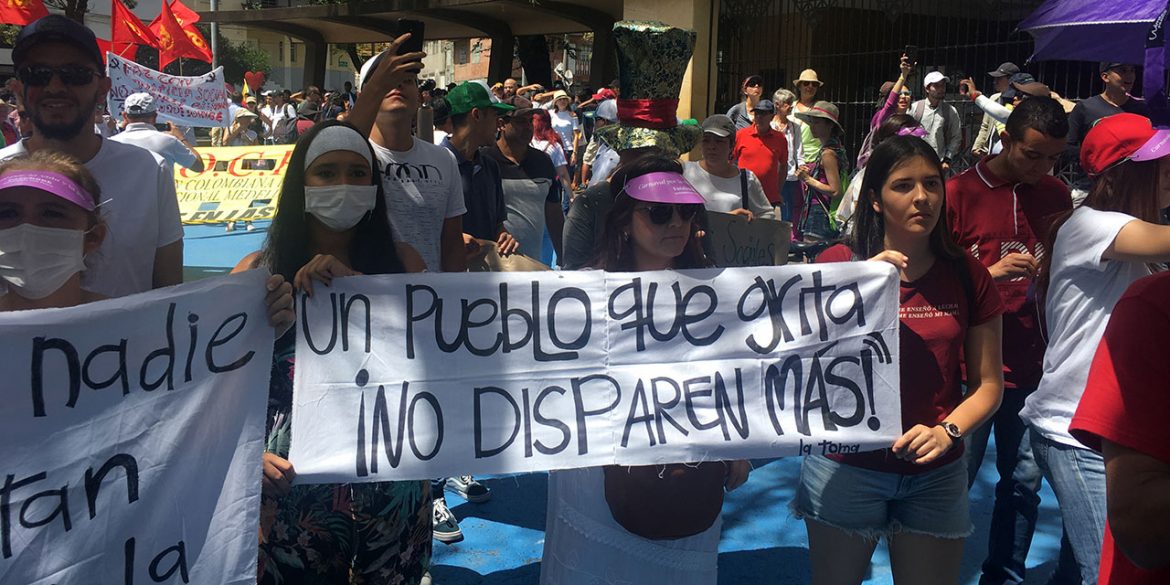 Thousands of protesters peacefully marched in Colombia against the surge in activist deaths in the country – and the inauguration of President Ivan Duque.

As Duque was sworn into the presidential palace, concerned citizens took to the streets to express discontent over the country’s current situation.

The main protest was in Bogota where thousands called for an end to the violence the Andean Nation is experiencing.

In Medellin, thousands of people took to the streets, with students wearing pig masks to mock the new president – an idea originating from a newspaper cartoonist. 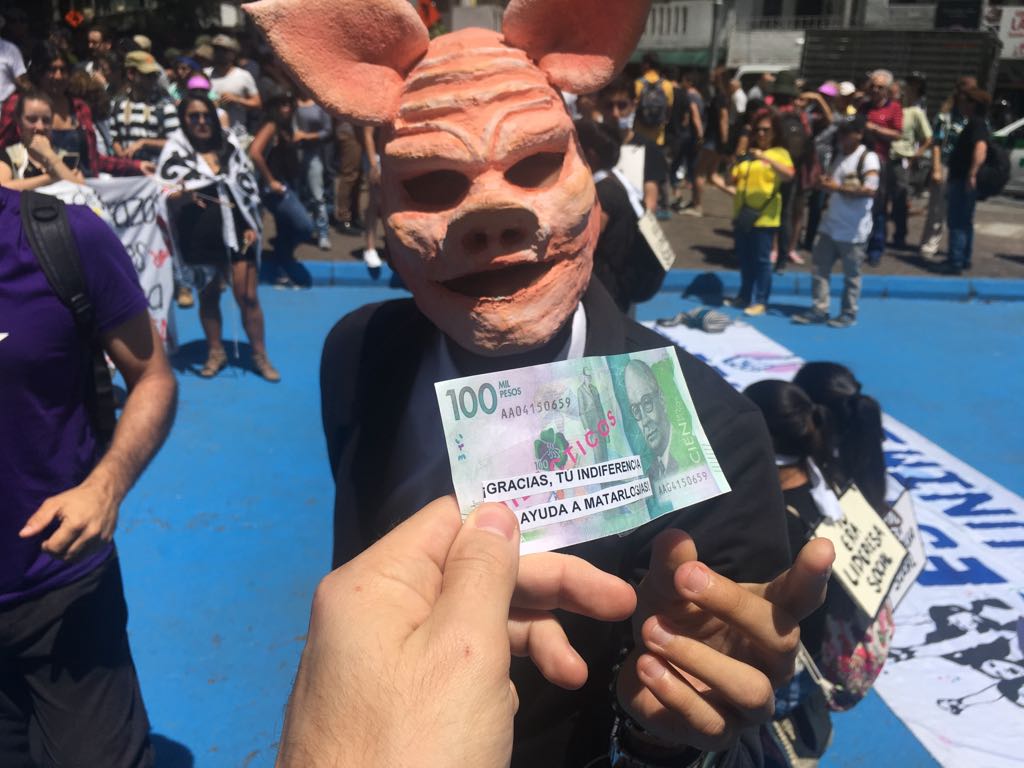 Local media reported there were far more protesters in the city of Cali, with newspaper El Pais estimating that over 16,000 people were on the streets.

Protests were also seen in the cities of Barranquilla, Bucaramanga, Cartagena and Santa Marta.

The “March for Life” protests were a call for action over the surge in activist deaths in the country.

Since 2016 – the year the historic peace deal was signed – over 311 social leaders have been murdered.

The government is yet express a strategy for dealing with the violence. 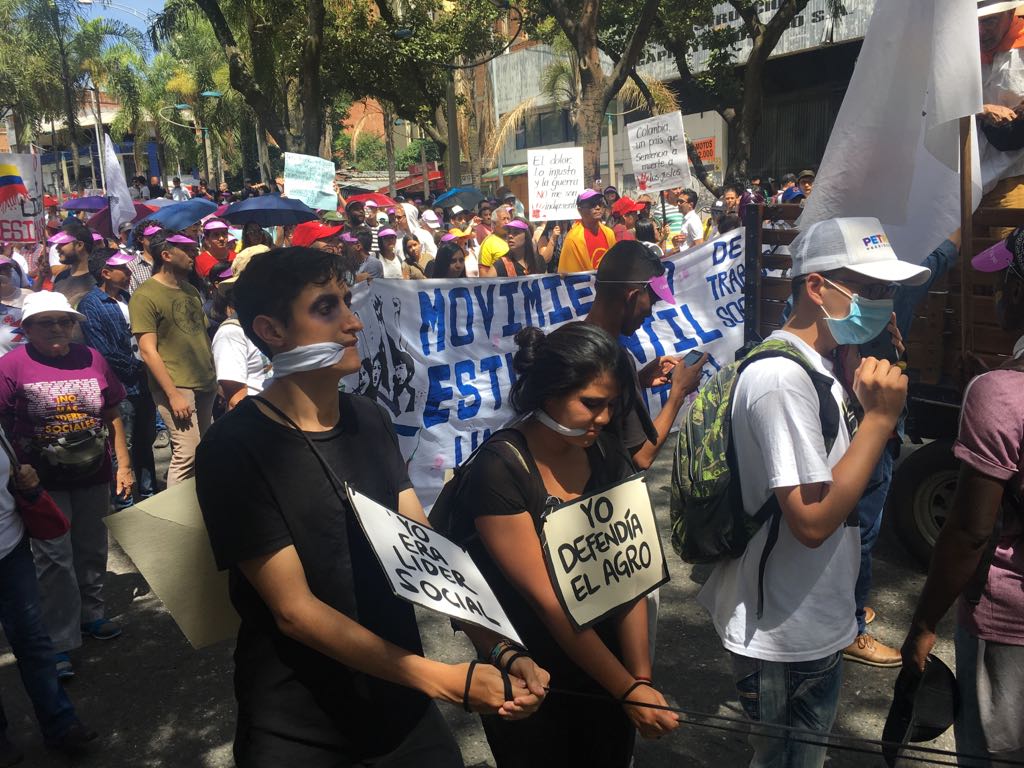 Students from the University of Antioquia in Medellin said they were worried about the increase of killings – and the fact ex-president Uribe’s protege was being sworn into office.

“We are scared that things will return to the way they were when Uribe was in power,” said 20-year-old Laura Diez, who was taking part in the march.

“Under him [Uribe], the country saw a lot of violence – with the ‘false positives’ scandal and paramilitary violence. We don’t want it to return to that.”

Andres Muñoz, 24, added: “It will be a return to the same political system as before. I’m very worried to have an Uribista in power.

“The killings need to be stopped.”

And 62-year-old mechanic Jorge Torres said: “We are here to tell the government there should not be any more murders.”

“I’m fearful about the new government. The new president will be a puppet.”

Protestors in Medellin chanted in support of the leftist opponent who was beaten by Duque in July’s election while others shouted insults about the new president.

Demonstrations were also seen outside of Colombia, including in Miami, New York City and Valencia in Spain.

People gathered yesterday in Colombia’s parks to light candles as a mark of respect for those who have been killed.

Since the start of this year to July, over 123 social leaders have been murdered.

The United Nations has urged the Colombian authorities to do more to help activists, who are often targeted in lawless, rural parts of the country.