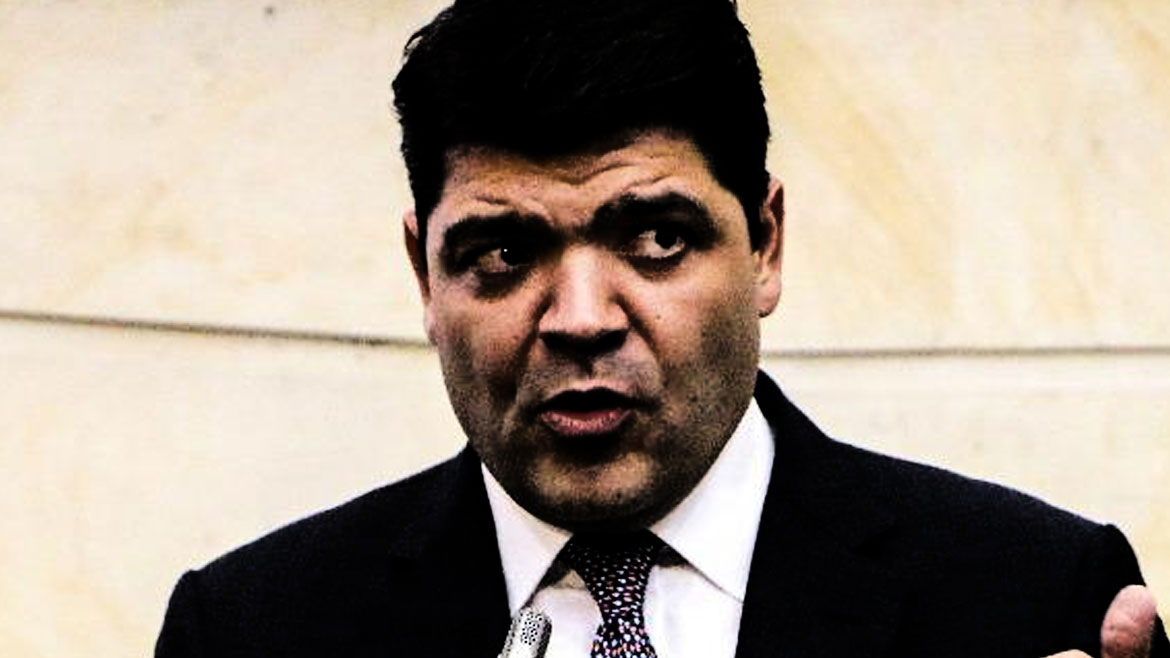 Is publishing evidence indicating Colombia’s senate is run by a crook a crime?

Colombia’s Senate president pressed criminal charges against two journalists, claiming that their evidence indicating that he is a crook is affecting his reputation.

The website revealed the Conservative Party’s alleged ties to all kinds of organized crime figures and alleged criminal practices since 1981 after all.

Whether this is the journalist’s problem begs the question as the senator got into business with the family of a fraudster, a money launderer and drug traffickers.

The journalists merely published the evidence indicating how Gomez maintained ties to organized crime figures, including the cousin of former President Alvaro Uribe, in his native Antioquia province for decades.

The senate president may feel a little uncomfortable as he could be facing a considerably longer prison sentence than his father, Orlando Gomez, who died in 2013 while serving an eight-years prison sentence for fraud.

Gomez was born in 1975 in the town of El Santuario where his uncle, Pedro Antonio Jimenez, was a powerful politician.

The political heir began expanding his political power in 1997 when the 22-year-old successfully campaigned for the Senate obtaining most of his votes from his uncle’s base.

Gomez left the Senate and ran for a seat in the Antioquia Assembly in 2005 after which the deputy expanded his regional empire with alleged drug trafficking associate Diego Aristazabal Meija by buying real estate in Copacabana.

The politician’s business partner was put on the US Treasury’s Kingpin List in 2010 because Mejia had been a former Medellin Cartel pilot and was accused of being an associate of Sinaloa Cartel boss “El Chapo” Guzman.

Mejia was well connected in Antioquia though. Back in 1981, the alleged narco associate had done business with Carlos Gaviria, the cousin of late drug lord Pablo Escobar, and Luis Carlos Molina, who would later be convicted for financing the assassination of legendary newspaper owner Guillermo Cano.

Despite being flagged by the US Government, the alleged narco associate continued doing business with the deputy director of another major shareholder in the Copacabana project, Estrategias Financieras SA.

One of the contributors to the conservative politician’s campaign, Cesar Augusto Hernandez, began laundering bribes for Brazilian engineering firm Odebrecht, according to newspaper El Tiempo.

A year later, Gomez’s business partners Maria Consuelo Ruiz got in trouble when the Supreme Court found she had a $3.8 million deal with two convicted senators, Otto Bula and Mario Uribe, the cousin of former President Alvaro Uribe.

Between 2012 and 2013, the conservative politician met privately met with former Odebrecht Colombia CEO Eleuberto Martorelli, which was “entirely social,” Gomez said a day after Hernandez was detained in2017 as the bribery scandal unfolded.

Another business partner of the Congressman, Luis Fernando Begue, would end up managing the finances of Uribe’s newly founded Democratic Center party in 2014.

Between 2017 and 2019, Gomez’s wife Elizabeth Zapata funneled all kinds of government funds from the office of former Antioquia Governor Luis Perez to a company called Valor+, political analyst Ariel Avila said in 2019.

This company was in charge of formalizing land ownership and the registry of land in areas that had been ravaged by war in Antioquia, according to Avila.

Between 2011 and 2020, campaigned donors and political aides of Gomez signed as many as 106 contracts with a total value of almost $2 million, according to the Electronic System for Public Contracts. Two thirds of these contracts were granted without any public bidding found Cuestion Publica.

The senator would own two apartments in Medellin, and flipped another two plus a plot of land in the city before becoming congressman in 2010, according to the investigative journalism website.

Gomez has three pending investigations against him, not counting a lawsuit demanding his impeachment and a criminal investigation over alleged his alleged complicity in crimes committed by his convicted former business partners.

Despite multiple  civilian courts ruling that “we do not see how the information” released by Cuestion Publica “is biased or incorrect, and much less false,” the senate president insists he is an honorable man.

With the help of Jesus Albeiro Yepes, a lawyer of the notorious Uribe family, Gomez pressed criminal charges against the investigative journalists presumably in the hope that this will save his reputation.