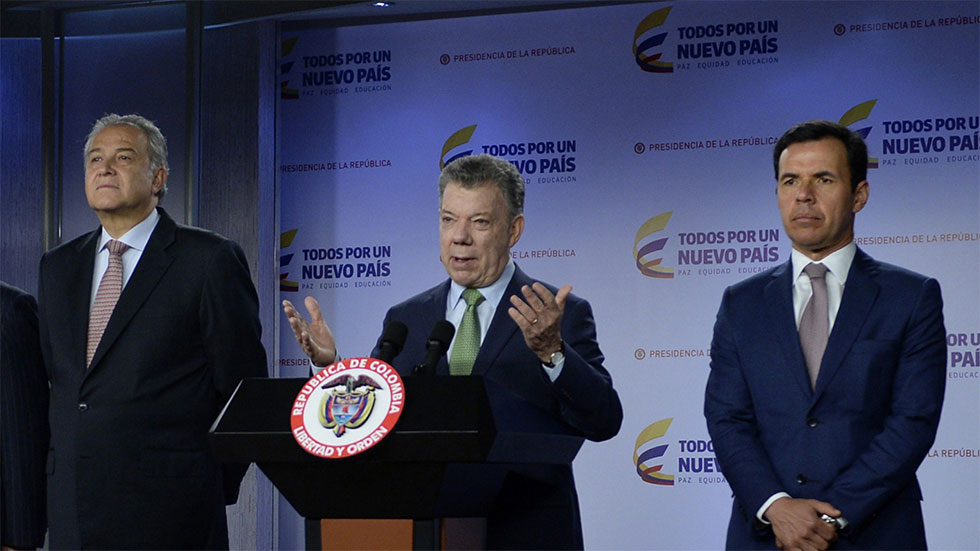 Colombian President Juan Manuel Santos on Monday announced he would create an electoral intelligence unit to curb possible cyber attacks in upcoming elections in March and May.

Hackers have tried to disrupt elections in Colombia by attacking the computer system of electoral authorities for years.

“There is information of possible attacks or unholy intentions that could even come from abroad,” said the president.

In today’s world, with the importance of technology, new threats against democracies through so-called cyber-attacks emerged.

Santos warned that hackers are not the only threat to the upcoming elections, but that the threats are also related to “the spreading of false information, of lies that seek to create fear or mistrust, and through this seek to manipulate voters.”

Santos’ comment echoed a concern expressed by a US former defense official who told newspaper El Tiempo, which is run by the president’s brother-in-law, Russia is trying to influence elections through disinformation campaigns.

Colombia’s hard-right opposition admitted to using disinformation in the campaign leading up to a 2016 referendum on a peace agreement with Marxist FARC guerrillas.

The use of disinformation in election campaigns is illegal according to Colombian electoral law.

According to Santos, the efforts to counter cyber attacks and disinformation campaigns “will be carried out with full guarantees for all parties and candidates.”

Police had already countered a claim by a Panamanian politician who had claimed that the recording of a movie with Mark Wahlberg in Bogota was an ELN terrorist attack in Barranquilla.

A cyber security unit called the Integrated Center for Electoral Intelligence (CI3E) will take force next week to “confront any digital security threat“ ahead or during the upcoming elections, the president said.

The unit will be led by Vice-President Oscar Naranjo and Interior Minister Guillermo Rivera and “count on the support of experts in computer and digital security,” Santos said.

Colombians go to the polls at least twice this year.

A new Congress is elected on March 11. Colombians will then be called to vote again on May 27 to elect a new president.

In the case of no presidential candidate securing more than 50% of the votes, there will be a second round in June.