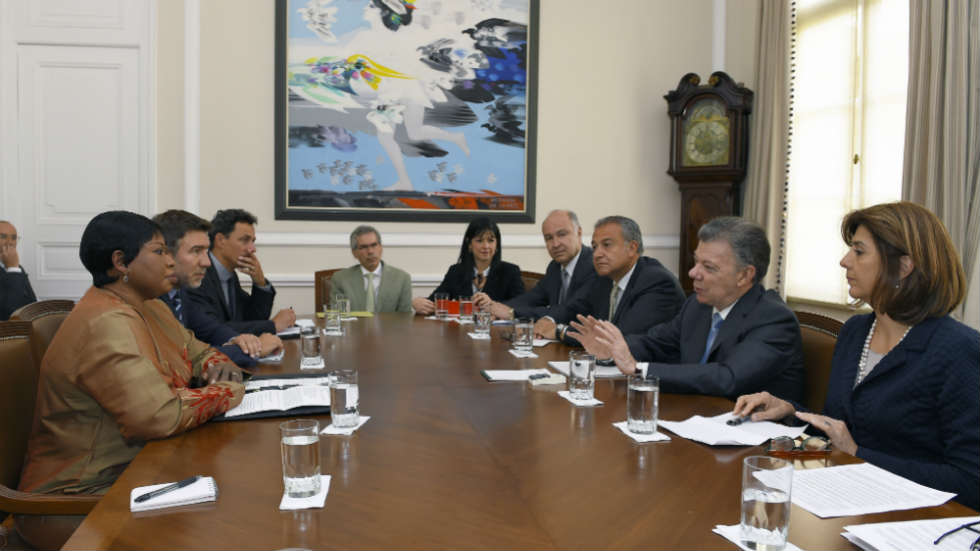 The chief prosecutor of the International Criminal Court (ICC) met with her Colombian counterpart and the president on Monday to inquire about ongoing war crime investigations.

This peace deal includes a transitional justice system that is expected to try war crimes committed by the warring parties, and could trigger the ICC’s intervention if ineffective.

The ICC had already expressed concern about the justice system’s description of the military line of command that could reduce the possibility to try those ultimately responsible for war crimes.

The world’s highest court had reportedly already warned Colombian authorities about concerns in regards to the prosecution of top military commanders the The Hague-based court suspects of involvement in the execution of civilians.

Bensouda also met with Prosecutor General Nestor Humberto Martinez, who informed her on “the work the entity is carrying out the for the preparation of reports for the Transitional Justice Tribunal,” his office said.

Newspaper El Espectador earlier reported that the ICC prosecutor has already filed a complaint with the government for the Colombian prosecution’s failure to provide sufficient information on the alleged crimes committed by the military.

According to the Prosecutor General’s Office, Martinez and his ICC counterpart also discussed war crimes like the use of child soldiers, forced displacement and sexual violence.

Following her meeting with her Colombian counterpart, the ICC chief prosecutor met with the presidents of the Supreme Court and the Constitutional Court.

She was also reported to have planned meetings with NGOs that have been overseeing the peace process and denouncing impunity for war crimes.