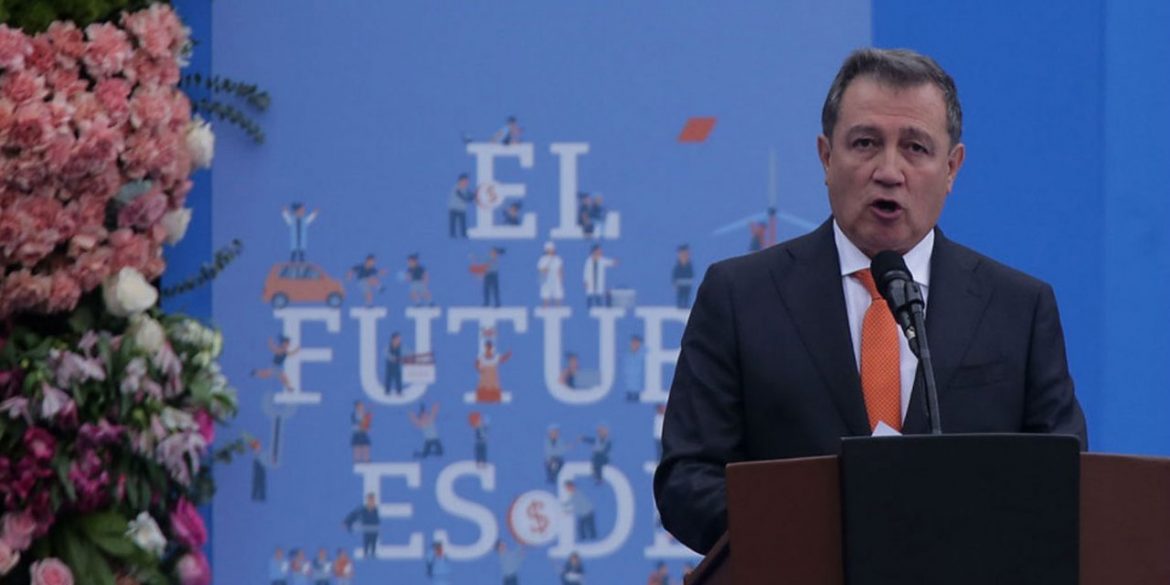 The inauguration of President Ivan Duque was going to be elegant and worthy of a conservative head of state trying to rise above a divided people. Until Congress President Ernesto Macias opened his mouth.

Lawmakers of several parties abandon the ceremony over the vile rhetoric and uninhibited attacks on an ongoing peace process and political rivals.

Duque’s speech in which he set out his government program and called for unity was overshadowed by the partisan zeal of the president of Congress and — like Duque — a member of former President Alvaro Uribe’s hard-right Democratic Center (CD) party.

The controversial speech laid bare how Duque — a cordial and well-groomed neo-conservative career politician — has to deal with a radical wing within his party that could damage the political support of the president in Congress and the international community. 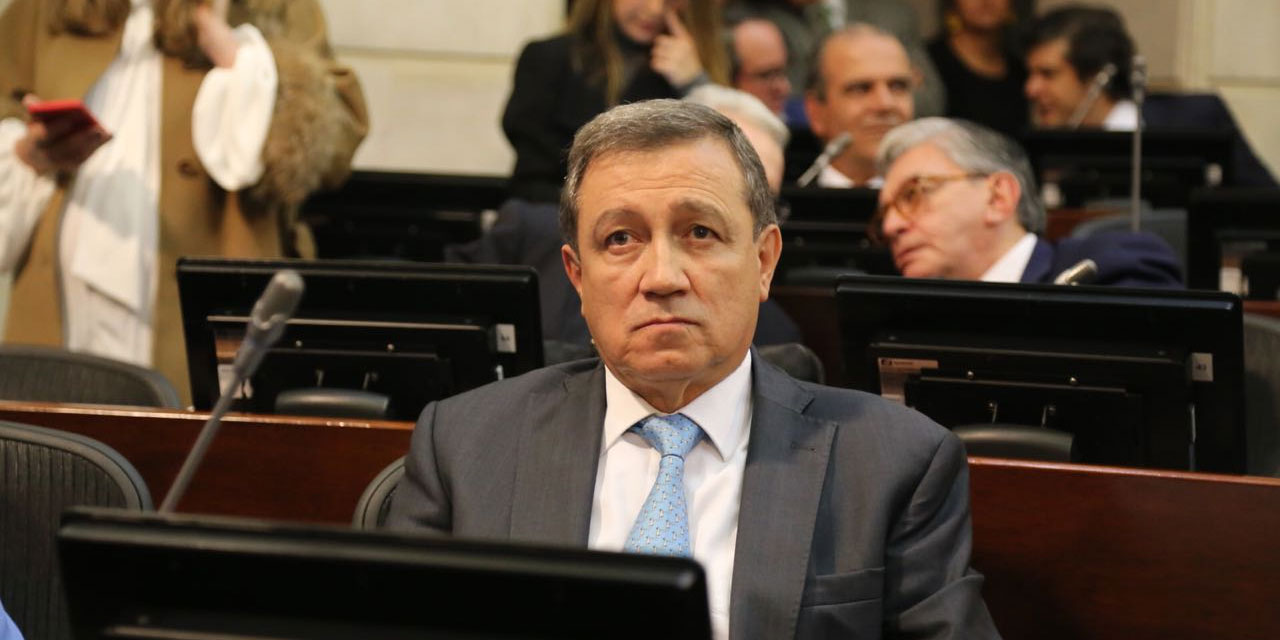 Unlike Duque, the chairman of Colombia’s Senate is a member of the radical wing of former President Alvaro Uribe’s Democratic Center party. (Image: YouTube)

Macias played a key role at the ceremony because the Senate elected him president, despite the lawmaker’s allegedly lying about a made up high school diploma.

The man who is currently the country’s top lawmaker was forced to admit he dropped out of school, after which he did produce a high school diploma from a different school.

Duque also falsified his CV with a non-existent Harvard degree, but he is most certainly educated and considerably more moderate than the extremist president of Congress.

Ignoring the incoming president, Macias embarked on a passionate eulogy for Uribe and accused the Supreme Court of investigating the former president’s alleged ties to death squads because of “political inclinations, personal feelings or other interests.”

Santos ‘leaves the country in the midst of a new war”

According to Macias, Santos left Duque with “the most worrying numbers in history” because he strayed away from Uribe’s militaristic Democratic Security policy that included the mass execution of civilians and other war crimes currently investigated by the court.

Santos abandoned the Democratic Security Policy at the end of 2010 and today leaves the country in the midst of a new war that has left more than 300 civic and community leaders assassinated in the past two years alone. Today, President Duque, you receive a country that is terrorized because the crimes against security officials returned, kidnappings reappeared, extortion rose 295% in the year 2017 compared to the year 2010.

In the name of Congress, Macias said that “we ask the judicial authorities for swiftness and results in the investigations into … Odebrecht that seriously implicate the campaign of ex-President Santos.”

As the radical win of the Democratic Center, the party of Duque, Macias and Uribe, applauded, at least four congressmen abandoned the inauguration.

Congress took down Macias’ most inflammatory statements from the institutional Twitter account after protest from lawmakers who rejected the partisan claims made on their behalf.

Uribe, however, praised the speech in a private meeting after the ceremony. “Ernesto’s speech — and I say this coldly, without emotions — was absolutely necessary. It was necessary,” Uribe told his most loyal allies unaware he was being recorded by journalists. 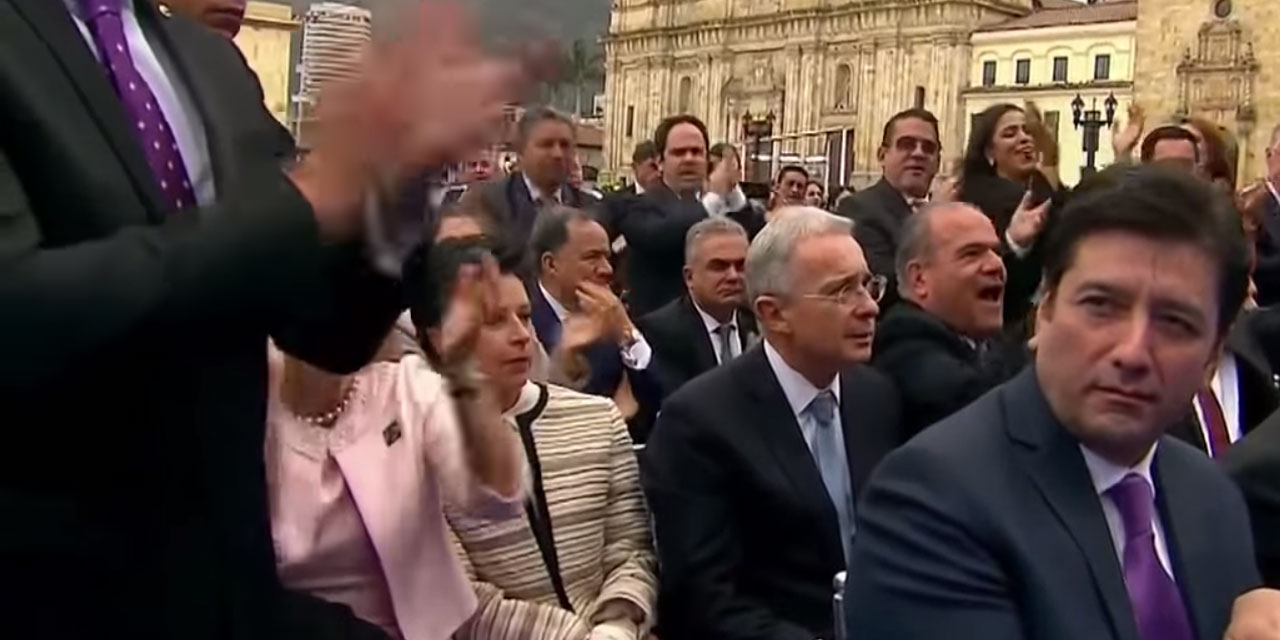 To further turn Duque’s inauguration into a political anomaly and a diplomatic blunder, his party members were filmed ridiculing Bolivian President Evo Morales. “You should have seen his face,” an unidentified “uribista” laughed.

While the radical wing of the president’s party applauded Macias, lawmakers from both the left and the right repudiated the extremism and partisan hatred expressed by Macias.

Coalition Senator Roy Barreras (U Party) said on Twitter that “I am withdrawing from the protocolary act because I could not stand the inappropriate and aggressive speech of Senator Macias.”

The senior lawmaker added that he was “very sorry I can’t hear President Duque’s speech. I’ll hear it on TV.”

Rejection and calls for moderation

Political commentator Rodrigo Uprimny said that “Macias failed to warn President Duque that ‘today you receive a country’ … where the presidency of the Senate is in the hands of Ernesto Macias.”

Human Rights activist and former leftist representative Alirio Uribe noted that Duque’s eloquent speech “is going against what the Congress president and the uribista hooligans said. What’s going to happen?”

Fajardo told Duque to distance himself from “those spirits that prowl around him and are only interested in polarization.”the popular centrist said that the president “invited us to join him,”but “such a union necessarily presupposes basic agreements on peace-building.”

Duque’s apparent inability to orchestrate his own inauguration did not only leave concerns about the president’s ability to govern. It also made it clear how Duque is under pressure to choose between his party allies on the far-right and political support in both Congress and abroad.