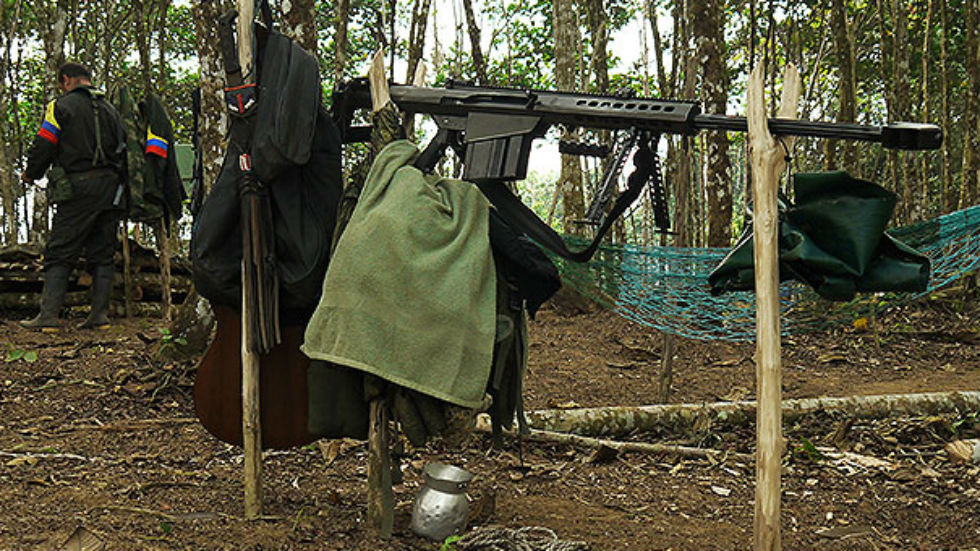 Almost 53 years after they took to arms, Colombia’s FARC rebels began disarming on Wednesday as a part of a peace agreement they signed with the government last November.

Under the supervision of the United Nations (UN), the Marxist-inspired guerrillas started a process that will see them hand over their weapons to be permanently taken out of commission.

Despite numerous delays, mainly caused by the Colombian government’s inability to make suitable provision for the FARC in the demobilization camps, the initiation of the disarmament process is an important landmark.

While the FARC did not hand over 30% of their arsenal as originally planned, their disarmament started today with 140 guerrillas surrendering their arms.

“Today does not begin the abandonment of 30 percent of the weapons, but the registration of all of them,” Olga Marin, FARC delegate to the MM&V, told Verdad Abierta, adding that the 140 members offer up their weapons “as a gesture of peace.”

The disarmament process, which is expected to conclude by May 29, began with the registration of weapons that some 6,900 FARC members brought to 26 demobilization camps located throughout the country.

The UN Mission is registering the quantity and the type of the weapons, along with the features of each of them, confirmed the Office of the High Commissioner for Peace.

Next, the UN will collect the weapons and lock them away in camera-monitored containers. They will also be responsible for their transportation out of the demobilization zones.

The weapons will be melted and the material used to build three monuments to the victims of the five-decade long conflict, which left over 265,000 people dead 45,000 missing and 7 million displaced.

One of the monuments will be erected in Colombia, another at the UN headquarters in New York and the third one in Cuba, where the peace deal was negotiated and signed.

FARC, or the Revolutionary Armed Forces of Colombia, were founded in 1964 by small farmers and land workers who had banded together to fight against inequality.

They fought the longest-running armed insurgency in Latin America, which ended only last November after four years of formal peace talks.

The demobilization of the FARC is one of the six pillars of the peace agreement. It should be completed 180 days after the peace officially began on December 1, 2016 – an ambitious goal, taking into account that the demobilization of other armed groups such as the IRA in Ireland and Colombia’s own AUC paramilitaries, which took years.