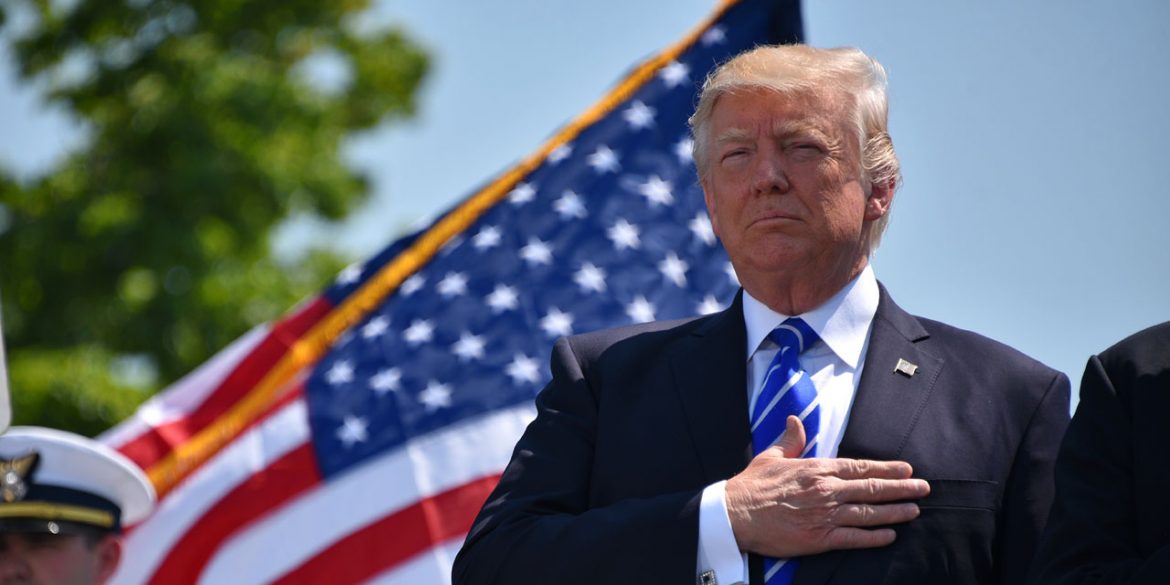 US President Donald Trump (Image: US Coast Guard)
From the editor

I expect the United States to become a reliable partner in finding a solution for Colombia’s drug problem again once President Donald Trump is out of office.

From abroad, it’s been a lot of fun watching Trump, especially when he dissed President Ivan Duque and then had to kiss and make up because of Venezuela or something. You don’t see ineptitude like that at such a high level very often, not even in South America.

The two accidental presidents’ idiocy provided a welcome distraction to reality, which is that both are doing absolutely nothing against drug abuse or drug trafficking, which is killing thousands of people a year.

The swamp creatures and their silly targets

The Trump administration said last year that it planned to half the number of hectares of coca cultivation in Colombia within a period of five years. Considering that this number more than tripled the three years before, this is hardly ambitious.

The drug traffickers are actively helping the US government swamp creatures to meet their silly targets by increasing the yield per hectare. Narcos are much smarter than bureaucrats, it’s why they make more money.

In 2023, the US government is going to tell the American people that they have successfully met their target and cut the number of hectares used for the cultivation of coca in half.

What they won’t tell the American people is that meeting this target is not the result of sound policy or effective law enforcement, but because the narcos by 2023 will need only half the hectares of coca to export exactly the same amount of cocaine. The price for a gram of coke on American streets will stay the same it has been for ages

All the DEA has to do is what they’ve been doing for decades; squander another billion dollars in American tax payers’ money while not actually doing or solving anything.

What the grown-ups are doing

Those who are committed to fighting crime and reduce the harm caused by cocaine have been working with the United Nations, the European Union and Colombia’s Congress.

More than 50 of them have been killed in this fight already, not one of them was a DEA agent. Those overpaid paper pushers barely leave the “bunker” in Bogota.

As the United Nations Office on Drugs and Crime pointed out repeatedly and the entire world knows already; it has been proven that the most effective way to reduce drug trafficking is economic development and allowing farmers who grow illicit crops access to the legal economy.

The DEA opposes this, because it’ll make the agency virtually redundant and force the pretend-patriots to get a real job. Fortunately for them, they are supported by narcos because, as they say, the enemy of my enemy is my friend.

The enemy of both is the strategy supported by the UN and the EU that will effectively reduce Colombia’s cocaine exports, run narcos out of business and leave many DEA agents out of a job.

The enemies of both are the farmers who are giving their lives promoting the substitution of coca and their communities’ inclusion into Colombia’s legal economy.

The problem will never be solved

People have used drugs since the stone age and always will because it’s fun. Like alcohol, cocaine makes you forget about your bullshit job and, at least for a moment, feel happy.

Like booze, you can never make cocaine disappear. The US government tried it with prohibition and it failed, it naively tried it again with the war on drugs and it failed.

Vice is part of our societies whether we approve of it or not. The only thing we and our governments can do about it is reduce harm.

On the consumer’s end, the harm caused by cocaine is a health issue. It kills your brain and your nose, and if you take too much of it at once you die. This harm can be reduced by prevention measures like education and reaction measures like access to effective rehabilitation.

On the producer’s end, the harm caused by cocaine is essentially because, unlike alcohol, cocaine is unregulated and counternarcotics efforts have been militarized. For every gun the US government gives to the Colombian police, the narcos get two, adorned with gold or other glittery stuff preferably. Meanwhile, no tax revenue is generated by the export and import of cocaine.

Someone told me this week that my proposal to legalize and regulate cocaine is Utopian, but that’s what they told me about marijuana 20 years ago too.

Policy makers are just slow because the swamp creatures are continuously setting targets they can’t miss in their perpetual attempt to justify squandering our tax contributions without solving a goddamn thing.

Despite Duque, Trump, the swamp creatures and the narcos, the effective reduction of cocaine production and the violence that comes with prohibition is already underway.

The United Nations, the European Union, Colombian Congress, the association of coca growers and many others have been working on the improvement of infrastructure and voluntary crop substitution since May 2017.

Roads are being built, 90,000 coca-growing families have signed up for a crop substitution program and another 30,000 are waiting to be allowed to take part.

The creation of infrastructure and growing legal crops take time, but once the roads are built and the legal crops are in the supermarkets, cocaine production will have severely dropped without one American dollar.

This fight isn’t over. Trump may have severely weakened the US government, but he has strengthened the narcos who are arguably worse than the DEA and have no qualms in assassinating leaders promoting crop substitution.

Once the American wanna-be despot is gone and the US government begins cooperating with the rest of the world in the global struggle against drug abuse and transnational crime, we will be closer than ever to actually solving Colombia’s cocaine problem.