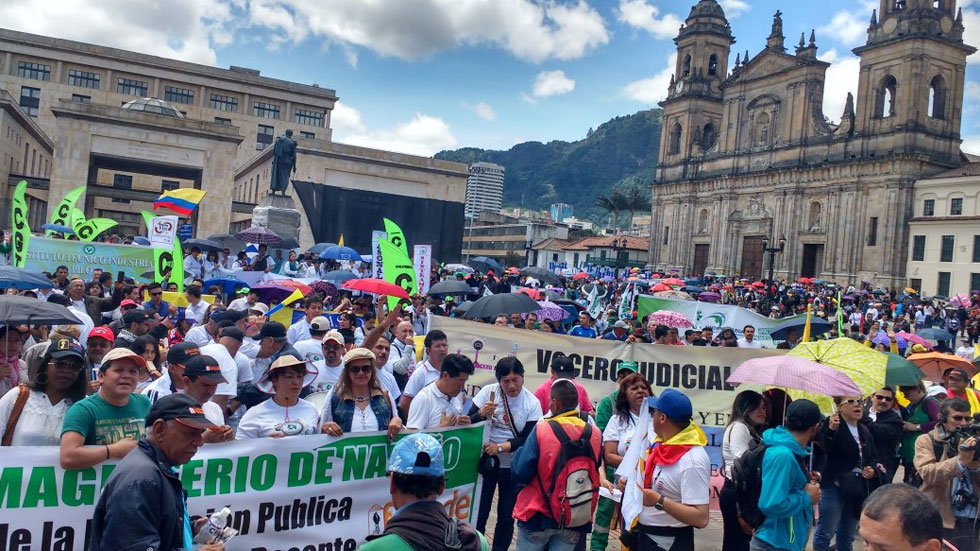 ‘Half a million’ in Colombia on strike, from the jungle to the capital

Colombia partly shut down on Tuesday with teachers, state employees and virtually the entire western Choco province on strike.

Citizens in the Pacific Choco province have engaged in an all-out civic strike since Wednesday last week, claiming the national government has broken promises to alleviate rampant state neglect, poverty, violence and corruption. 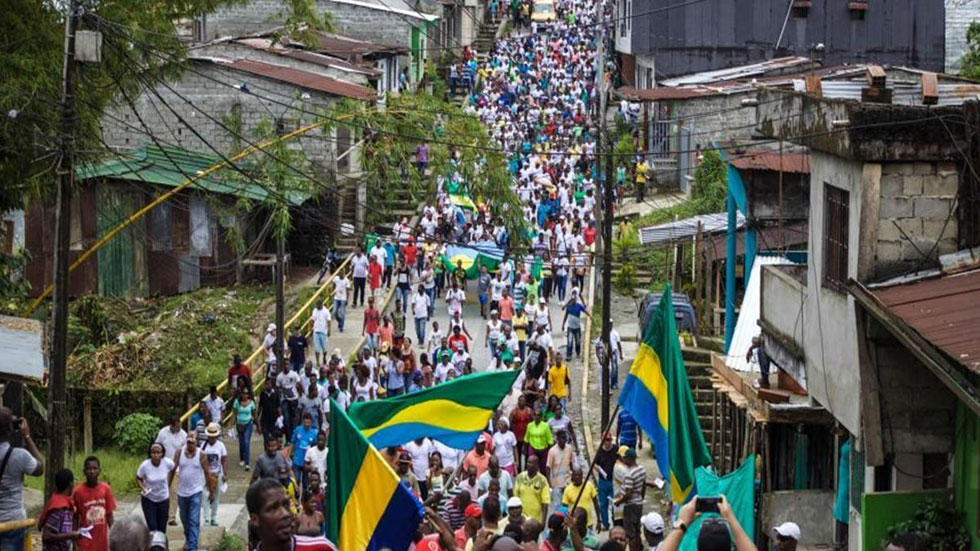 As if the estimated 70,000 taking part in marches in Choco wasn’t enough of a problem for the national government in Bogota, the capital itself on Tuesday filled up with tens of thousands of primary and secondary school teachers.

The teachers have been on strike since last week to demand an increase investment in education.

Also in other major cities, teachers massively took to the streets, causing a partial shut-down of traffic, not just in Bogota, but also in Medellin and Cali.

According to newspaper El Tiempo, as many as 330,000 took to the streets throughout Colombia in an accumulation of strikes.

“The general unemployment of Colombian teachers and state workers is due to the failure of the Government to invest in each of these sectors… We believe that tomorrow will paralyze some 500,000 to 600,000 people. Delegations from all over the country will come to the capital,” Pedraza said Monday.

INPEC’s union announced an indefinite strike beginning on Tuesday following the government’s failure to agree with requests made regarding the overcrowding of prisons and unregulated working hours.

The prison guards said they wanted “life insurance for all INPEC employees, rules regarding the working day, since we are the only public entity that does not have a regulated the working day, meaning we work up to 96 hours a week and the expansion of the prison workforce, among other points,” said Diana Salinas, president of STC labor union.

The accumulation of strikes and demands for public investment present the administration of President Juan Manuel Santos with a major fiscal dilemma as the government’s claims it has no money are not just negotiation tactics.

Colombia’s economic reserves have vaporized after the collapse of commodity prices in 2014. The drop in the price of oil, once responsible for more than half of Colombia’s export, has made serious cuts in government revenue.

The government has promised public investment, but in job-creating sectors like construction and road infrastructure in an effort to prevent a rise in unemployment. However, this has left the government with no budget to fulfill previous promises made with, for example, Choco and the teachers.