Public schools across Colombia suspended classes for almost a week on Thursday in an attempt to force the government to increase investment in education.

The massive strike strike was organized by Fecode, Colombia’s largest teachers’ union with some 380,000 members.

Across the country, teachers took part in meetings, while other attended concerned community leaders and parents, some of whom couldn’t go to work because of the strike. 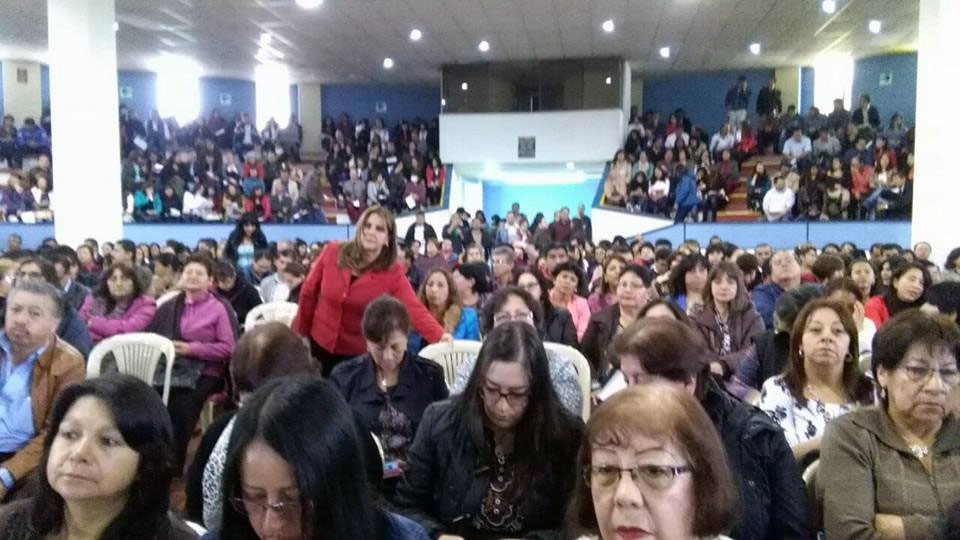 Teachers massively took part in the strikes from major cities like Pasto…. 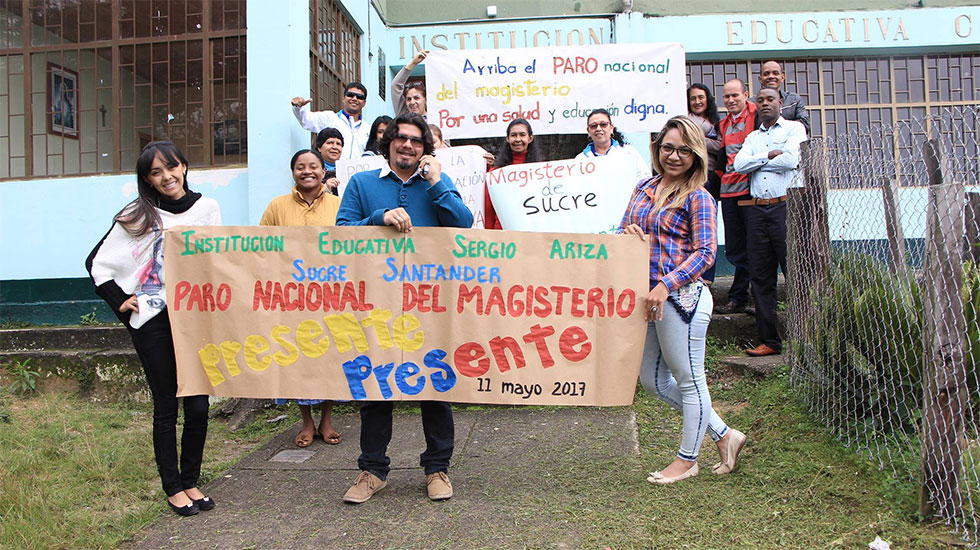 …until in tiny villages like Sucre, Santander. (Images: Fecode)

The teachers don’t just want a wage hike, but demanded more investment in education infrastructure in Colombia, globally one of the worst performers in education.

Additionally, the teachers are demanding an improvement of the quality of school meals for children and compensation for travel expenses.

The strike is the third in the past four years and the fourth since Santos took office in 2010.

We have met our obligations. We ask them to sit down again and point for point go through the negotiation. This way we can make more progress in reaching the possible agreements, if and when we take the country’s fiscal reality in account.

Colombia is going through tough times economically after in 2014 the prices of commodities, Colombia’s primary export sector, dropped and the government annually lost billions in dollars in royalty revenue.

Since then, it has had major trouble maintaining a stable budget, while teachers for years have been promised substantial investment in Colombia’s public education, which globally finds itself among the worst performers.

Subsequent austerity measures, “the beacon of the neoliberal policy of the Santos administration, has withered public education and degrades the fundamental rights of teachers,” Fecode said on Twitter after its first day of protest.

Following the popping of the commodity bubble, the Santos administration has abandoned its initial “neoliberal” policy and has presented major public investment in job-creating projects like free housing and road infrastructure. However, the education sector has been left out, according to the teachers.

We haven’t, for example, reached agreement on the number of pupils each teacher should have. While the logical thing would be that each teacher has until 15 children, we have 35 or 45, This way we can only maintain them, we can’t teach them.

The teachers received the support of municipal and provincial education secretaries, who also urged the government to invest in education.

Colombia’s education secretaries recognize that education is a key element for sustainable human development and to construct a country in peace. Because of this we have worked from our territories to guarantee, with quality and applicability as criteria, the right to education of our boys, girls, teenagers and adolescents. We recognize the importance of putting education and the country and governments’ determination at the center of the public agenda to improve education and increase coverage.

Thursday was just the first day of the strike that is expected to last until Wednesday next week.

On Tuesday, Fecode said it would “take Bogota,” Colombia’s capital, with a march of at least 40,000 teachers.

In 2014, Fecode was able to mobile hundreds of thousands of teachers in marches across the country. 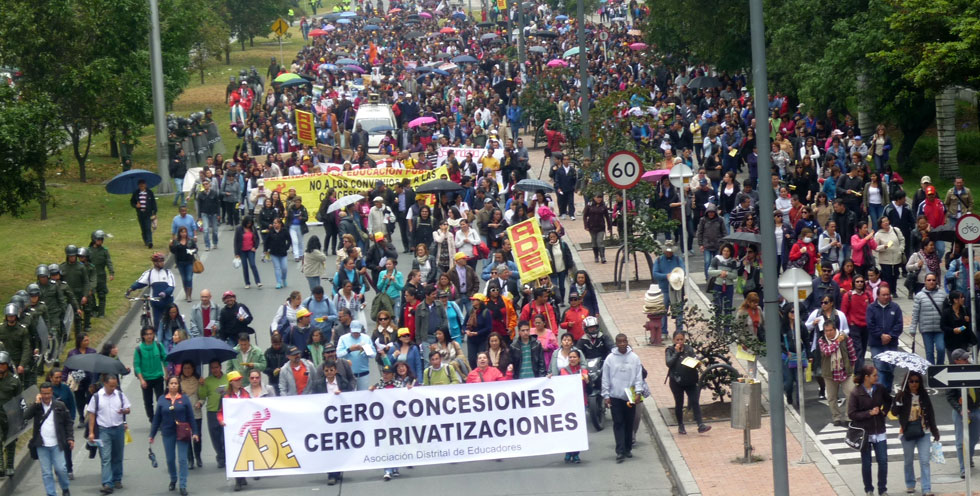 The teachers are presenting the president with a major fiscal dilemma as the government’s claims it has no money are not just all talk. The aftereffects of the commodity bubble, during which also no investments were made in education, have vaporized the country’s reserves.

Notwithstanding, the powerful teachers union is not willing to pay for the government’s general economic failures and refused to to accept the invitation to talks until the president comes with serious investment plans.

“If they call us to discuss the economic part, we will sit down,” Rivas told newspaper El Tiempo.