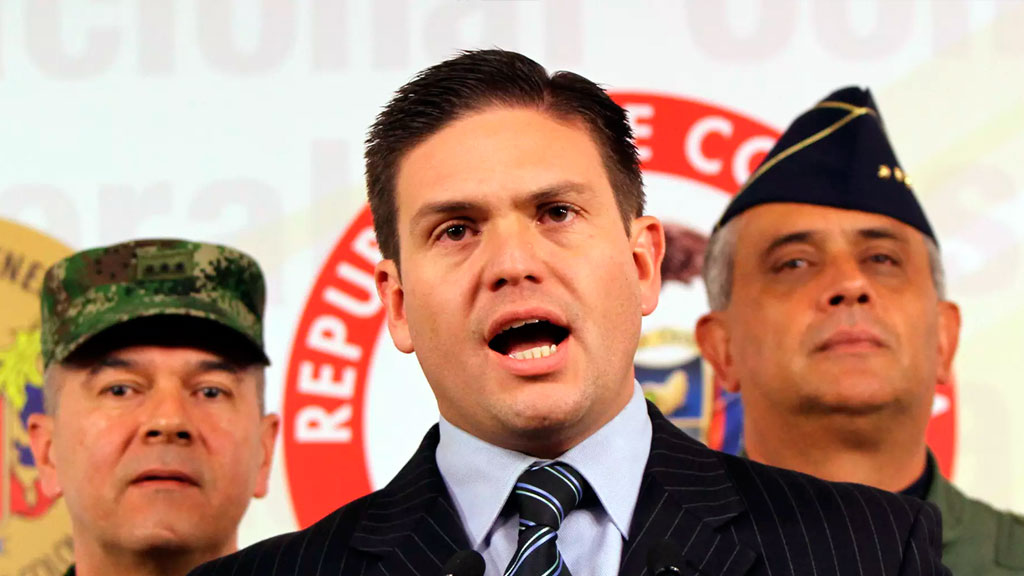 Ground offensives against FARC to continue despite absence of air support: Minister

In the spite of suspended air strikes, Colombia’s military will use “all available means” to continue fighting the FARC, Defense Minister Juan Carlos Pinzon said on Wednesday.

The defense minister is in South Korea for a government visit, from where he talked to press about the suspension of air strikes ordered by President Juan Manuel Santos in an attempt to de-escalate the conflict during peace talks.

“President Santos has given the said instructions [to end bombings] on FARC camps for just 30 days, which obviously allows and obligates the armed forces to continue protecting Colombians,” said Pinzon.

Santos gave the order for the 30-day suspension to reciprocate a unilateral ceasefire called by the FARC in December, and the rebels’ promise to end child recruitment and begin clearing landmines.

According to the government and independent observers, the FARC has largely kept their word and have refrained from carrying out attacks since December 20.

Conservative opposition Senator Alvaro Uribe, the current president’s predecessor, rejected the government concession, claiming the FARC had failed to comply with their ceasefire.

Pinzon previously confirmed one of the alleged breaches of the ceasefire.

The FARC called its ceasefire after agreeing to a de-escalation of armed conflict while negotiators in Cuba are trying to barter an indefinite bilateral ceasefire.

This bilateral truce could be put in place before reaching a final peace agreement with the guerrillas who have been at war with the state for half a century.

The two negotiating teams have so far agreed on a rural reform, future political participation of the FARC and drug trafficking.

The main negotiating teams are currently talking about victim compensation and legal responsibility for war crimes. A military and a guerrilla subcommittee is negotiating the final end to conflict.

If the talks prove successful they will end a conflict that according to official statistics has left more than 7 million victims.