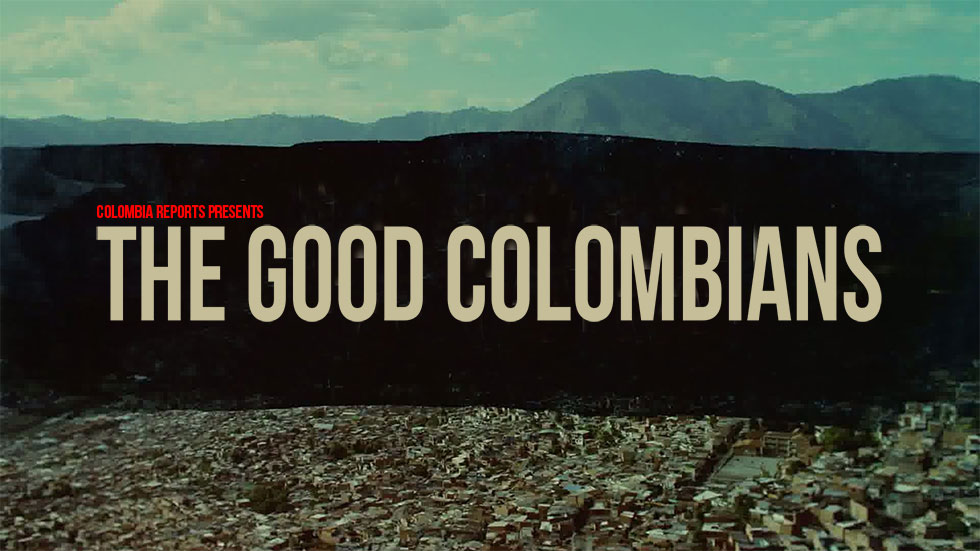 The arrested Gustavo Villegas is not a “bad Colombian” like a narco or a guerrilla, that type of field work is beneath the “good Colombians” from the city’s exclusive Poblado district and the nearby municipality of Rionegro. 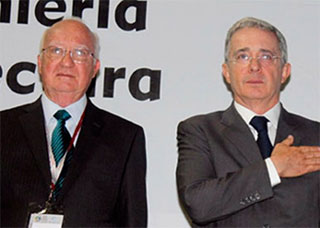 The Villegas family is a respectable family, whose legitimate construction businesses and political connections allowed Gustavo to pose as a “good Colombian” while “bad Colombians” did the dirty work, and both got rich.

Villegas’ uncle Alvaro is a former governor and former ambassador to the United Nations no less.

He’s also the owner of CDO, the construction company that killed 12 in 2013 when one of its buildings collapsed due to rampant corruption.

Instead of of being charged for the disaster, the businessmen/politician/diplomat has been rewarded the Order of Boyaca, Colombia’s highest peacetime decoration, by former President Alvaro Uribe, reportedly his political prodigy.

Because Colombia’s impunity rate in war-related crimes is virtually absolute, Villegas just never was arrested until after a peace deal with the “bad Colombians” of the FARC forced the Colombian government to go after the narcos’ ties to regional elites that wield a lot of political power.

Medellin’s political and economic elites have refused to cooperate with the FARC peace process “por las buenas” and on Tuesday learned “por las malas” that they will be called to justice for the terrible pain they have inflicted on the people of Medellin and Antioquia.

The provincial pseudo-lords are no party to the United States government, the United Nations and the European Union.

The current mayor may be the first to be caught with his pants down, but he’s not the only one in the “paisa” political and economic elites to allegedly collude or be criminally complacent with drug trafficking paramilitary groups. 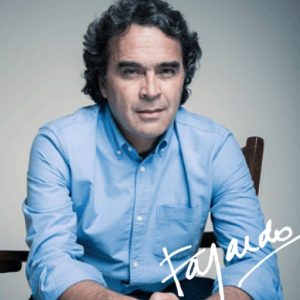 One of the main characters in Parapolitics II is the city’s former mayor and current “anti-corruption” hopeful in the 2018 elections, Sergio Fajardo, a.k.a. “Mr. Donbernability.”

The presidential candidate has widely been praised for his “fresh” and “progressive” approach to politics when mayor of Medellin between 2004 and 2007.

It was Fajardo who built most of the cable car systems that today are considered the city’s top tourist attractions. It was Fajardo who reported the first major drops in homicide rates after the demobilization of paramilitary umbrella organization AUC between 2003 and 2006.

Fajardo, like Villegas, comes from a family of “good Colombians,” that also made its fortune in an ongoing construction fever.

What Fajardo hates being reminded of is “donbernability,” the phenomenon of almost harmonious coexistence between Fajardo and “Don Berna,” the heir of Escobar who demobilized as the commander of the AUC’s Cacique Nutibara Bloc (BCB) on November 25, 2003.

Five days after his demobilization, at midnight on Escobar’s birthday on December 1, the jailed crime lord ordered all gangs of La Oficina to set off fireworks, a ritual that has become a popular annual event called “la alborada” since then. 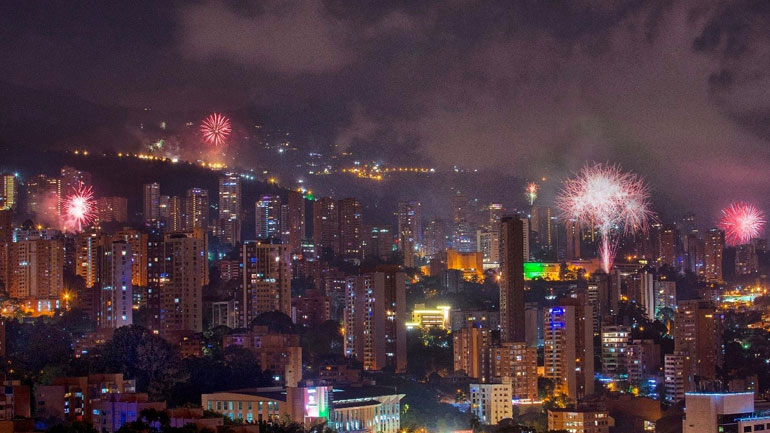 This impressive show of force did not just introduce a new narco ritual celebrated by both “good” and “bad” Colombians, but made it evident that Berna had not demobilized his troops as agreed with the Uribe administration, and Medellin was still controlled by the war lord with the same criminal rigor as when Escobar ran la Oficina a decade before.

When Fajardo took office four weeks later, he named Villegas his Government Secretary and made him responsible of the reintegration of some 4,000 former members of the BCB, many of whom remained members of La Oficina while receiving money from the national government.

According to weekly Semana, Villegas was a personal friend of both Uribe and Fajardo, and while the former mayor and the former president applauded their mutual friend for the demobilization that never took place, the Government Secretary was funneling peace funds to a security company called Total Control allegedly run by former paramilitaries and Jorge Gaviria, the brother of current opposition Senator Jose Obdulio Gaviria and cousin of, no other than Pablo Escobar.

The Institute for Public Knowledge (IPC) also revealed an investigation in which the State allegedly, through the Special Peace Programs Funds signed a contract with Total Control for more than $425,000.

Fajardo meanwhile was allowed to go on his building spree in the city’s poor neighborhoods where La Oficina had been the ultimate authority since Escobar.

Uribe and Fajardo even invited King Carlos of Spain to open a library in the Santo Domingo neighborhood where La Oficina remained lord and master in 2007, but had been ordered by Berna to remain quiet as business was good, both for the “bad Colombians” and the “good Colombians.”

The library was closed due to major construction failures less than five years later.

While Uribe and Fajardo were trying to maintain their facade of being “good Colombians,” the library’s facade literally came off, endangering the lives of those living underneath the building. 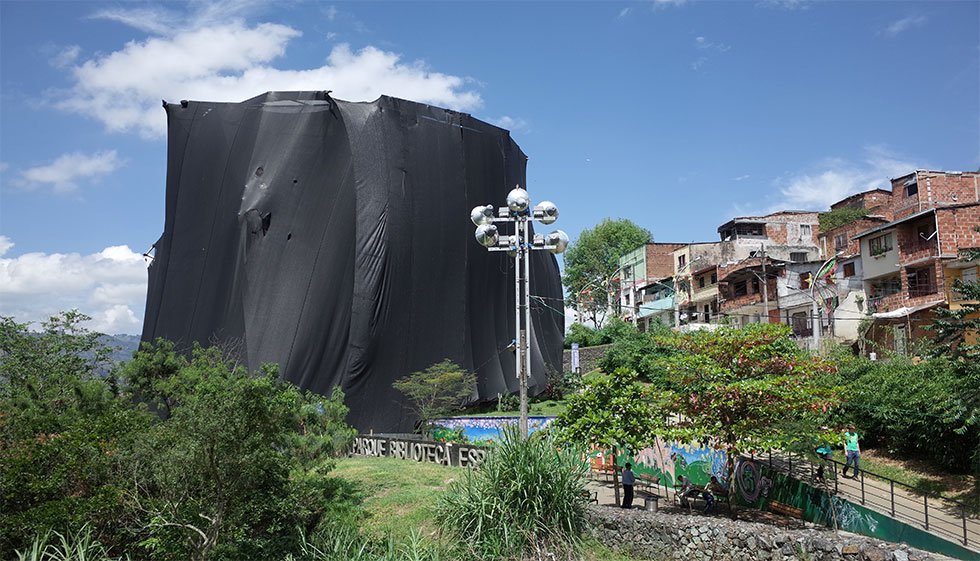 Fajardo’s King of Spain Library has been “under construction” for years.

Fajardo’s successor, Alonso Salazar, found out about the Total Control scheme, fired Villegas in 2008 and ended the Medellin government’s business with La Oficina.

Uribe, whose cousin Mario had come under criminal investigation for his ties to the AUC, extradited “Don Berna” and plunged La Oficina in a turf war that cost thousands of lives, many of whom were innocent civilians, and one of whom was a former collaborator of this website.

In spite of the grotesque failure he was as a mayor, Fajardo became governor of Antioquia in 2012 and went on another public money building spree, this time of public schools.

At the same time, the AGC, another group of post-AUC paramilitaries took increased control over the province without any resistance from Fajardo. Escobar’s cousin Jorge bartered a new pact, this time between La Oficina and the AGC.

While a Medellin judge ordered an investigation of Uribe’s alleged ties to the AUC in 2013, Fajardo, Gaviria and Villegas were overlooked.

Eighteen of Fajardo’s educational parks were reportedly never finished, while others are left abandoned, leaving many rural communities with the same substandard education facilities they had before the governor had taken office. 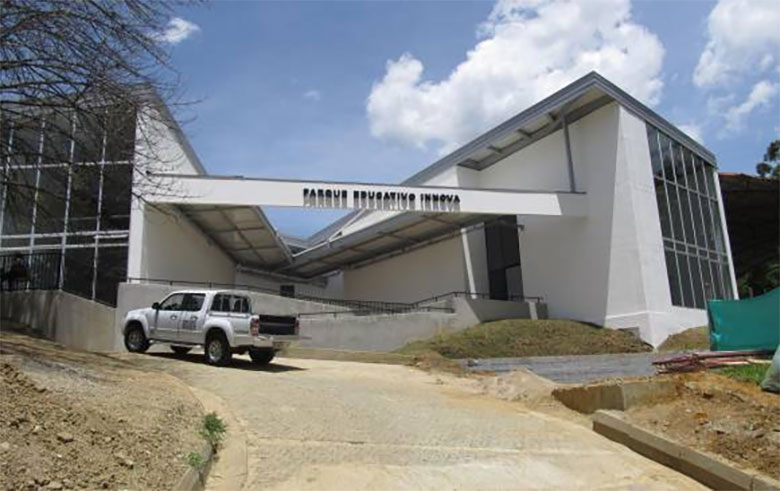 Why does that community allow in silence that its educational park remains closed, that its infrastructure is rotten and its furniture deteriorates for lack of maintenance while it does not even require municipal administration or the very Government of Antioquia for its operation?

In spite of having been in bed with almost every political dynasty in Antioquia, his absolute failure to effectively demobilize La Oficina and having done nothing but spending public money on window dressing while leaving public security to paramilitary or crime groups, Fajardo is now hoping to become president in 2018 — on an anti-corruption ticket no less.