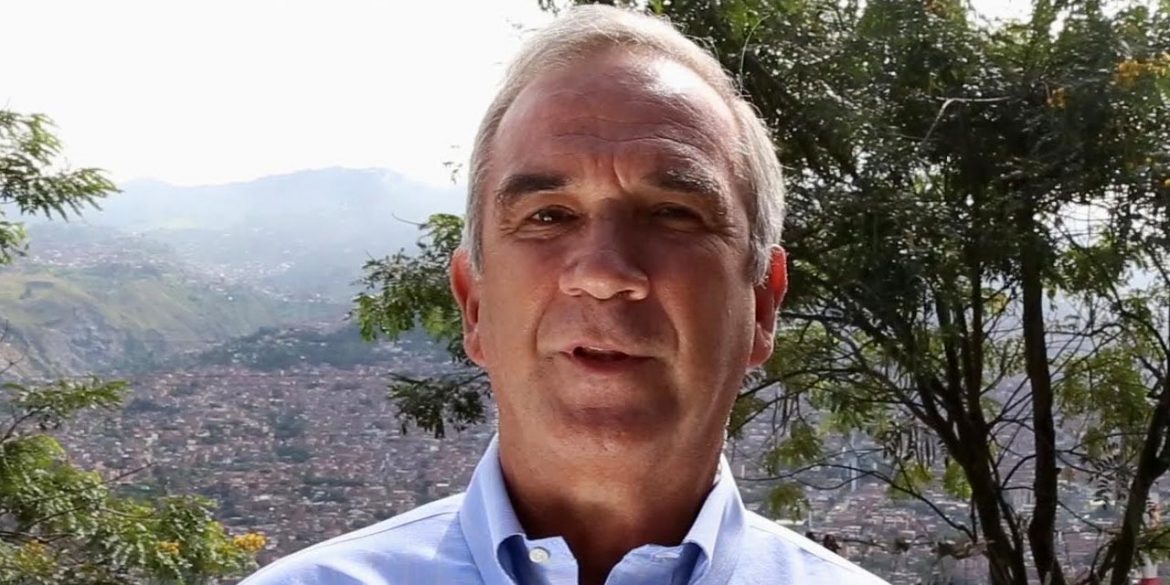 Medellin’s security secretary was arrested on Tuesday on charges of having ties to drug trafficking groups in the latest of a series of arrests of allegedly corrupt top officials in Colombia.

The arrest of Gustavo Villegas came a week after the arrest of the anti-corruption chief and amid a wave of arrests of government officials accused of having ties to drug trafficking groups.

The nation wide anti-corruption offensive is carried out with the support of the United States Justice Department.

As mayor I will take charge myself and will immediately call for an extraordinary security council in which we reaffirm the structural sight against crime we have been having.”

The mayor with no clothes on

The arrest is a major embarrassment for Mayor Federico Gutierrez, who personally appointed Villegas earlier this year in spite of long-existing allegations the dynasty politician had ties to “Don Mario,” the imprisoned founder of paramilitary group Gaitanista Self-Defense Forces of Colombia (AGC), and the now-defunct paramilitary umbrella organization AUC.

According to Medellin’s chief prosecutor Claudia Carrasquilla, the local dynasty politician and, according to local newspaper El Colombiano the mayor’s right-hand man, “protected ringleaders of criminal organizations” without giving further details about which organizations.

Berna had taken over the “Oficina de Envigado,” the enforcer army of Pablo Escobar, after helping to kill the drug lord and becoming a top-ranking member of the AUC, but continued running his urban gangs from prison until his extradition to the United States in 2008.

Five days after his supposed demobilization, Don Berna ordered all the city’s “combos” to light fireworks on December 1, Escobar’s birthday, in a show of force that has become an annual ritual.

The phenomenon of the Medellin government’s complacency with Berna’s rule over the city was called “donbernability.”

The arrest sent a shock wave through Medellin’s political and economic elite that has long been accused of having ties to drug traffickers, organized crime and paramilitary groups that continue controlling the city’s neighborhoods and, according to the prosecution, the very top of the city’s government.

The ties between Medellin’s political elite and regional paramilitary groups has been a scourge in the city for decades and previously led to the arrest of another dynasty politician, Guillermo Leon Valencia, who as Medellin’s former chief prosecutor was arrested and ultimately convicted for the same charges as Villegas.

At the time of his arrest in 2008, Valencia’s brother Fabio, was the justice minister of former President Alvaro Uribe, whose family had intimate ties to the Medellin Cartel and who is now facing multiple war crime investigations.

Both Uribe and Valencia are directors of the hard-right Democratic Center party that opposes a peace process with the Marxist FARC guerrilla group, the paramilitaries’ former arch enemy.

As part of the peace process and with active US support, the Colombian government has committed to dismantle the paramilitary structures that have permeated and corrupted Colombia’s political system since the 1990s.