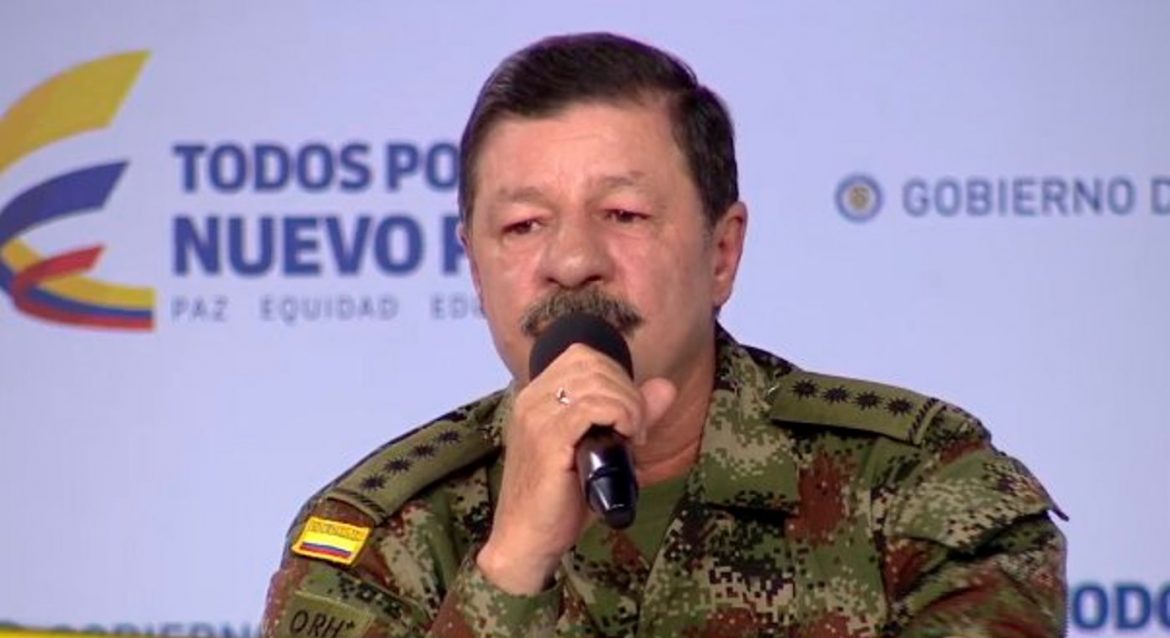 General in charge of Colombia’s transition to peace resigns

The general who since 2014 was in charge of a military transition during an ongoing peace process with the FARC has resigned.

General Javier Florez was involved in the planning and execution of the FARC guerrillas’ demobilization and disarmament.

The army general got involved with the peace process in 2014 when he became a military representative to the peace talks in Havana to negotiate the process for the FARC’s demobilization and disarmament.

Following a ceasefire in September last year, Florez executed a major reorganization of the National Army to confront post-FARC challenges.

The stability of the peace process with the FARC has been under pressure by other illegal armed groups that have filled criminal power vacuums left by the FARC’s demobilization.

The transition has also been under fire due to failures to provide security in key conflict areas,  resulting in the killing of dozens of social leaders and demobilized FARC members.

Additionally, coca growers have increased production in the years leading up to the peace process and have clashed with the military in several parts of the country.

Florez cited personal motives for his request to be discharged.

He dedicated himself to making peace possible. Upon receipt of this request for discharge I have only positive acknowledgements on behalf of Colombia and the public forces.

Florez entered the National Army in 1977 and was previously involved in operations that killed key FARC commanders.