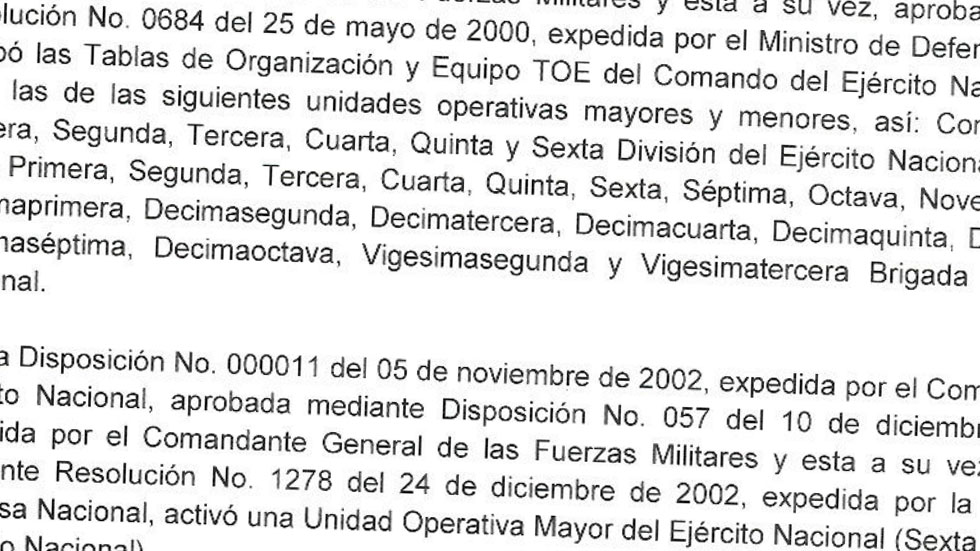 Of Colombia’s 8 military divisions, the entire general command structure of the 1st until the 6th Divisions will be reorganized, maintaining only 7th Division based in Medellin and the 8th division in Yopal in tact. 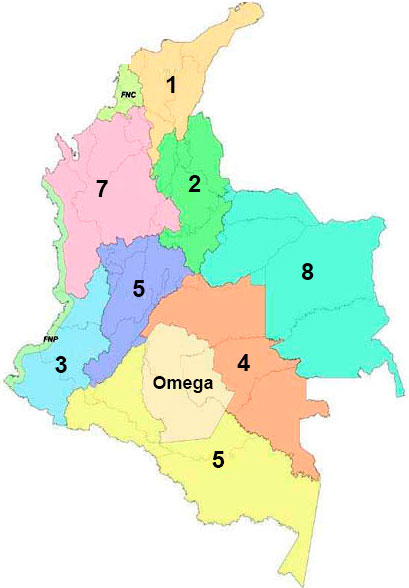 The radio station based its claim on an order issued on Friday by the commander of the National Army, General Alberto Jose Mejia.

Additionally, Mejia ordered the elimination of the Marte, Apolo, Sumapaz, Zeus, Jupiter and Nudo de Paramillo Joint Task Forces and the reintegration of their members in the soldiers’ original brigades.

Most these task forces were operating in areas where combat against drug trafficking and their territorial guardians FARC colluded.

The Joint task force Omega, active in the heart of what used to be FARC territory, will remain intact while the Navy will remain its jurisdiction over the Pacific coast and the Magdalena Delta on the Caribbean coast.

The colossal reform of the army followed a peace deal with the country’s guerrillas group, the FARC that has fought the State and its forces since 1964, but signed peace in November last year after signing a ceasefire in September.

The ongoing demobilization of the guerrillas has created a major shift in territorial control of other former FARC territory.

For the military it has also spurred a major priority shift from fighting the FARC to fighting the country’s so-called Class A Armed groups, conformed by paramilitary groups Self-Defense Forces of Colombia (AGC) and Puntilleros, guerrilla group ELN and the much smaller “Pelusos.”

The Class A determination of illegal armed groups make them a target for the military, rather than only the police as is the case with smaller armed or criminal groups.

While groups from small to big have been vying over FARC territory, the Class A groups’ strongholds primarily lie in the jurisdictions of the divisions in more “consolidated” national territory.

To curb violence spurred from ongoing turf wars and political violence, Mejia created the Consolidation and Stabilization Operational Command, operating from Cauca, that seeks to target the illegal armed groups that have been assassinating social leaders while seeking to establish themselves as clandestine authorities in former FARC territory.

The military reform is the latest of radical power shifts within the State system that followed major criticism about the State’s slow implementation of the peace deal and its response to the territorial shifts of illegal armed groups other than the FARC.

Additionally, the president last week announced major reforms with the National Police and the Prosecution to more effectively combat drug trafficking, one of the main revenue streams of Colombia’s multiform illegal armed groups.

While the National Police and the National Army are focusing on the remaining illegal armed groups and FARC dissidents, the national government has embarked on a major rural reform that includes voluntary crop restitution for coca farmers, a new counter-narcotics strategy fiercely opposed by the illegal armed groups depending on coca for their cocaine trafficking revenue.