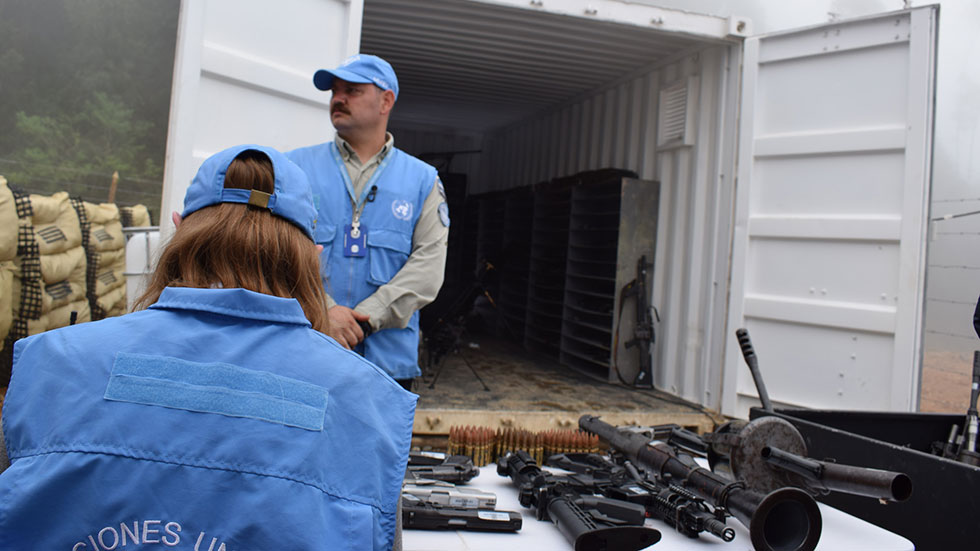 Colombia President Juan Manuel Santos said Sunday that the FARC will begin, not finish their final round of disarmament on Tuesday. Monday next week, the country’s oldest guerrilla group would be entirely disarmed.

The timeline of the disarmament process has already been postponed a number of times, primarily due to logistical issues.

The FARC should have surrendered 60% of its weapons on Tuesday last week, but did not meet that target until Friday, according to the United Nations, which is in charge of verifying the guerrillas’ effective disarmament.

The FARC’s disarmament, and the UN’s verification of this, is taking place in three stages. The surrender of the last 40% of arms in the hands of the guerrillas registered in demobilization, disarmament and reintegration (DDR) camps is the final stage of the process.

“On Tuesday begins the third stage, involving the 40% that is left,” Santos said Saturday. “When this stage is finished, the FARC ceases to exist,” the president added.

In separate operations, the UN, the FARC and state authorities are picking up the approximately 900 FARC weapons caches that are hidden in Colombia’s jungles and mountains.

The president, FARC leader Rodrigo Londoño and top UN officials are expected to formally and ceremonially celebrate the end of the guerrillas’ half-a-century war on Monday next week.

The guerrilla group signed peace with the Santos administration on November 24 and began its DDR process on December 1 last year.