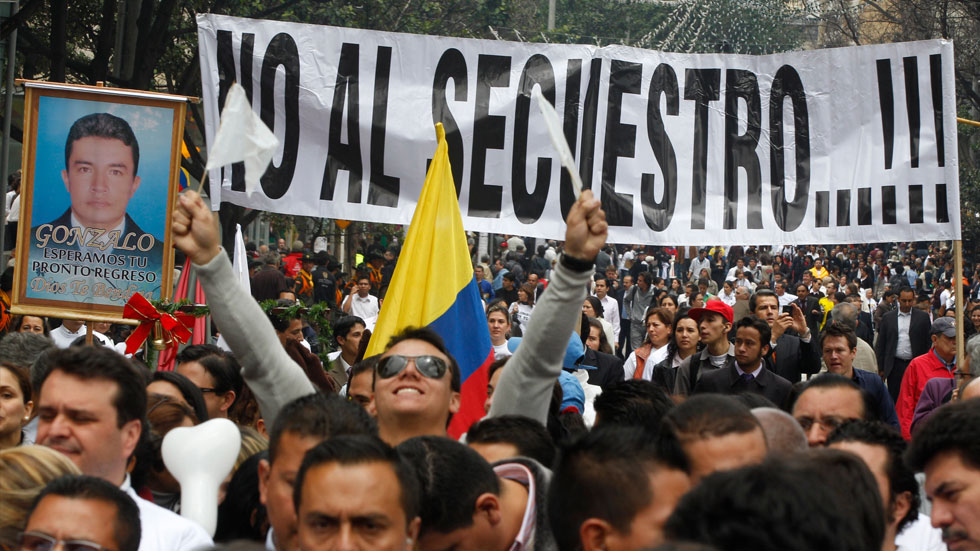 Colombia’s largest rebel group, the FARC, on Wednesday vowed to internally investigate the fate of some 500 people who were kidnapped by the guerrillas but are now unaccounted for.

The guerrillas did so following a meeting with prominent opponents of a peace deal with the guerrillas that was rejected by Colombia’s voters in a referendum on October 2.

Government representatives met with former Conservative Party dissidents Marta Lucia Ramirez and Camilo Gomez, and with journalist Herbin Hoyos who for years has been defending the rights of victims of kidnapping, one of the FARC’s most prolific war crimes.

Following a six-hour meeting with Interior Minister Juan Fernando Cristo, Post-Conflict Minister Rafael Pardo and the president of the Senate’s Peace Commission, Roy Barreras, both the critics of the peace deal and the government representatives proved content with the results of the meeting.

Hoyos surrendered a list of 468 people who were allegedly kidnapped by the FARC, but were never heard from again.

After mediation by the government representatives, the FARC promised an internal investigation to try to clarify the fate and possibly the whereabouts of the missing hostages.

According to Hoyos, the guerrilla leadership in Cuba agreed to ask each of their approximately 50 front commanders to clarify the fate of the victims and have a preliminary response within a week.

Martinez and Gomez, who represented former President Andres Pastrana in the meeting, published on Twitter the four points they want included in the peace deal in order to obtain a “new and optimal [peace] agreement.”

Once consensus is reached between cooperative political forces that opposed the peace deal, President Juan Manuel Santos will then sign a second draft of the peace deal with FARC leader “Timochenko.”

It is unclear whether the president will again risk a referendum or send the revised deal directly to congress for ratification after which the historic peace process can be resumed.