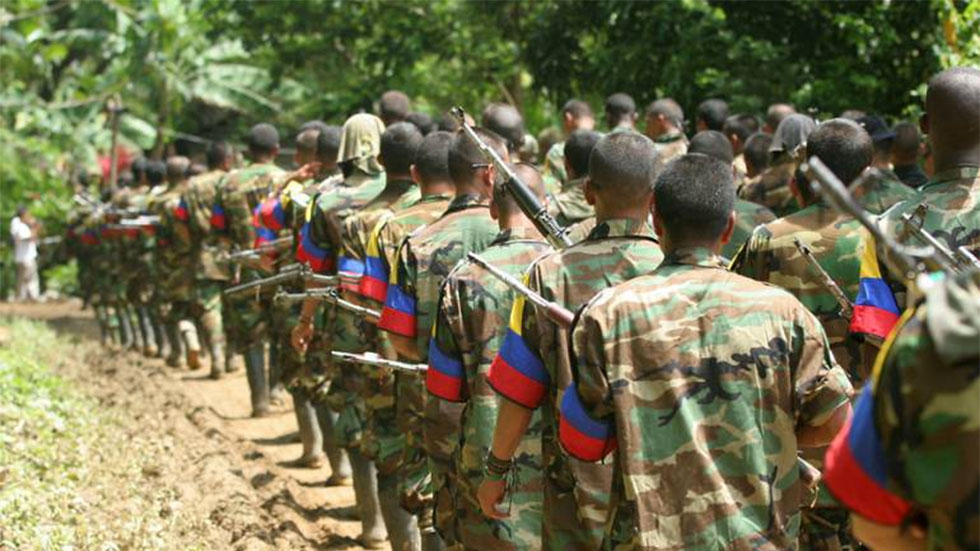 Ahead of schedule, Colombia rebel group FARC has surrendered a list of the 5,765 guerrillas who are set to begin demobilizing and disarming in the coming week, General Javier Florez, the coordinator of the guerrillas’ DDR program said.

According to Florez, military intelligence reports had indicated that there were “a little less than 6,200 members in the ranks of the FARC, which coincides with the figure given by the group.”

According to the group’s demobilization timeline, the FARC was supposed to surrender the list of fighters and the estimated 10,000 militia members on Saturday, five days after signing peace with the government.

Florez made no mention of the expected identification of the militia members who, unlike the guerrillas, are no members of traveling fighter units, but operate from home and are also expected to demobilize.

Only those on the FARC lists who effectively demobilize within the set time limit will be allowed to take part in reintegration programs and receive a government subsidy.

The group has also yet to surrender a list of arms in guerrillas’ possession.

According to Florez, the group should be surrendering some “14,000 rifles and handguns and 6,000 other type of arms like grenades and mortars.”

Curiously, the demobilization and disarmament chief said two weeks ago that “we believe that between rifles and handguns, there are 20,000 weapons,” not including the now-mentioned grenades and mortars.

According to Florez, the FARC will surrender the exact coordinates of the location of their units on Thursday, also ahead of the October 1.

With this information, the military will be able to put in place security measures between the current locations of FARC units and the 27 demobilization sites where they will surrender their weapons to United Nations officials.

The United Nations has been put in charge of monitoring and verifying the effective demobilization and disarmament of the FARC and should also receive the lists of members and weaponry.

The entire demobilization and disarmament of the FARC should be finished before March 26, 2017, after which the former guerrillas will either take part in reintegration programs or be in court to respond to war crime allegations.

Colombia’s longest-living, largest and most-feared rebel group signed peace with the administration of President Juan Manuel Santos on Monday after more than half a century of armed conflict and five years of negotiations.

For this peace deal to be successful, it is important that the military has exact data on the guerrillas to prevent them from keeping men and arms hidden from authorities as happened with the 2003-2006 demobilization of the AUC under former President Alvaro Uribe.

During this demobilization, distrustful AUC members kept arms and men on stand-by. These men later formed the AGC, a.k.a. “Los Urabeños,” after what they considered betrayal of the Uribe administration.

The AGC has since grown to become a major public security threat and effectively became the country’s largest armed group when the FARC signed peace.