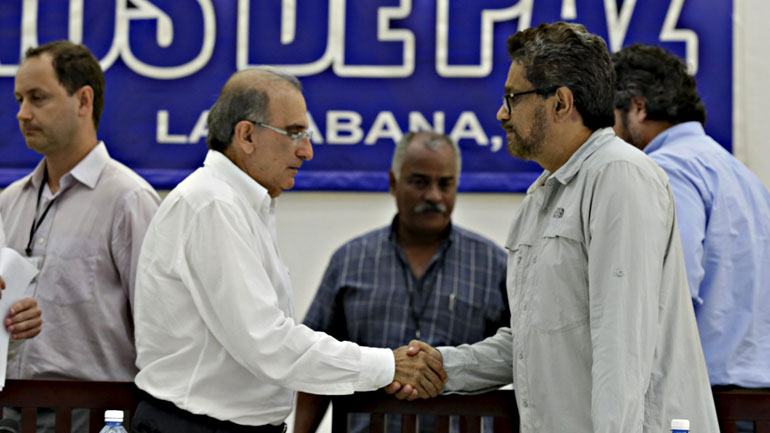 Negotiators from Colombia’s government and rebel group FARC stated that their recently achieved deal to begin a search for the tens of thousands who went missing in the country’s ongoing war represent “another step towards peace.”

Chief government peace negotiator Humberto de la Calle praised the recent agreements as momentous humanitarian progress and highlighted the willingness of the FARC to expedite the process of identifying the disappeared persons.

“This is a humanitarian gesture, an important gesture that responds to obligations to International Humanitarian Law,” De la Calle stated.

The chief negotiator said that tens of thousands of Colombians “have been denied the possibility of knowing what happened to their loved ones. They are mired in a permanent uncertainty,” and not being able to move on, “is something awful, really very painful.”

FARC chief peace delegate Ivan Marquez emphasized the strong participation of the victims in the process of identifying the missing persons, whether alive or dead, and the restoration of justice to these families. Further, Marquez recognized the responsibility of the state, the FARC and other organizations in this process.

“The FARC-People’s Army reiterates its willingness to fight for peace with social justice for Colombia… Its main objective will be to establish what happened to persons reported missing as a result of actions of agents of the state, members of the FARC or any organization that has participated in the conflict,” summarized Marquez.

President Juan Manuel Santos similarly expressed his enthusiasm for the progress made Saturday, an important step in bringing restitution to the victims of the armed conflict.

“Another step towards peace: Agreement over the missing persons guarantees to victims the compliance of the rights to truth, justice, reparation; #TheHourofBelieving,” tweeted Santos this weekend.

The process is hoped to aid in the peace process by providing justice and finality for family members of missing persons, of which there are currently a reported 45,646 according to the director of the Victims Unit.

“The relatives of people who were reported missing have the right to heal their wounds through the location of the remains, and deserve to know what happened,” stated De la Calle.

De la Calle ended his statements with a message to the critics of the peace process, informing them that Colombians must “balance peace on one side and on the other, the decisions for some, as we know, can be bitter and difficult, but we have to take control.”