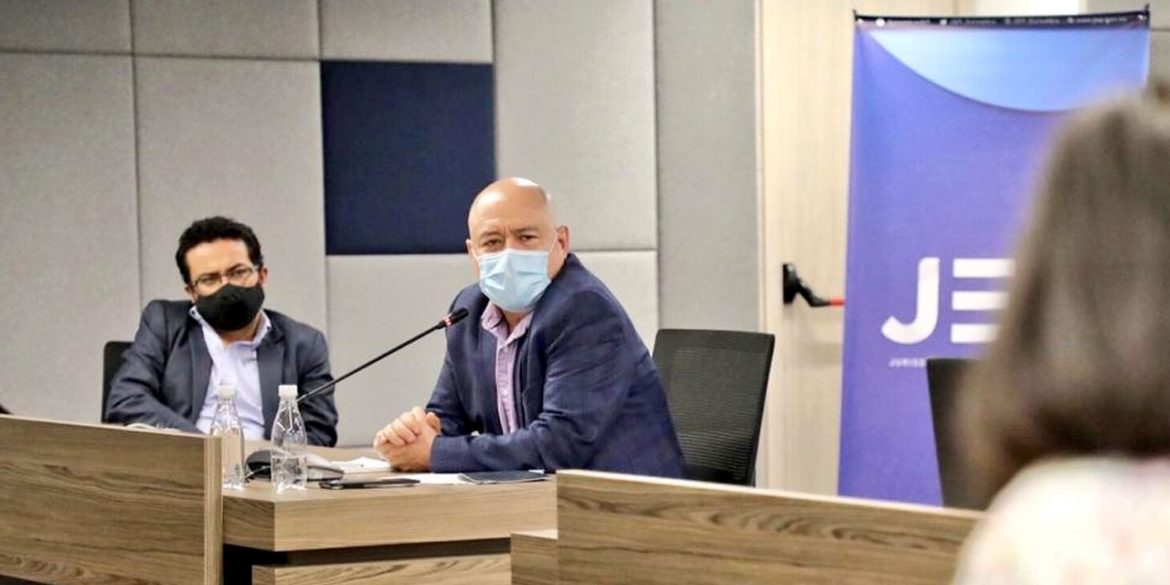 The former commander of the FARC’s urban guerrillas testified before Colombia’s war crimes tribunal on Thursday over the 1995 assassination of legendary conservative leader Alvaro Gomez.

Senator Julian Gallo testified before the Special Jurisdiction for Peace (JEP) two months after publicly admitting he ordered the unsolved murder of the late Conservative Party leader in Bogota.

The bombshell shell shattered hypotheses by the prosecution that was investigating former President Ernesto Samper (Liberal Party) and the military for allegedly ordering the assassination.

According to Gallo, who commanded the FARC’s urban militias as “Carlos Antonio Lozada” at the time, the now-demobilized guerrillas had been wanting to kill Gomez for being a member of the “backwards oligarchy” they blamed for “having started a conflict that lasted for more than 53 years.”

The assassin who ultimately ended the life of the legendary politician would also still be alive, the former guerrilla commander told journalists before his court appearance.

Months passed between the order and the assassination as the urban guerrillas wanted to know the exact hours their victim was giving classes at the Sergio Arboleda University founded by Gomez.

The former urban guerrilla commander said he did not know why the FARC’s leadership never took responsibility for the assassination.

Gallo told the court he assumed the guerrilla bosses considered the tensions between the liberal and conservative establishment spurred by the assassination and the subsequent conspiracy theories were “convenient.’

These tensions only heightened after when a former member of now-defunct paramilitary organization AUC blamed Samper and late Liberal Party mogul Horacio Serpa who died weeks after the FARC took responsibility.