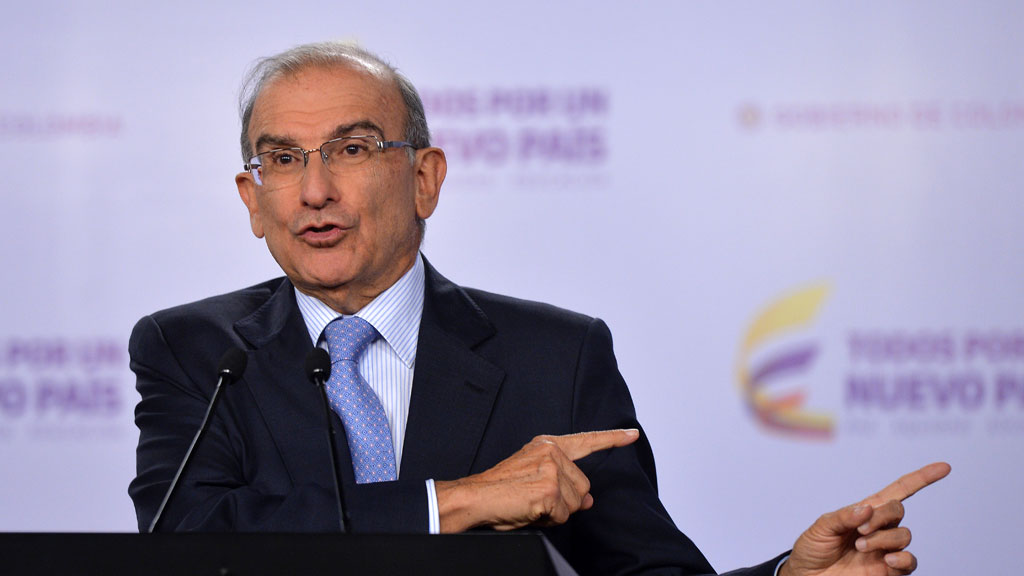 A peace deal being negotiated with FARC rebels will ultimately be determined by a referendum previously mooted by the Colombian government, the official leading negotiations with the insurgents said Monday.

“If the public says ‘No,’ the process stops and there will be no result,” Humberto de la Calle said in an interview with El Tiempo newspaper.

That would also mean “that we would have lost ‘four years of our lives.'”

The Colombian government and the FARC are in the final phase of four years of talks that it is hoped will result in a peace deal putting to an end a half-a-century of conflict.

De la Calle noted that Colombian President Juan Manuel Santos has already spoken of a referendum on a final deal, and that the Colombian public would determine whether it was adopted or not.

The country’s constitutional court is currently studying a bill that would set the scene for a plebiscite.

Alejo Vargas, an analyst at the National University’s Center for Reflection and Monitoring of the Peace Dialogues, has said government supporters of the deal are in the majority. In a referendum, he estimated, “up to 70 percent would vote ‘Yes.'”