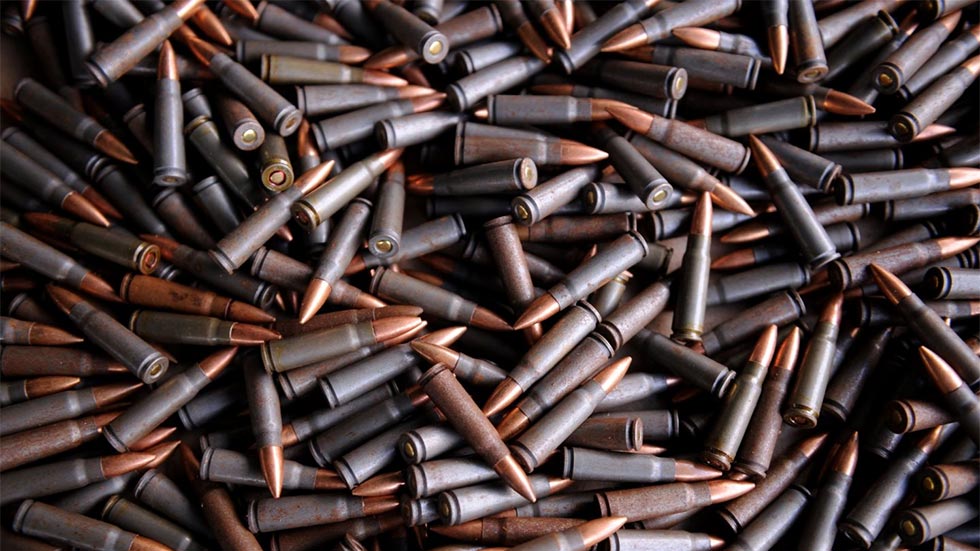 After three and a half years of negotiations, Colombia’s government and FARC rebels finally agreed on a bilateral ceasefire, and the guerrillas’ demobilization and disarmament.

In the fifth of five substantial points on the initial agenda, the warring parties also agreed to let Colombia’s Supreme Court decide how best to seek public ratification of the eventual peace deal.

Most importantly, the FARC agreed to fixed time limits that should guarantee a demobilization within a week and a full disarmament within 180 days after peace is signed.

According to President Juan Manuel Santos, the final deal will not be signed in Havana, Cuba, where the talks have been held, but inside Colombia.

Both the government and the FARC asked the United Nations to immediately begin the preparations for its mission to verify and monitor both parties’ compliance to the pending peace deal.

Both the UN and the Community of Latin American and Caribbean States (CELAC) will be responsible for the verification and monitoring of both parties’ compliance to this point of the agenda.

Both the government and the FARC will have a voice in the commission overseeing the ceasefire, and the demobilization and disarmament of the guerrillas.

Additionally, the international observers will oversee the FARC’s security and the guerrillas’ commitment to demobilization (CFHBD) and disarmament (DA).

The parties committed to immediately and bilaterally cease all hostilities and “whichever conduct that may not be executed in accordance to the annexation of rules of the CFHBD and DA in the present deal.”

The released draft agreement clarified that the allowed conduct excludes any actions that could negatively affect the military, the FARC and the civilian population.

However, the agreement did not contain the aforementioned annexation publicly clarifying the allowed and disallowed conduct.

The government and the FARC will immediately begin with sending out orders to cease all fire and begin preparations for the FARC’s demobilization, the safety of demobilizing guerrillas and the civilian population in the areas where the FARC will demobilize.

The warring parties will also immediately begin establishing a time table for the execution of the following agreements and immediately create permanent communication channels between the government, the FARC and the international observers.

Demobilization of the FARC

The government will create 23 undisclosed transitory areas for demobilization ZVTN and eight camps throughout Colombia. These areas are about as big as the existing borders of the “vereda” or township where the guerrillas will come together.

Within the veredas, the legal carrying of firearms will temporarily be suspended for the maximum of six months the guerrillas’ legal situation should be resolved and the ZVTN be lifted.

During the six-month period, a safety cordon of approximately one kilometer will be created around these ZVTN to prevent any type of armed action possibly committed against demobilized guerrillas or the local population.

Within this safety cordon, public and ex-guerrilla security will be overseen by the international observers and the FARC. No members of the security forces or the FARC will be allowed inside the safety cordon.

One day after the signing of a peace agreement, the government will give out concrete instructions to the military that will allow the mass displacement of FARC members to the ZVTN.

Five days after the peace deal, the commanders of the so-called “Tactical Units” of the FARC will move to these designated areas and begin the coordination of the mass demobilization of troops with the local civilian authorities.

Once all the FARC troops are located and registered, the government will lift all arrest warrants for guerrillas on these lists.

Guerrillas who do not show up at the demobilization points will be in violation of the peace deal and continue to be targets for the authorities.

Guerrillas who are not suspected for human rights violations can apply for amnesty and access to reintegration programs within the demobilization areas.

In each ZVTN, 10 guerrilla representatives will have the freedom to move within the department. Nationally, another 60 guerrilla leaders will be allowed to travel throughout the country to coordinate the further development of peace programs.

Unless in need of immediate healthcare, all other guerrillas will have to remain in their ZVTN until they can take part either in a reintegration program or in trials held by the Truth Commission and the Transitional Justice Tribunal.

Within the camps, no civilians will be allowed, with the exception of international observers who may enter the areas without any limitation in order to verify and monitor the process.

The UN will be fully responsible for the disarmament of the FARC, a process that must be finish within 180 days after a peace deal.

Once all arms are surrendered, they will be made useless and converted into three monuments remembering the conflict and its victims. One of the monuments will be placed inside the UN’s main office in New York City, one in Cuba and one in Colombia’s national territory.

The Tactical Unit commanders will be responsible for the FARC’s compliance and will have to hand over this information on the fifth day they arrive in the demobilization areas.

Additionally, these commanders will give up detailed information on the location of minefields and unexploded ammunition or bombs. This will subsequently be verified by the UN.

Between day seven and day 30 after a peace accord, FARC members will begin bringing their weapons to the 23 established ZVTN.

The arms will then be stored inside UN-controlled warehouses that will begin the making useless of the weapons between day 10 and day 60 after the deal.

After day 60 the UN will begin taking weapons away.

Between day 90 and day 150, the guerrillas will fully disarm. The FARC will have another 30 days just in case, but after day 180 no arm may be in the possession of any of the guerrillas.

This is also the day that all guerrillas must be taking part in either their trial or reintegration program after which all ZVTN  areas should be guerrilla-free and the local situation be normalized.

Additionally, the six-month period is also the maximum period for the bilateral ceasefire, meaning that any guerrilla still in arms will be in violation of the agreement and thus expect police or military action.