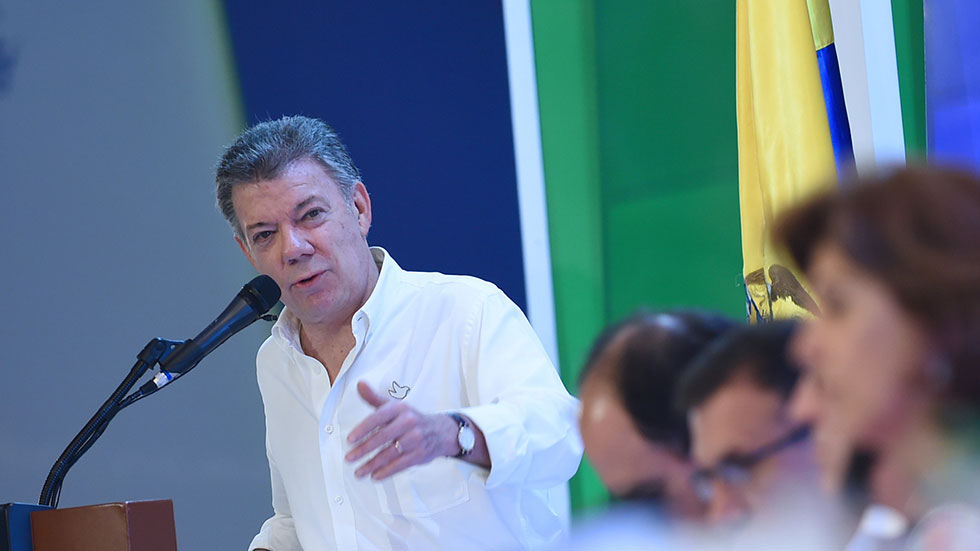 Colombia President Juan Manuel Santos announced Friday that the formal signing of a deal to end the state’s 52-year war with leftist FARC rebels will be signed on September 26 in the Caribbean city of Cartagena.

“This could be the most important announcement of my life,” Santos said at a summit in the port city before revealing that “peace will be signed on September 26, here in Cartagena.”

The formal signing of the peace deal will mean the end of more than half a century of fighting between the Marxist FARC rebels and the state.

The conflict that has involved and continues to involve numerous actors since its beginning in 1964 has claimed the lives of more than 265,000 Colombians while 45,000 are missing and presumed dead. Seven million have been displaced by the violence.

Negotiators of the warring parties had already announced a successful end to peace talks on August 24 after more than five years of talks. Almost four of them held in Havana, Cuba.

Both parties have also formally and effectively ceased all hostilities, making the signing of the 297-page peace accord the last remaining protocol to end the armed conflict between the state and the FARC.

The guerrillas will convene their 10th National Guerrilla Conference between 17 and 23 September during which the FARC is expected to dissolve itself, effectively removing the group from the the list of international terrorist organizations of the United States and the European Union.

The Colombian people have been asked to ratify the deal in a plebiscite set for October 2, a day after the FARC will begin a 180-day demobilization, disarmament and integration (DDR) process of some 17,000 members, including close to 7,000 fighters.

Colombia stakes peace deal on vote; but for millions, their future is at stake

The process, supervised by the United Nations, may be stopped in its tracks as the plebiscite is fiercely contested.

Supporters of the peace deal, including the governing coalition, the leftist opposition and a large number of social organizations are facing stark opposition by supporters of the hard-line former President Alvaro Uribe and a significant part of the population that disagrees with elements of the deal.

If, in spite of the opposition, the deal is ratified it will also set in motion a series of political and rural reforms that seek to tackle some of the main causes of the armed conflict.