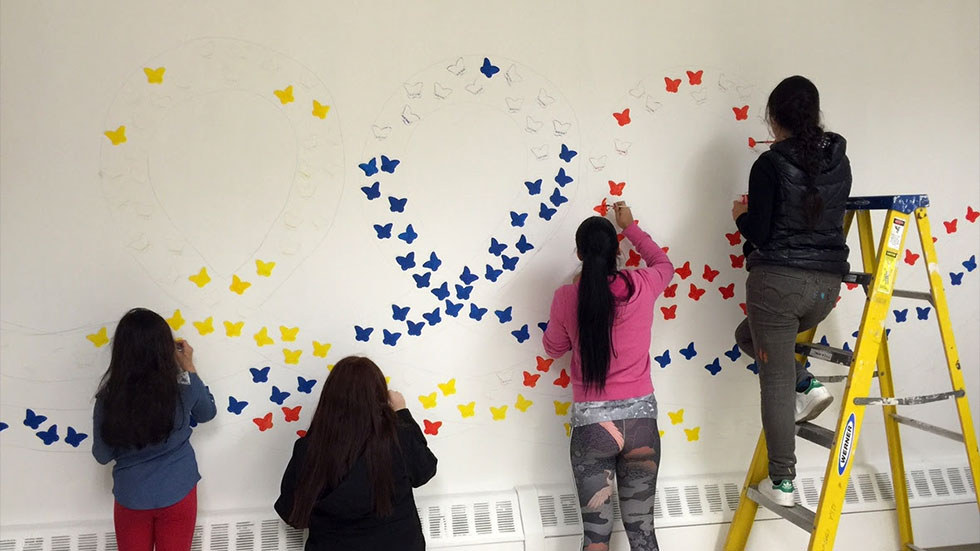 Colombia stakes peace deal on vote; but for millions, their future is at stake

For millions in Colombia, an upcoming vote on peace between the government and FARC rebels will not just decide the fate of their country. Their survival and hopes to a normal life depend on it.

The peace deal that has been negotiated in secret since 2011 and in public since 2012 puts an end to a conflict of more than half a century that has left more than 265 thousand Colombians dead, at least 45 thousand are “disappeared” and almost 7 million have been forcibly displaced.

How to sell impunity for war crimes to voters

As part of the peace deal, the war criminals responsible for the mass victimization of Colombians could evade prison, a major thorn in the flesh of many Colombian voters who feel justice will not be done.

Under former President Alvaro Uribe, a different peace process demobilized some 30,000 members of the far-right AUC paramilitary group. Less than a hundred went to prison and thousands of victims never heard the truth about why their loved ones were killed, raped or disappeared.

The whole process became such a political mess that even Uribe is facing war crime allegations.

Paradoxically, the former president has been the primary critic of the process because of the “exchanged impunity” with the FARC, an argument that echoes in much of Colombia because of the granted leniency for war criminals who cooperate with justcie.

In a poll recently conducted by pollster Ipsos, 77% of Colombian respondents said they rejected war criminals were again given the possibility to evade justice.

For them, this level of impunity is simply too much to ask and morally wrong.

The widely perceived impunity and the rejection of seeing convicted war criminals in Congress is pressing heavily on support of the entire deal that seeks not just to end the hemisphere’s longest war, but also far-stretching political and rural reforms that are seen as the cause of much of the violence.

How to sell impunity to war victims

A particular thing about Colombia’s electorate is that a quarter lives in urban areas where the conflict has been invisible for more than a decade and public life has gone about relatively unaffected by the violence.

For many of the urban dwellers, the vote will be a matter of principle.

Victim rights organizations, however, are almost unanimously in favor of the peace deal, in spite of the shared concerns in regards to justice and the FARC’s political power.

“We are concerned that the Special Tribunal for Peace or Transitional Justice, a jurisdiction created to judge FARC guerrillas, because of its origin in compromise, has come to prioritize the rights obtained by the victimizers over the constitutional and legal rights of victims to truth, reparation and non repetition.”

Nevertheless, Lopez — who spent seven years in FARC captivity and saw 10 of his colleagues executed — said in an editorial published on this website that “any deal is preferable to continuing a war that has taken too many years and too many lives.”

Victims of war crimes committed by or in collusion with the state have also long supported the peace talks.

While the FARC’s main method of terror was kidnapping and the killing of perceived civilian enemies, the Colombian military left thousands dead in a mass execution campaign to ramp up the institution’s apparent success in defeating the FARC.

Their main spokesperson, House Representative Ivan Cepeda, has consistently spoken out in favor of the peace talks.

Cepeda’s father was a communist politician killed by a paramilitary death squad in collusion with state officials. The representative is under constant surveillance because of ongoing death threats.

“Let’s win with peace. Let’s go for the ‘Yes’ in the plebiscite,” Cepeda Tweeted Wednesday in spite of his opposition to President Juan Manuel Santos who was defense minister when the army killed hundreds of the victim represented by Cepeda.

While for Cepeda peace would mean a means to move towards reconciliation, for rural Colombians a lot more is at stake.

The army executions are reportedly ongoing. And last year, before a recent ceasefire, combat between the military and the FARC displaced more than 130,000 rural Colombians.

According to the country’s human rights office, thousands right now are at imminent threat of getting caught up in violence.

For these Colombians the plebiscite — a step in a long process towards peace and reconciliation — is not a matter of principle, it’s not even a step towards reconciliation, it’s a matter of survival and the opportunity for an eventual new normalcy.