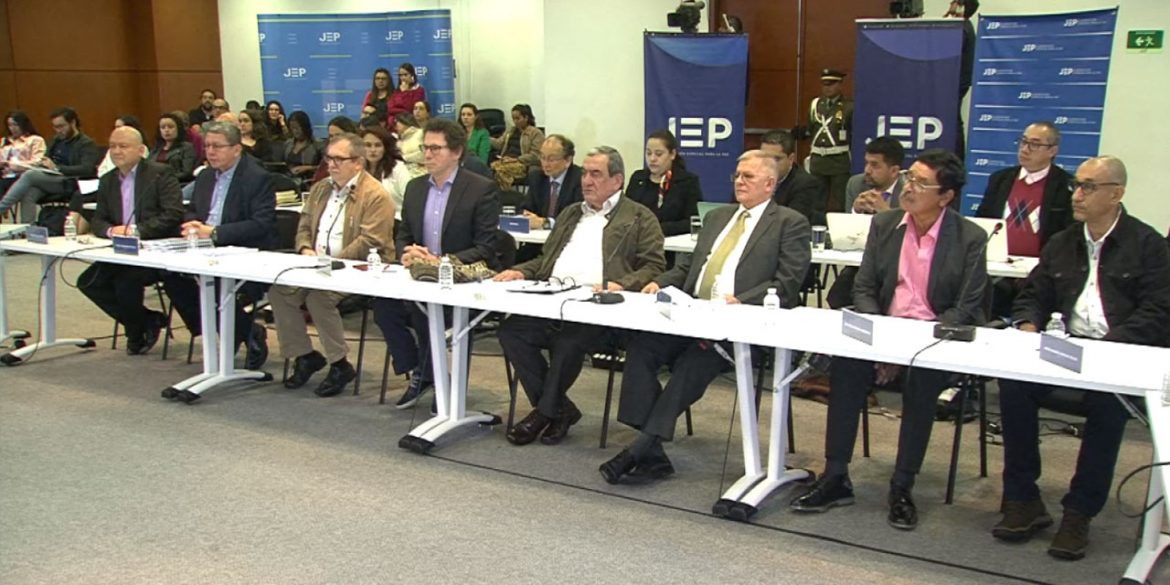 Former top commanders of the FARC admitted their responsibility for the for guerrillas’ mass kidnapping of civilians on Monday in a historic appearance before Colombia’s war crimes tribunal.

For the first time in history, the FARC leaders appeared in court to disclose details about their former guerrilla group’s kidnapping practices that left between 2,500 and 8,500 victims between 1993 and 2012 when the FARC banned the practice.

The 11 former guerrilla commanders who appeared before the court all accepted their responsibility in the war crimes and vowed to tell the truth, particularly in the cases of 522 victims who died in captivity.

Twenty former guerrilla commanders who had been summoned by the Special Jurisdiction for Peace (JEP) did not appear. Many of them rearmed last month under the leadership of “Ivan Marquez” and “Jesus Santrich.”

“Timochenko,” the current president of the FARC’s political party and the former military commander, spoke on behalf of the guerrilla leaders in court and affirmed they “take collective, ethical and political responsibility for the harm caused to the people and families who were victim of this unfortunate practice.”

The FARC leader stressed that his group’s report on kidnapping did not seek to “justify any conduct that in violation of international humanitarian law and human rights, but make the objective causes that brought us to construct what used to be the FARC”‘s guerrilla organization.

The FARC report on kidnapping is one of many received by the court that seeks to clarify the phenomenon, locate the victims who died in captivity and make sure that the FARC leaders compensate the victims.

Of the many war crimes committed by the FARC during their armed conflict with the state, the kidnappings are arguably what traumatized society most.

For more than two decades, the group did not just kidnap individuals for political or extortion purposes, but also carried out mass kidnappings.

Many victims were held in the most horrid of circumstances, for example in provisional concentration camps or chained to a tree in the jungle.

Some victims did not survive the hardship of their captivity while others were executed if the family was unable to pay ransom or in the case of a military rescue mission.

The JEP and the Truth Commission seeks to not just deliver justice, but also find out what brought the group to such brutal practices in part to guarantee non-repetition.