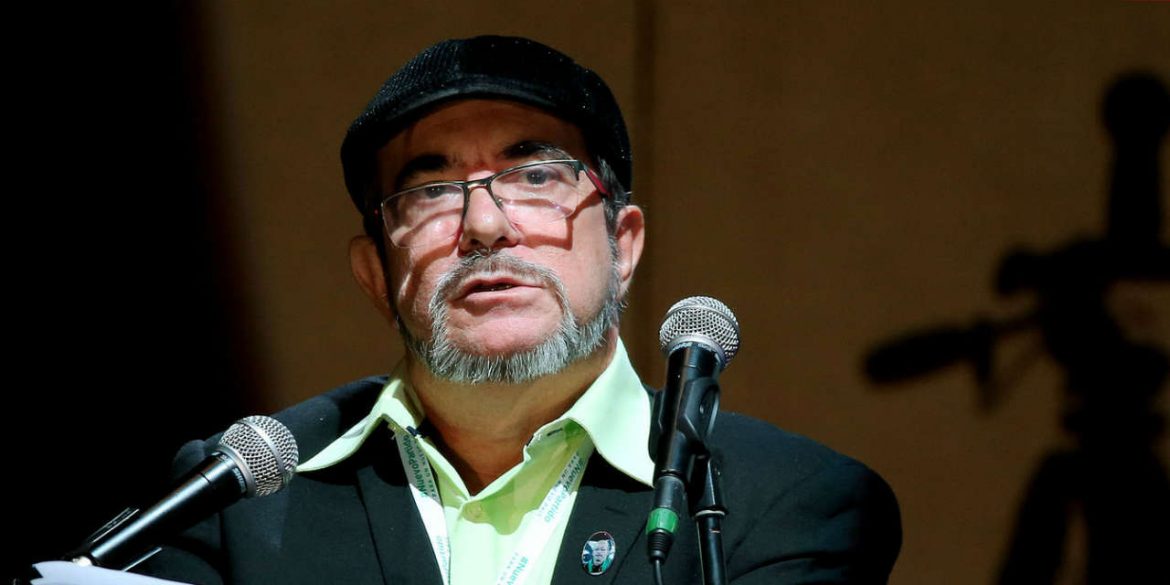 In an interview with pundit Vicky Davila of weekly Semana, Londoño denied his group recruited children younger than 15, which is a war crime, and denied minors were recruited by force.

The FARC’s former military commander who is also known as “Timochenko,” denied that child soldiers were either recruited under 15 or by force.

Additionally, before becoming the FARC’s military chief, “Timochenko” was in charge of the guerrillas’ recruitment.

We had a rule that was approved at the seventh conference that was 15 to 30 years, it was even a discussion. At that conference we defined recruitment and it was a long discussion where they said what the age should be and many expressed that the minimum age should be 17, but the issue is to see the field. You know what a 15 year old child is in the field, where he is practically an adult and there are many experiences that he has gone through, so it was approved that between 15 and 30 years old he would be admitted.

If Londoño tells the war crimes tribunal what the former guerrilla chief told Semana, the FARC director could be stripped of his judicial benefits and even be kicked out of the peace process.

Former child soldiers told the National Center for Historical Memory (CNMH) that the FARC, like all other illegal armed groups, recruited children under 15.

No, I didn’t want to be out there but it’s just the way it is. You’d be feeling bored but would have to be strong so they don’t see you as bored, because if you are bored suddenly they ask if you are bored, and they’d ask you if  you were working for the Army? Or they’d ask if I was demoralized. You are asked about all this. That’s why if I was bored I wouldn’t show it.

Former child soldier who was recruited at 14

Many of the former child soldiers have confirmed they didn’t enter the guerrilla group under the explicit threat of violence, but that the guerrillas used more sophisticated means like making false promises and veiled threats.

Once the children were in the FARC, some testified, the child soldiers learned there was nothing voluntary about their participation in the war.

I ran away, but not before being very clear that I was not going to be part of another group against them, because that would put my family at risk. So I got out, I went to Medellin, from Medellin I went to Valle del Cauca, to Cali, from Cali I went to Buenaventura. During those months I had very little contact with my people, with my family, because I was afraid that they would find me and kill me.

Former child soldier who was recruited at 14

In some cases, former child soldiers told the CNMH that at least one commander close to Londoño had a habit of raping his recruits.

Former child soldier about being raped by the FARC’s late #2, “Raul Reyes”

The FARC director and another top commander were scolded by the Special Jurisdiction for Peace (JEP) about painting too rosy a picture of their guerrilla group.

The JEP made it clear to the former guerrilla leaders last year that the war crimes tribunal expects confessions, not excuses.