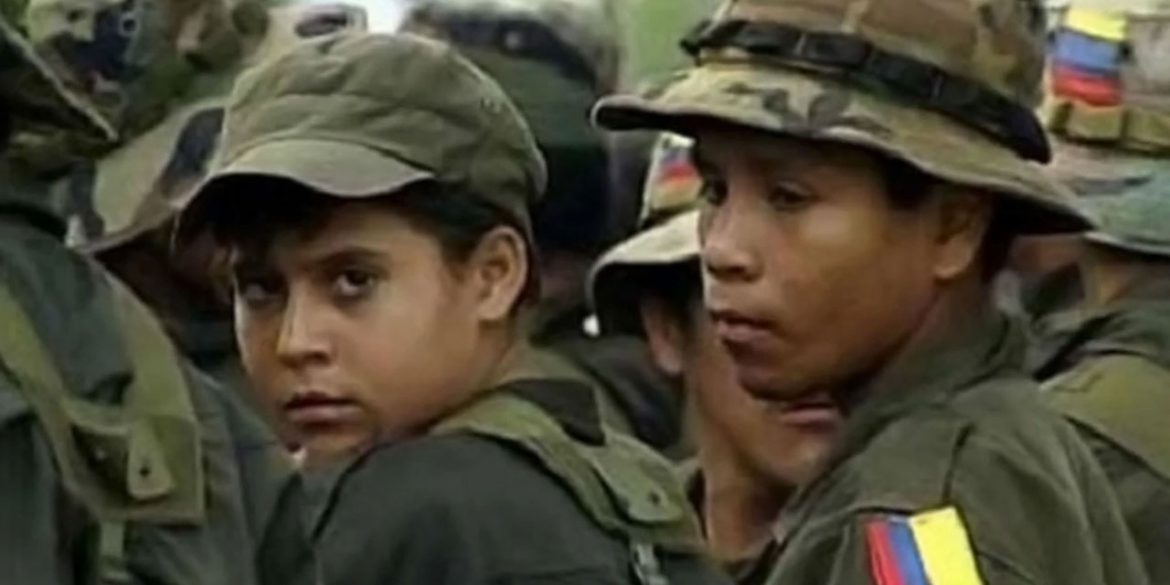 Colombia’s war crimes tribunal received a report on child soldiers on Wednesday, detailing abuses children suffered at the hand of guerrillas and the armed forces.

The report was complied with the help of youth advocacy group Benposta Nacion de Muchach@s and the European Union, as part of the War Crimes tribunal’s ‘Case 7’ whose remit is to investigate the “recruitment and use of boys and girls in the armed conflict.”

The witnesses, who asked that the handover of the report take place behind closed doors, explained why they wanted to produce it: “we don’t want what we lived through to be repeated. The FARC as much as the military committed atrocities, so we want to reopen the case and be recognized as victims.”

Despite the FARC previous denials that it ever supported the practice, the Prosecutor General’s office puts the number of minors recruited by the guerrillas during the war at 5,200.

“The FARC said they didn’t use child soldiers in the conflict, but I am living proof that they did,” said an unnamed male recruited at the age of 13.

Children often played an active role in combat, to the extent of being asked to carry and deploy antipersonnel mines, according to the International Campaign to Ban Landmines.

While the majority of child recruits were male, the report also details abuses suffered by girls. One female recruit told of how “abortion was a necessary thing”, carried out by the fighters themselves.

“They had their own medicines and tools but it was cruel and left a lot of girls scarred” the unnamed ex-soldier recounted in her harrowing testimony.

Furthermore, according to the UN, FARC sent child recruits home en masse as the peace process began in December 2016, causing the minors to miss out on support programs provided in the peace deal and leaving them vulnerable to recruitment by other armed groups.

Sending them home also allowed FARC commanders to evade justice for their recruitment, which constitutes a war crime.

The report also went into considerable detail on ‘Operation Berlin’, an armed forces operation carried out in 2000 against a FARC cell comprised mainly of child soldiers, leaving “an unknown number of fatalities” and allegedly involving unspeakable atrocities.

Under orders from FARC, the Arturo Ruiz division had moved from a demilitarized zone to the municipality of Surata, Santander, northern Colombia,  to fight paramilitary groups and the army.

Victims told of abuses they suffered at the hands of the armed forces in the “many days of conflict” that followed.

In one particularly chilling account, an ex-child soldier recalled witnessing armed forces personnel execute a group of child soldiers after they had surrendered.

They knew that there were many children in the group. A group of 17 surrendered but they still executed them, only one girl survived. I know this because they made me help recover the bodies

Over the coming years, the court will seek “to investigate this crime against humanity. Not just will the cases of boys and girls who have been obligated to bear arms, but also those who have carried out any kind of duty for any legal or illegal armed group, be it as cooks, carriers, messengers or for spying and sabotage activities.”