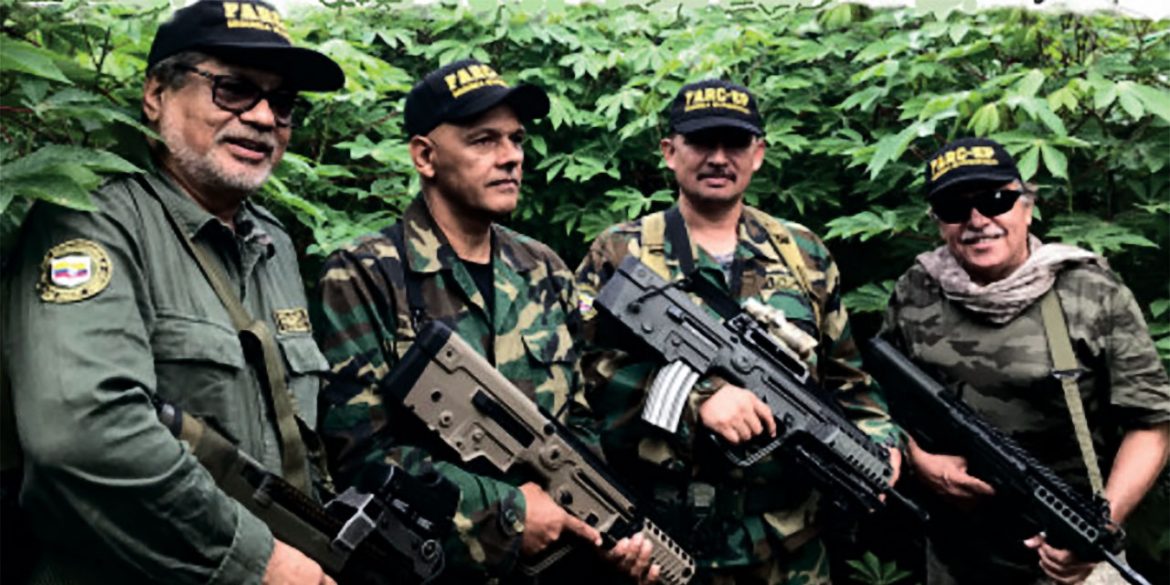 FARC dissident leader “Ivan Marquez” reappeared on Monday, a year after his rearmament that apparently failed to trigger a rebirth of what used to be Colombia’s largest guerrilla group.

The public statement of Marquez and his men was signed by six former FARC commander, a fraction of the 20 who took part in the public presentation of the “Nueva Marquetalia” group on August 29 last year.

Independent conflict monitor Indepaz said earlier this month these three groups have no more than 300 armed fighters and pose no threat to national security.

All other dissident groups and rearmed guerrillas either obey to the Southeastern Bloc of “Ivan Mordizco” and “Gentil Duarte” or operate independently.

The wishful thinking of “intelligence”

Media have been citing “intelligence” claiming activity of Nueva Marquetalia members in the southwest of the country, but none of these claims have been confirmed and some were proven false.

President Ivan Duque and his Defense Minister Carlos Holmes Trujillo have spun all kinds of conspiracy theories that put Marquez at the center of a united guerrilla army that include the ELN, but the reality is different.

Mordizco and Duarte, who are believed to command between 1,900 and 2,300 fighters, appear to have completely sidelined Marquez while having shown more success in trying to unify dissident guerrillas.

The biggest threat, however, is formed by the two dozen independent dissident groups that operate mainly in the southwest of Colombia and are engaged in countless turf wars over control of the drug trade, often with the support of Mexican cartel associates.

Marquez and whatever is left of his group has lost the combative spirit with which they took up arms again last year.

Their anniversary statement, “Duque Must Go,” was little more than an echo of popular discontent about the president and a repetition of press allegations that the ruling far-right Democratic Center party is corrupt.

Marquez will get what he want; Duque will go, when the president’s term ends on August 7, 2022.

The FARC’s political leader made no announcement of political or guerrilla initiatives, but called for unity and a new government, possibly in the hope he may be allowed to take part in the peace process again.