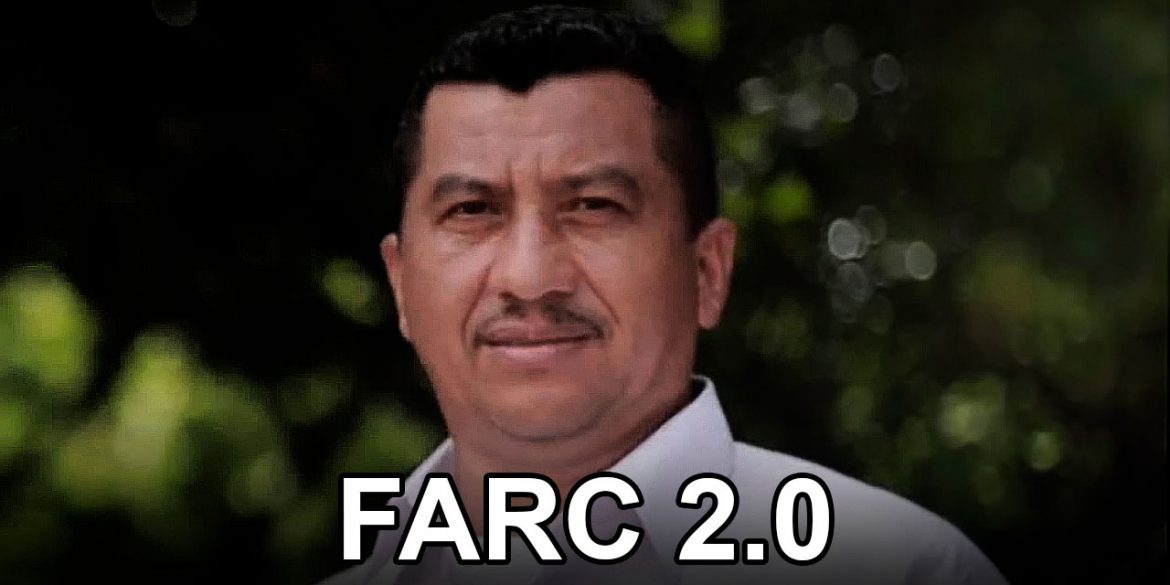 Dissident mid-level rebel commanders who were expelled from the FARC in 2016 have reportedly retaken control of territory abandoned by the group’s demobilized leaders in 2017.

Under the leadership of “Gentil Duarte,” FARC 2.0 has successfully consolidated control over many of the territories and fighters who have turned their back on the FARC’s leaders who formed a political party as part of a peace process, reported La Silla Vacia.

Military failures to assume control over abandoned territory and chronic government failures to implement the peace process have fueled the power of this new guerrilla group, which is now active from the southeast to the northwest of Colombia.

The commander of the FARC’s former 1st front, “Gentil Duarte,” announced in July 2016 that his unit would disobey orders to end all criminal activity ahead of a ceasefire that resulted in a peace deal of November that year.

We have decided not to demobilize. We will continue our struggle to take power for the people, independent of the decision of the rest of the fighters or the guerrilla organization. We respect the decision of those who renounce the armed struggle, abandon their weapons and reintegrate into civil society- we do not consider them our enemies.

Former FARC mid-level commander “Guacho”  also declared himself a dissident in southwest Colombia amid tensions between the demobilizing rebel leadership and militia members in the area around Tumaco, the country’s most coca-rich municipality.

Some 13,000 FARC members remained loyal to “Timochenko” and “Ivan Marquez,” the main promoters of the peace deal agreed with the government of former President Juan Manuel Santos, and disarmed in mid 2017.

The demobilization effectively led to the end of FARC control in the north of Colombia, and the troubled Cauca and Choco provinces in the west.

The unraveling of the peace process

By September 2017, the former commander of the 27th front, “Rodrigo Cadete,” abandoned the process and joined Duarte.

The arrest of the FARC’s long-time ideologue “Jesus Santrich” in April 2018 spurred the demobilized guerrillas’ former political chief, “Ivan Marquez” and at least 10 other former mid-level commanders to go into hiding.

It is uncertain whether these guerrilla chiefs have rearmed.

But by mid-2018, conflict monitors had received reports that FARC units in long-time conflict areas like northern Antioquia, Catatumbo, Putumayo and Cauca had rearmed.

Meanwhile, the FARC’s original leaders, with the exception of Marquez, persisted in urging their former subordinates not to abandon the peace process and to support the group’s newly founded political party.

But earlier this month, only 1,700 of the 6,000 guerrillas who entered the demobilization, disarmament and reintegration camps were still enrolled in them.

The vast majority had gone home while an estimated minority had rearmed.

The initial expansion of FARC 2.0

Taking advantage of the government’s failures to execute the peace process, Duarte began seeking the reunification of the disperse dissident groups and rearmed guerrillas.

Cadete reportedly played a key role in this, initially recruiting frustrated FARC members and new recruits in his old stronghold of Caqueta.

Duarte also sent Cadete to Nariño to convince Guacho to join forces, but without success, according to a source from the area.

The former 27th Front commander then traveled to Putumayo to convince the rearmed 48th Front to join what is now known as the “Southeastern Bloc,” reportedly with success.

“John 40,” another one of Duarte’s initial dissident allies, successfully rearmed the FARC’s 33rd front in Catatumbo in mid-2018, according to the website. 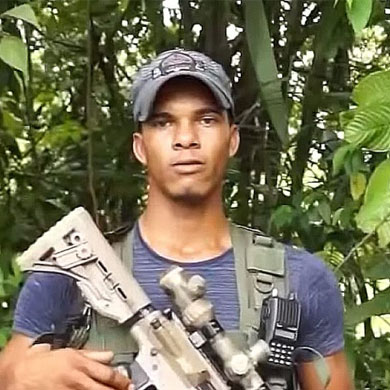 Guacho was killed in Nariño in December last year and Cadete was killed in January in Caqueta, the province between Putumayo and Duarte’s home base in Guaviare.

The military confirmed the locals’ suspicions that the two dissident groups had formed and the alliance, according to La Silla Vacia.

Missing FARC commanders “Romaña” and “El Paisa,” who were among the most vociferous supporters of the peace process until they went into hiding, have allegedly been spotted in Nariño, but these claims have not been verified.

Duarte reportedly would also have been able to convince the 6th Front, the FARC’s rearmed former elite unit in Cauca, to join FARC 2.0, but this alliance could be weak, according to one source, after AGC paramilitaries killed these rearmed guerrillas.

With the reported alliances in Caqueta, Putumayo, Cauca, Catatumbo and Nariño, Duarte would have control over most of Colombia’s coca cultivation areas and crucial drug trafficking routes to three neighboring countries and the Pacific Ocean.

The only front that is still believed to operate independently is the 36th Front that rearmed in northern Antioquia and is relatively isolated from the rest, but considering Duarte’s success in incorporating and reinforcing rearmed guerrillas in his FARC 2.0 expansion project, their incorporation may just be a matter of time.

The expansion of Duarte severely weakens attempts by “Timochenko” and the FARC’s former Bloc commanders to keep their former fighters committed to the peace process and could even isolate the FARC leaders from their original base.

President Ivan Duque’s ongoing resistance against the peace process is not likely to end anytime soon while growing unemployment, violence from paramilitary groups and persistent discontent about the government have long facilitated the relatively easy recruitment of new members.

Furthermore, experts have long warned that the government’s aggressive approach against coca farmers could lead them to seek protection from the FARC or other illegal armed groups.

According to the most pessimistic estimates, the FARC dissidents and rearmed units have recruited and armed approximately 3,000 members within a period of three years. There is no indication FARC 2.0 is done expanding.