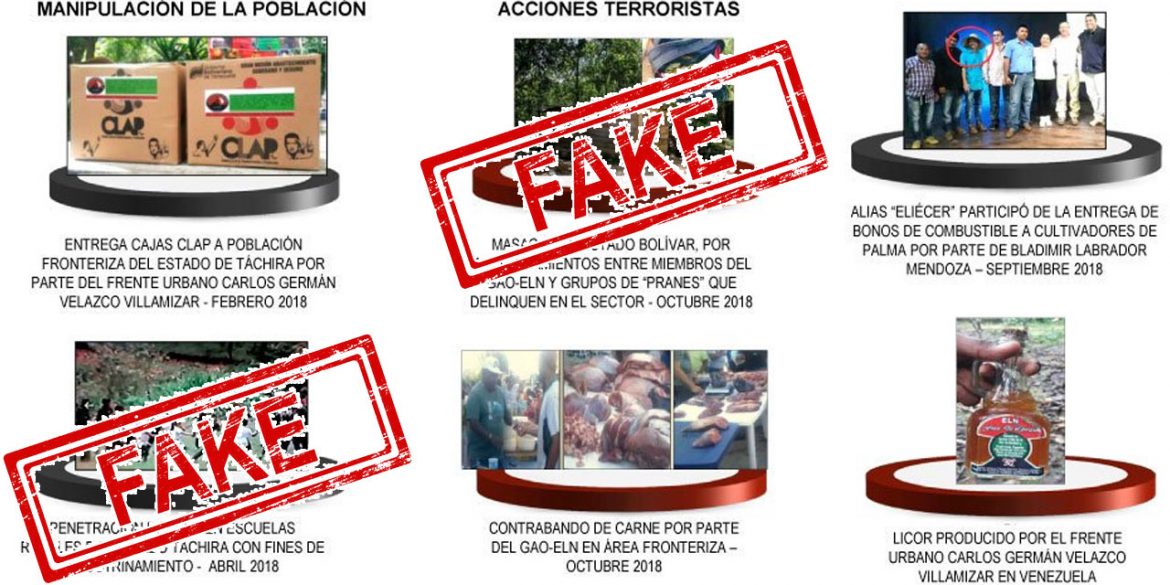 Colombia’s military chief said Friday that photos falsely presented to the United Nations as “proof” Venezuela is “harboring terrorists” were “illustrations, not evidence.”

Duque was humiliated again on Friday when French news agency AFP said that one of the photos presented by the president as “proof” of Colombian guerrilla activity in Venezuela was actually taken in Colombia.

Newspaper El Colombiano reported on Thursday that a photo used as evidence of “the penetration of the ELN in rural schools in the state of Tachira” was also taken in Colombia and from 2015, not 2018 as claimed by the government.

Hours before, the president released parts of the report with alleged evidence of ties between his Venezuelan counterpart Nicolas Maduro and Colombian guerrilla groups to UN Secretary General Antonio Guterres.

Armed Forces commander General Luis Navarro admitted in a press conference that the image presented as “proof” of the indoctrination of children was in fact used as “illustration, not evidence.”

Navcarro’s press conference was held before AFP said that a photo of “a massacre in the state of Bolivar” allegedly committed by a coalition of ELN and dissident FARC guerrillas was taken in the Catatumbo region earlier this month.

“I took that photo on September 20 on a trip to the region I did for a report,” AFP photographer Luis Robayo said.

The fabricated evidence given to the United Nations adds to alleged misinformation provided to the Organization of American States (OAS) by Foreign Minister Carlos Holmes Trujillo.

The minister was forced to retract his unsubstantiated claim made at the OAS that a reintegrating FARC rebel leader took part in alleged activity of dissident FARC leader “Ivan Marquez” in Venezuela.

Meanwhile, Venezuelan authorities and local media have released evidence that confirms claims Duque colluded with drug traffickers in a failed operation in February that sought to force American aid trucks across the border.