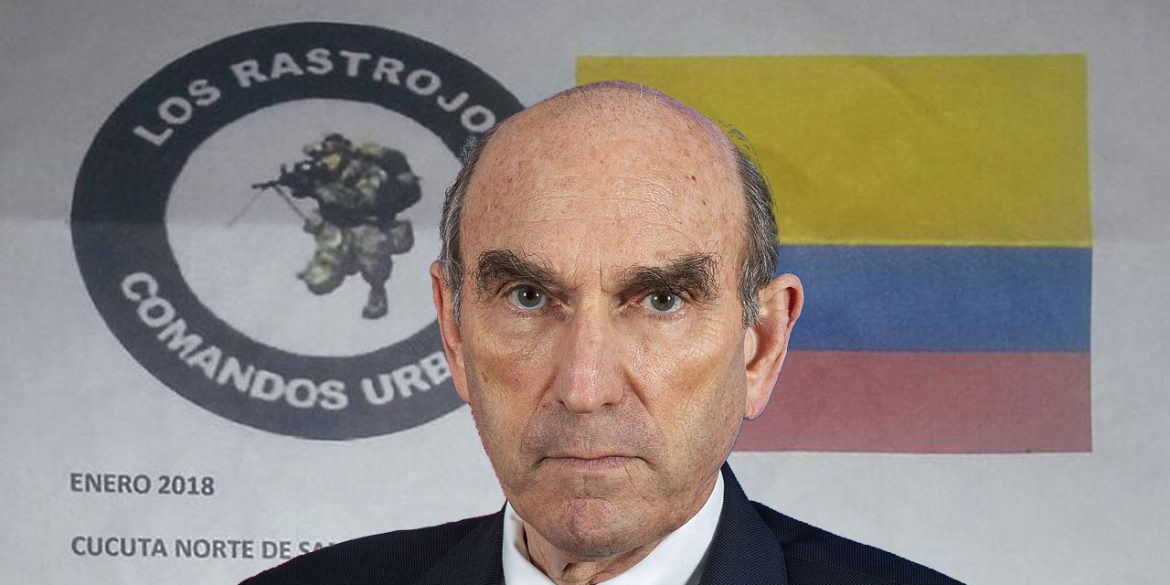 The United States’ Special Representative for Venezuela, Elliot Abrams, is in trouble again over a scandal similar to the Iran-Contra Affair, this time in Colombia.

The evidence of the use of drug traffickers in the US-sponsored attempt to oust Venezuela’s disputed President Nicolas Maduro is only just surfacing, but Abrams’ name is popping up a lot.

One incident in particular is drawing the attention; the failed attempt to force “humanitarian aid” from Colombia into Venezuela on February 23, the day that Venezuelan opposition leader Juan Guaido’s 30-day term as self-declared interim president ended.

The last-minute operation was led by Guaido, promoted and sponsored by the administration of US President Donald Trump, and coordinated with Colombia’s President Ivan Duque and drug trafficking organization Los Rastrojos.

Because the opposition leader was not allowed to leave Venezuela, Guaido was only able to cross the border through one of the illegal border crossings and in secret.

These border crossings are largely controlled by leftist guerrillas, except in Puerto Santander, where Rastrojos ringleader “Necocli” controls a drug trafficking and contraband route in an area called Guaramito.

According to Juan Felipe Corzo Jr, the Cucuta councilman who received Guaido together with presidential bodyguards, the operation to smuggle the opposition candidate into Colombia was coordinated on Wednesday, February 20 with the opposition leader’s personal assistant, Roberto Marrero, the same day that US ambassador Kevin Whitaker met with Guaido’s ambassador in Bogota, Humberto Calderon.

On Thursday, Abrams announced he was flying to Cucuta to deliver additional “humanitarian aid.” Guaido announced he would travel to the border city of San Cristobal to pick up the aid on Saturday and left around 9PM Colombian time the same evening.

In Guaramito, the Rastrojos imposed a curfew, allowing nobody to leave their homes until further order, locals told human rights NGO Fundacion Progresar.

Abrams arrived at Cucuta airport on Friday around 9AM, an hour after Guaido’s aides said that the Venezuelan opposition leader had arrived in San Cristobal.

Abrams and Whitaker visited the airport warehouse where USAID supplies were being stored and held a press conference after Richard Branson’s aid concert had begun at 11AM.

After that, the Americans disappeared from the public eye. Duque and Almargo stayed at the airport from where Saturday’s operation was being coordinated.

Instead, he went 50 kilometers north where he got into the car of Jonathan Zambrano, a man from border town La Fria, who told Colombian TV he was told at the last minute to drive the opposition leader across the border.

Corzo, Venezuelan opposition figures and the presidential bodyguards took Guaido to the presidential helicopter that was waiting on the football field and the delegation traveled to the airport of Cucuta where Duque and Almagro were waiting.

They arrived at around 5PM when the concert was nearly over and proceeded to prepare the forced entry of American aid trucks on Saturday.

The bursting of the bubble

The last day of Guaido’s self-proclaimed presidency was a disaster. A border guard pulled the car key from the first truck of the aid convoy and that was it.

The situation then turned violent. Opposition supporters throwing molotov cocktails to Venezuelan border officials set at three trucks on fire and 280 people were injured on Colombia’s side of the border alone, mainly by teargas fired by the Venezuelan National Guard.

Abrams and Whitaker, who were supposedly coordinating Washington’s support for the operation, were nowhere to be seen.

When the clock struck midnight, Guaido’s self-proclaimed presidency was over, Caracas has closed all the borders and broke all ties with Colombia and the US.

Abrams disappeared. By the time Mike Pence arrived on Monday, the special envoy appeared to quietly have already left. He reappeared in New York on Tuesday. 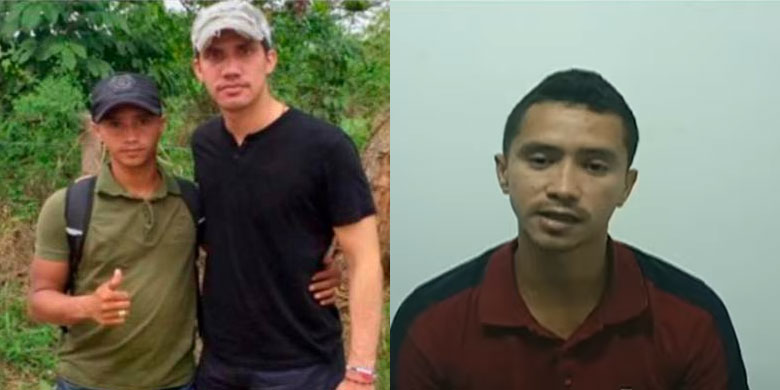 “Nandito” with Juan Guaido (L) and after his arrest in Venezuela.

The arrest of Los Rastrojos member “Nandito” in Venezuela earlier this month changed everything and put Abrams in the worst position since 1991 when he admitted he had lied to Congress about his subordinates’ cocaine trafficking, and arms sales to Iran to buy weapons for death squads in Central America.

The images confirmed the claims by locals from border town Puerto Santander that the drug traffickers had been in charge of delivering the opposition leader to Colombian officials.

What happened was that a month after Abrams had returned to Washington to pick up the pieces, Venezuela arrested Necocli and an internal power struggle submerged the border region in violence.

“El Menor,” one of the narcos posing with Guaido, was seriously injured in a massacre and arrested in June.

“Brother,” another one of Necocli’s men, surrendered himself a few days later almost exactly where he took photos with Guaido, according to the Colombian military. 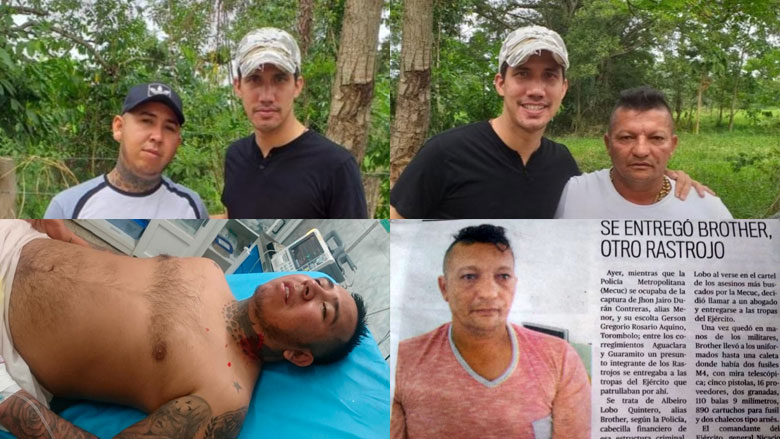 Nandito was able to escape the massacre that killed his parents earlier this month, but was caught by Venezuelan police.

They slowly began releasing the evidence that confirmed the locals’ claims that Guaido and Abrams’ last-minute attempt to oust Maduro was coordinated with the narcos.

According to Nandito, Necocli was asked by a confidant of then-Tachira governor Laidy Gomez and the mayor of Puerto Santander to provide security and make sure Guaido arrived in Colombia “safe and sound” on the day that Abrams announced his trip to Colombia.

Nandito and Corzo confirmed that the trip was coordinated with Guaido’s personal assistant, Roberto Marrero, the day that Whitaker met with the opposition’s ambassador in Bogota.

[Marrero] needed that Necocli or “Neco” fully secured Juan Guaido’s crossing into Colombia , providing all the necessary security… The mayor of Puerto Santander, Henry Manuel Valero, who according to him had been sent by the Colombian government, also approached the organization.

Nandito said that the Rastrojos took the photos with Guaido “for security,” which they got, unlike the people of Colombia and Venezuela. Guaido is now investigated for his alleged ties to drug traffickers and Colombia’s government, the United States’ staunchest ally, is in shambles.

Notwithstanding, “we have the impression that we are winning in our support for the Venezuelan people and Juan Guaido,” Abrams stumbled on Saturday. We are not.

Abrams’ latest failure has brought the region on the brink of war while the crisis in Venezuela has only gotten worse since Trump put the convicted felon in office.