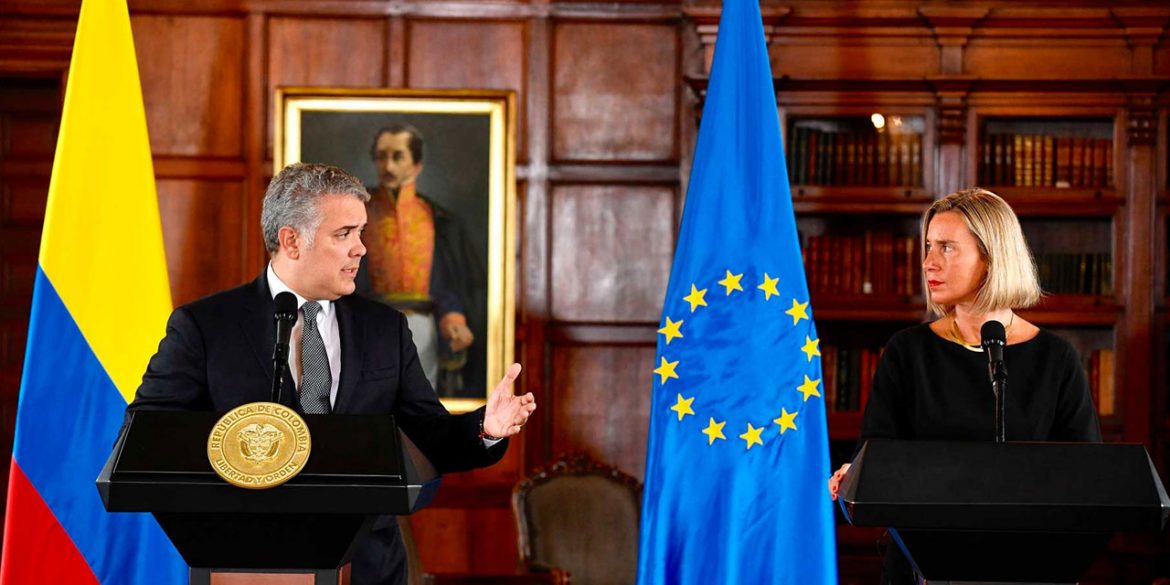 EU reminds Duque his responsibility is implementing peace in Colombia

The European Union’s foreign minister told Colombia’s President Ivan Duque on Thursday he can forget about support for military intervention in Venezuela and ought to proceed with his country’s peace process.

EU Foreign Minister Federica Mogherini’s visit couldn’t have come at a more delicate moment; Duque has been under immense pressure over his government’s failures to implement a peace deal with demobilized FARC guerrillas while stirring up military tensions with Venezuela.

Following their meeting, Duque again blamed the neighbor of harboring terrorists, but Mogherini countered this by politely reminding the president that Europe expects him to implement policies to end the country’s 55-year-long armed conflict.

“Like with all European support, we have not come to replace the responsibility of the State in the implementation of peace,” the EU’s foreign minister told Duque in front of the press.

In an op-ed in newspaper El Espectador, Mogherini stressed European’s stake in the peace process that is opposed by Duque’s far-right Democratic Center party.

We have supported the peace process from day one, politically, but also with one and a half billion euros in investment.

The foreign minister additionally stressed the EU’s opposition to a military intervention in Venezuela.

“We reiterate that the solution to this multidimensional crisis must be peaceful and democratic,” the European foreign minister said, again stressing that the EU’s priority is Colombia’s peace process.

The Colombian government is cornered after Mogherini’s dismissal of Duque’s claim Venezuela is a harboring terrorists, the UN’s call on Duque to talk to Maduro and United States President Donald Trump firing his national security adviser John Bolton for “crossing the line” in regards to Venezuela.

Basically, Duque and Venezuelan opposition leader Juan Guaido can only count on the military support of the Organization of American States, including the US, in the event Maduro attacks Colombia.

Meanwhile, both the UN and the EU have made it clear they expect Duque to implement peace policies rather than turn the peace process into an international armed conflict.